A series of disturbances will ride along a frontal boundary creating the threat of scattered showers & t’storms. Any storms could produce heavy rain which could cause street flooding. Overall though, the weekend should not be a washout. Scattered showers and storms will pop up during the afternoon but not everybody in the South Jersey area will see it. The best chance of any showers will be further south into Cape May County. 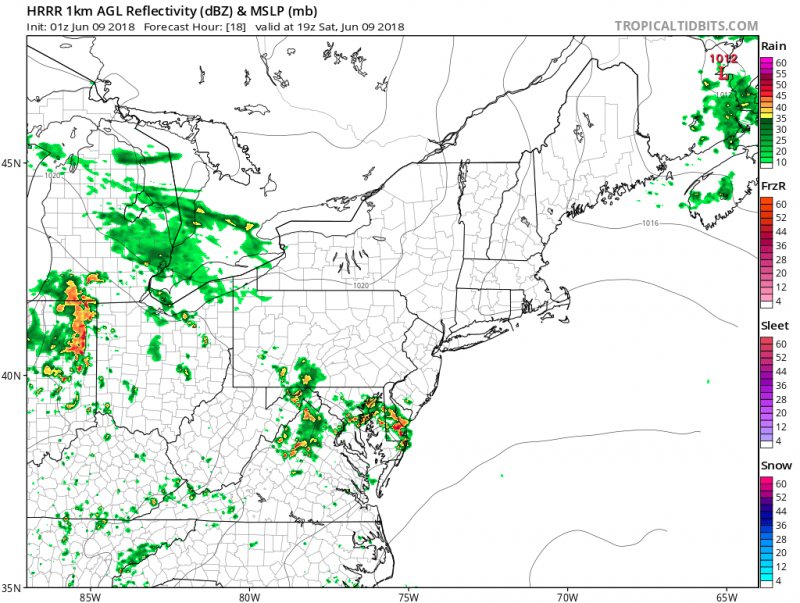 Humidity will remain high for Saturday with a good deal of clouds. Temperatures will be in the mid 70s. Winds will be light out of the southeast with ocean temperatures in the mid 60s.

Sunday the frontal boundary will slide a little further south and high pressure will nudge into our area which could keep us on the drier side, although we can’t rule out a shower. Clouds will remain as winds will shift to the easterly direction which will make us a little cooler and less humid. Highs will be in the upper 60s.

However, another batch of steadier and possibly rain will arrive late Sunday night. 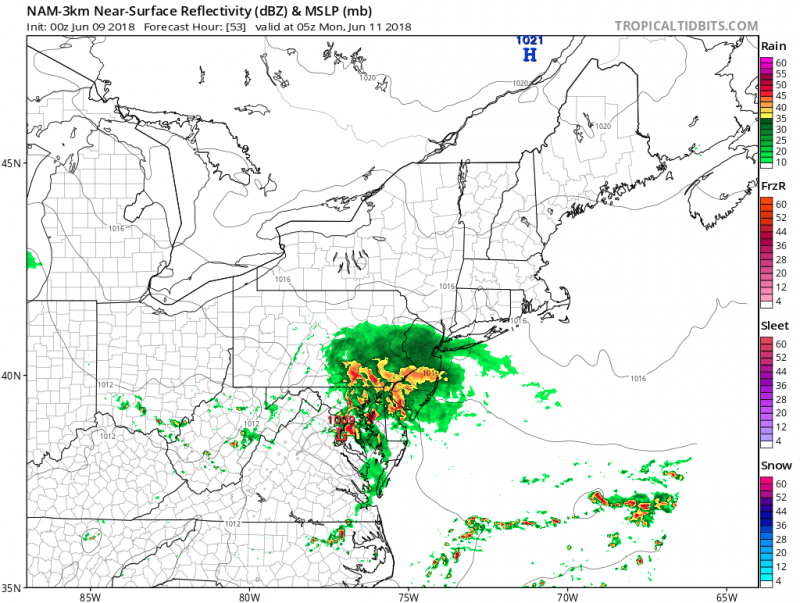 Rainfall amounts between Saturday afternoon/evening and along with Sunday night’s batch of rain could range between 1″-2″ with locally higher amounts.