For Michelle Grossman and other beachgoers in Sea Isle City, it was a day too awful to contemplate – the unofficial end of summer.

“Very sad,” Grossman said of her end-of-the-summer blues while soaking up the sun in the waning hours of the Labor Day weekend.

“September is still nice enough to come down to the shore. But it’s different. The stores start closing, for one thing,” Grossman continued. “I’m not looking forward to that.”

Her boyfriend, John Byrne, nodded his head in agreement. He wasn’t ready to say goodbye to summer, either.

Grossman, Byrne and their friend, Melissa Ferry, all of Ridley, Pa., were enjoying the beach and refreshing breezes at Townsends Inlet during a spectacularly sunny Monday afternoon to close out the holiday.

Echoing Grossman’s sentiments about feeling sad that summer is ending, Ferry said the vacation season simply “went by too fast this year.”

“I think summer should be extended to the end of September,” Grossman added.

By all accounts, the summer of 2019 will go down as one of the best in recent memory. A virtually unbroken string of beautiful weather at the Jersey Shore gave Sea Isle “a truly outstanding” summer, Mayor Leonard Desiderio said.

“I am going to declare the summer of 2019 a huge success,” Desiderio said in a statement posted on the city’s website.

Visitors and residents alike squeezed a few more hours out of the holiday weekend on Monday by relaxing on the beaches, dropping a fishing line in the water or heading out on their boats.

Bob Yerka, of Woodbury Heights, Gloucester County, caught five snapper blues while fishing in the shadows of the Townsends Inlet Bridge. He gave two of the fish away, keeping the other three for dinner for him and his wife, Rose.

“We’ve been coming to Sea Isle for 30 or 35 years,” Bob Yerka said of their summer vacations. “I like the beach. I like Townsends Inlet. We like the concerts.”

The Yerkas have a summer vacation place at a campground in neighboring Dennis Township. Over the summer and during other parts of the year, they are joined by their five children, 14 grandchildren and two great-grandchildren.

There are so many members of the family that Rose Yerka buys beach tags in Sea Isle, Ocean City and Avalon.

Although Labor Day closes out the unofficial summer season, the Yerkas plan to stay at the shore until November. The couple enjoys the solitude of the quieter off-season months.

“I kind of like it. It’s less crowded,” Bob Yerka said. “For us, our vacation’s not over yet. We start packing up in November.”

Over at the Pier 88 marina, Bob Gannon and his wife, Kelly, of Doylestown, Pa., were getting ready to take out their 21-foot boat for the holiday. They were joined by their friend, Bill Ratzke, and his niece, Danielle Devine, also of Doylestown.

They were planning to cruise around a little bit and explore a small island adjacent to Sea Isle.

When asked how they felt that summer was coming to an end, Ratzke and Devine simultaneously blurted out “sad.”

However, Ratzke noted that they were also looking forward to spending time in Sea Isle for a few more weeks, while the weather remains warm.

“We’ll be down for four more weeks. There’s still a lot more to do,” he said. 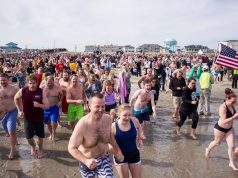 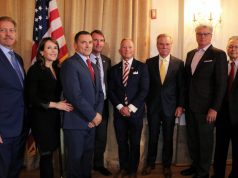 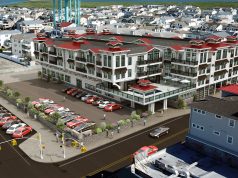