“When do we walk across the street?” Colleen Klesh asked her daughters, Natalie and Emma, as they stood at the corner of John F. Kennedy Boulevard and Landis Avenue while afternoon traffic passed by at the busy intersection.

Natalie, 5, looked at her mom and replied in a soft voice barely audible above the traffic noise, “When we see the stick man.”

Klesh nodded her head yes and asked her daughters another question: “When do we not walk across the street?”

Natalie had the right answer again. “When the red hand shows up,” she said.

The “stick man,” as Natalie calls it, is the image of a pedestrian crossing the street that is part of Sea Isle City’s automated traffic control system at major intersections in town. The red hand is the symbol that instructs pedestrians not to cross the road.

There are also a series of audio commands that direct pedestrians when – and when not to – cross the street.

Colleen Klesh and her husband, Brian, visitors from Newtown, Pa., believe it is never too early to begin educating Natalie and 3-year-old Emma about traffic safety.

Lt. William Mammele said no pedestrians have been struck by motorists this summer – and the police department wants to keep it that way.

“Knock on wood. We’ve been very lucky considering what we see every day,” Mammele said of the busy streets.

Over the years, there have been pedestrian accidents in Sea Isle, Mammele noted.

Sea Isle’s year-round population is about 2,000, but during the summer vacation season the number of people in town swells to an estimated 50,000 to 60,000. Recognizing the potential dangers when pedestrians, cars and trucks all share the same space, police have started their education program to try to keep everyone safe.

Earlier this summer, Sea Isle police began a program focusing on bike safety, including letting bicyclists know that they are required to follow the same traffic laws as motorists.

The pedestrian safety campaign includes a social media component, signs and banners. A series of “Drive Smart” and “Walk Smart” signs attached to the playground fence on JFK Boulevard stress the importance of both drivers and pedestrians acting safely.

“Drive Smart: We slow down for safety,” says one sign aimed at motorists. “Walk Smart: We look before crossing,” says another sign for pedestrians.

“It’s amazing how many people walk out without looking anymore,” Mammele said of pedestrians unsafely crossing the streets.

Although no one has been struck by traffic this summer, police want to get the message across that motorists must slow down and yield to pedestrians crossing the street, he explained.

“It’s difficult,” Mammele said. “There are obvious cases where drivers had no inkling to slow down.”

As part of the safety program, Mammele said the police department is planning to conduct “sting operations” in which officers in plainclothes pose as regular pedestrians crossing the street. Motorists will risk getting a ticket if they fail to slow down or stop.

Police are not announcing the dates for their sting operations, but Mammele said the pedestrian safety campaign is expected to fully get underway next week. 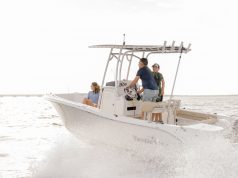