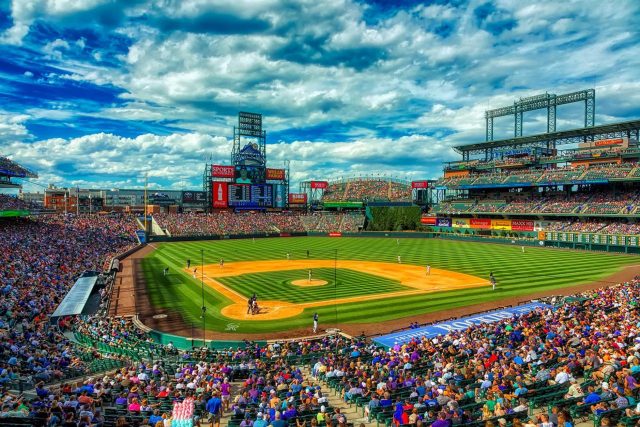 Mike Wargin of Colorado contributes information to several online publications. In the article below, Mike Wargin gives a rundown on the latest with the Colorado Rockies.

League-wide roster reductions and a spate of injuries may have momentarily knocked the Rockies but they’ve somehow managed to outperform their pre-season outlook. As they continue into the spring, Mike Wargin notes the Rockies are sure to make the most of their season and make up for their performance in Philadelphia.

Here Mike Wargin takes a quick look at what the Colorado Rockies have been up to and explore where this might lead them in the upcoming few months. We’ll look into recent wins/losses, injuries, and recent events that are causing upsets for the Denver-based team.

Mike Wargin explains that at the start of the 2022 baseball season, many teams were concerned that a shorter-than-usual training season would negatively affect their rosters. To compensate for these concerns, the MLB announced that teams could list 28 players on their rosters, compelling many to call up players from the Triple-A league.

However, Wargin notes these allowances were introduced with the caveat that they would expire once spring came. With April now over, many teams including the Rockies have been forced to cut their rosters back down to 26 players, sending a few Triple-A hopefuls back to their starting points.

For the Rockies, these contractions have meant losing two players. Following a soaring 10-1 victory over the Cincinnati Reds, RHP Ryan Feltner and 3B/1B Elehuris Montero were both removed and returned to the Albuquerque Isotopes. However, their achievements over the past month could mean they’ll soon find their way into the MLB.

Mike Wargin explains newcomer Kris Bryant doesn’t seem to be having much luck in his first month with the Colorado Rockies. After signing a $182 million contract with the team, he was soon placed on the injury list due to ongoing backpain. The original listing put him out of action until the team’s May 6 game against the Arizona Diamondbacks however it now seems that he’ll be benched a little longer.

In recent interviews, Bryant has come across as cautious about his injuries, indicating that he may push the return date further until he’s fully recovered. According to the player, he “doesn’t want to set a timetable for his return.”

In the meantime, Elehuris Montero has been given an extension, allowing him to continue playing in the MLB with the Rockies. This indicates that Montero will likely find continued success with the MLB, despite his knock back down to the Triple-A following the May 1 roster contractions.

Rockies Turn Around Following Big Losses to the Philadelphia Phillies

Many Rockies fans have reason to mourn today following a tragic four-game sweep at the hands of the Phillies last week. Mike Wargin reports that over the course of the four games, the Rockies continually came up short, finishing the series with a total 32-9 loss. This was the first time in 12 years that the Rockies lost four consecutive games to the Philadelphia-based team.

During the series, the Colorado players’ frustrations were on full display when usually amicable 1B Connor Joe slammed his helmet into the grass, leading into Thursday’s 7-1 loss. This was despite the Rockies’ solid hitting performance according to Mike Wargin, coming out ahead of the Phillies at 5-4. Yet, the Rockies just couldn’t make it around the bases.

Yet, when the Rockies returned home defeated, they managed to pull off a surprise victory against the Cincinnati Reds, kicking off a three-game series between the two teams. Mike Best of Colorado says thanks to a solid 7-inning performance by Kyle Freeland, followed up by impressive batting from Brendan Rodgers, C.J. Cron, and Randal Grichuk, the Rockies vastly outperformed the struggling Reds.

Mike Wargin says this marked a shift in the season for Rodgers who has been out of commission with back pains for the past few weeks. When asked about his performance, Rodgers reported that he felt good and ready to get back out onto the diamond.

If the Rockies can keep this performance up, they may be able to make a statement in the coming weeks and prove that they are still a team to be reckoned with. Starting this week, they will go about against the Washington Nationals in a three-game series, followed by another three-game series against the Diamondbacks at the end of the week.

Mike Best notes The Colorado Rockies have had an eventful few weeks, to say the least. From big losses to the Philadelphia Phillies to roster contractions, the team has had to face many challenges. However, they seem to be turning things around, starting with a victory against the Cincinnati Reds. Check in again later to see how they fare against the Nationals and Diamondbacks this week.