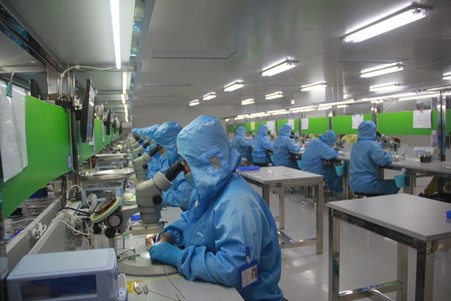 Richard Hansen of Auburn, AL is a pharmacist with a PhD in health outcomes research, and former dean and university professor. Currently Dr. Richard Hansen is a Fellow of the American Pharmacists Association. In the article that follows, Richard Hansen discusses some of the exciting new medicines in the R&D pipeline that could have a positive impact on peoples’ lives.

It has been a long 50 years since new medicine has been approved for those with Wilson’s disease.

The Food and Drug Administration recently approved Cuvrior, the first treatment for the debilitating inherited disorder with the potential to head to market in 52 years.

Richard Hansen explains that Cuvrior comes from Orphalan, a French company specializing in rare diseases that has waited 11 years to earn approval for U.S. consumption. Wilson’s disease, which impacts an estimated 10,000 Americans, blocks the liver’s ability to filter copper, leading to organ damage.

It’s often misdiagnosed as a more common form of disease of the liver. The company hopes to launch Cuvrior in America in early 2023.

In addition, the FDA has fast-tracked two gene therapy approaches to treat Wilson’s: Pfizer and Vivet Therapuetics’ VTX-801 and Ultragenyx’s UX701. Both are in trial phases.

Drugmaker Eli Lilly is expecting a very big 2022 with its new drug Donanemab, topping many lists of the most anticipated – and potentially most valuable – drug launches.

The company is anticipating that its Alzheimer’s drug to be approved by the FDA in 2023. Donanemab is currently in late-stage testing and has been estimated to be worth around $6 billion by 2026.

The most common source of dementia, Alzheimer’s generally refers to a serious decline of cognitive abilities, as well as loss of memory that interferes greatly with daily life.

Richard Hansen notes that a brain disease that impacts thinking and behavior, Alzheimer’s is a progressive disease with the average person living between 4 and 8 years after diagnosis. An estimated 6 million Americans have Alzheimer’s and there is no known cure.

The promise of Donanemab isn’t Eli Lilly’s only reason to celebrate. Tirzepatide, the company’s weight-loss drug, has shown great potential in a recent phase 3 study. It is the first medicine of its kind to lead to over 20% average weight loss compared to a placebo.

Richard Hansen reports that Daridorexant, approved by the FDA in January to treat adult insomnia, should be on the market in May.

The drug, marketed as Quvivq, is an oral tablet taken 30 minutes prior to bedtime and should be used for those who plan to get at least 7 hours of sleep.

It was the FDA’s first drug approval of the year says Rick Hansen. Insomnia is considered one of the most common health issues, reportedly impacting more than 1/3 of all adults. Those with insomnia have regular difficulty falling asleep and staying asleep.

Daridorexant, from Idorsia Ltd., works by preventing orexin, a protein made in the brain that tells one that it’s time to wake up, from attaching to nerve cells, letting brains fall into and stay in sleep mode easier. Nature projects global sales of Daridorexant to reach $1.1 billion by 2026.

The FDA based the approval in March on the results of Phase 2 and 3 trials of Opdualag, the first combination of two immunotherapies acting in tandem to improve the anti-tumor response in LAG-3 and PD-1, two different immune system checkpoints.

Rick Hansen says Opdualag is targeting patients who are at least 12 years old. Melanoma is a type of skin cancer that leads to the growth of melanocytes in the skin that produce pigment, and diagnosis rates have steadily risen for the past three decades.

Nearly 100,000 new melanoma diagnoses and over 7,600 deaths related to the disease are estimated this year. Metastatic melanoma is the deadliest type of the condition and occurs when skin cancer spreads to other organs.

In late January, Richard Hansen reports Medison Pharma and Immunocore’s Kimmtrak, another melanoma treatment in the pipeline, was approved by the FDA. It’s the first-ever T cell receptor therapy for adults with metastatic uveal melanoma in adults to gain approval after a phase 3 trial.

Uveal melanoma is particularly aggressive and rare, affecting the eye. According to Immunocore, up to half of those with uveal melanoma will develop metastatic melanoma over time.