Hurricane Harvey was the first major hurricane to strike the U.S. Mainland in over 10 years and now we are faced with possibly another major hurricane striking the U.S. This time it could be the East Coast. While we are still days away from determining if and where Irma will strike, last computers models are not printing a pretty picture. Hurricane Irma already a major hurricane is forecast to strengthen even further before it gets closer to the U.S. Computer models are showing high confidence that Irma will affect parts of the Northern Leeward Islands Tuesday and then continue to track towards the Bahamas by the end of the week. 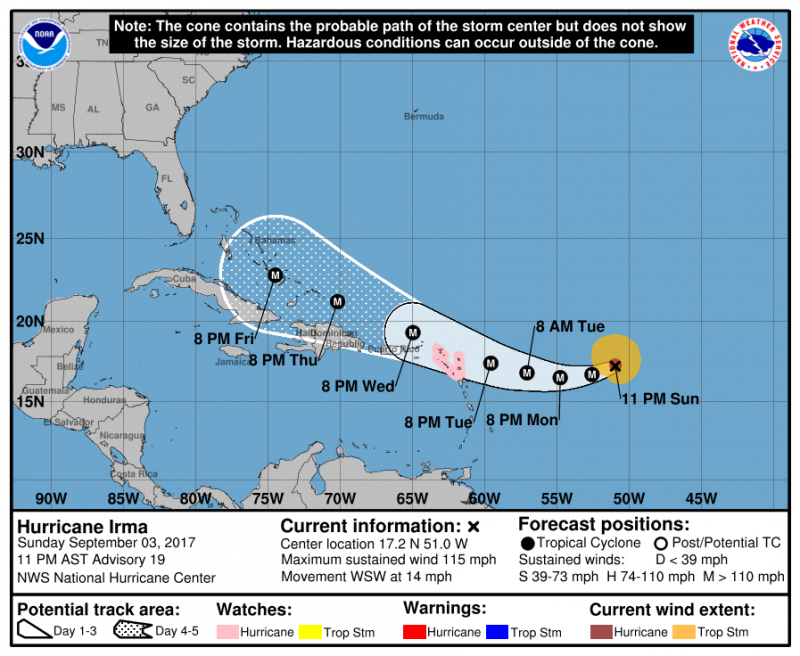 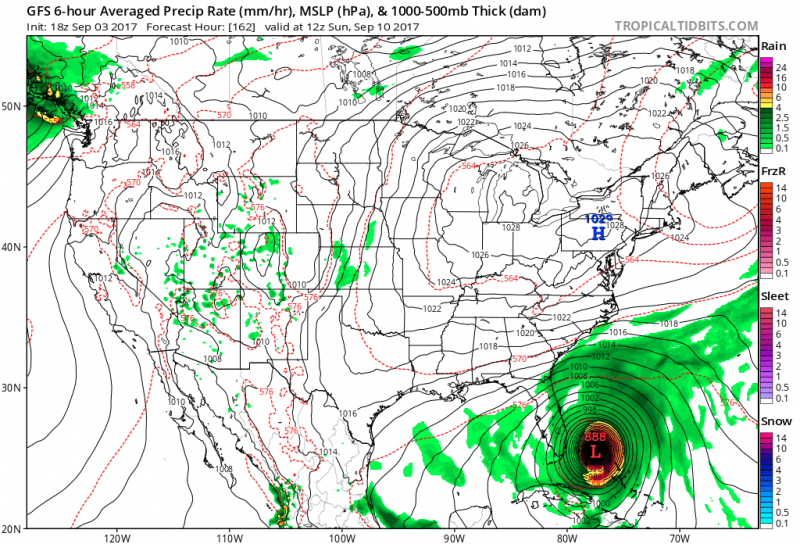 Image shows one the many solutions for next Sunday. Irma could be battering the Bahamas, possibly as a Category 4 hurricane. (Courtesy:tropicaltidbits.com)

Where Irma goes after that is still in question. However, latest computer models are hinting that the highest probabilities could be anywhere from Southern Florida up to North Carolina. A few outlier computer runs also have Irma going into the Gulf Of Mexico and recurving off the East Coast and out to sea. 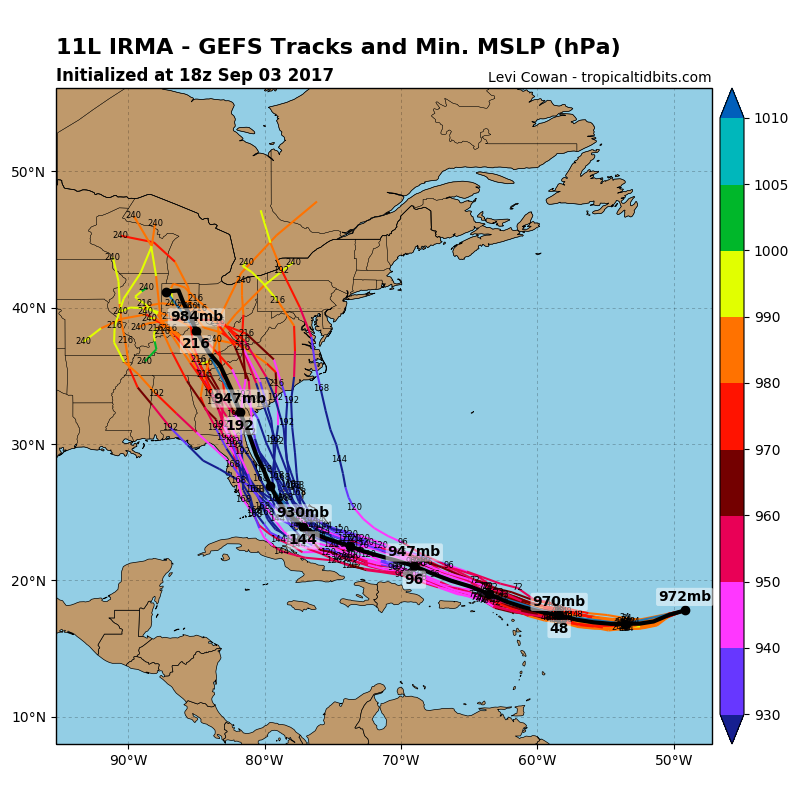 If is too early to determine if Irma will have any affects on our area. If Irma gets close to our area, it wouldn’t be until next Monday-Tuesday. Although, high confidence of rough surf and dangerous rip currents will begin to develop late this week and into early next week (As long as Irma doesn’t go into the Gulf Of Mexico). Regardless of the threat, we should be on alert and have a hurricane plan in place. Visit Ready.gov on information on what to do and how to prepare in the event of a Hurricane.