Democrats Liz Casey and Brendan Sciarra are pushing for change on a Cape May County freeholder board completely controlled by Republicans.

Heading toward the Nov. 3 election, they have made that the central theme of their campaign while seeking the two open seats this year on the five-member body that oversees county government.

“We want to stop the business as usual,” said Casey, an Ocean City attorney. “We need to create greater transparency, because when there is only one party on the freeholder board, it lacks oversight and a dissenting point of view.”

Sciarra, a businessman in Wildwood, believes the freeholder board is long overdue for representation from the Democratic Party.

“We want to have a bipartisan view, instead of a one-way view on the freeholder board,” he said. “That’s what we have had for 20 years.”

Casey and Sciarra said their top priorities are to abolish nepotism in hiring, end conflicts of interest and scrutinize county spending.

“I think we have to see where all of our dollars are going, specifically,” Casey said. “I think you have to be on the freeholder board to get a specific understanding of that.”

Casey believes that a “deep dive” into the budget is needed to see if there is any unnecessary spending that is pushing up the tax rate.

She also questions how the county prioritizes its spending. She wants more money dedicated to maintaining the county’s bridges and roads and the veterans cemetery.

Sciarra believes Cape May County is not getting its fair share of funding from the New Jersey Department of Transportation for road and bridge projects. He also said more money needs to be spent for programs to help fight drug abuse.

Drawing on his experience in the business world, he said he hopes to bring “common sense solutions” to county government.

“I’m a problem-solver. I’ll work across party lines to get the job done,” Sciarra said.

He said if he is elected freeholder, one of the first things he plans to do is to meet with county employees to get their feedback.

“My first order of business is to sit down and listen to all department heads and employees, from the bottom to the top, to just understand their perspective of the county – of what it needs and what is lacking,” he said.

Running county government is more of a “collective effort instead of a one-way effort,” he added.

As the campaign heads into the final weeks, Casey and Sciarra plan to continue to reach out to Cape May County’s unaffiliated voters in hopes they can swing the election in their favor.

“I think what we need to do is to appeal to these voters,” Casey said. “It’s motivating those unaffiliated voters to turn out for the election that is the path to victory.”

Family life: Married to Dr. Jerry Horowitz and resides in Upper Township. They have two children in college, Samantha and Peter.

Family life: He and his wife, Robin, have three young children, Michael, Kai and Brendan, and live in Wildwood Crest. 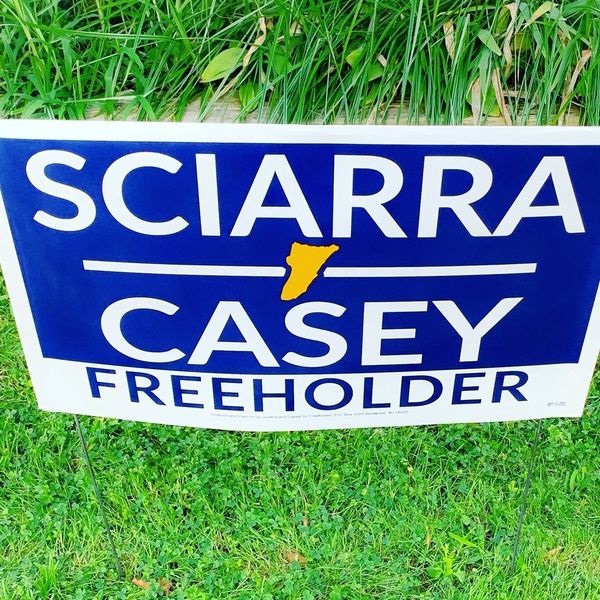