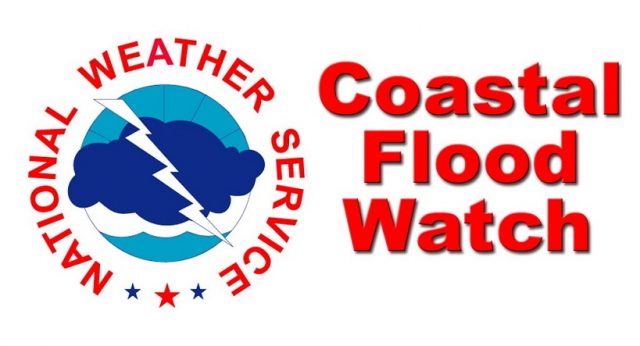 The National Weather Service has issued a Coastal Flood Advisory for Sea Isle City from 7 a.m. to 1 p.m. Monday.

Up to a foot of floodwater is expected in low-lying areas near shorelines and tidal waterways along the coast.

“At this level, flooding begins on the most vulnerable roads in coastal and bayside communities, and along inland tidal waterways. Some partial or full road closures are possible,” according to a weather alert issued by the Sea Isle Police Department.

Motorists should not drive around barricades on flooded roads or through water of unknown depth. Homeowners are advised to take steps to protect flood-prone property, the alert says.