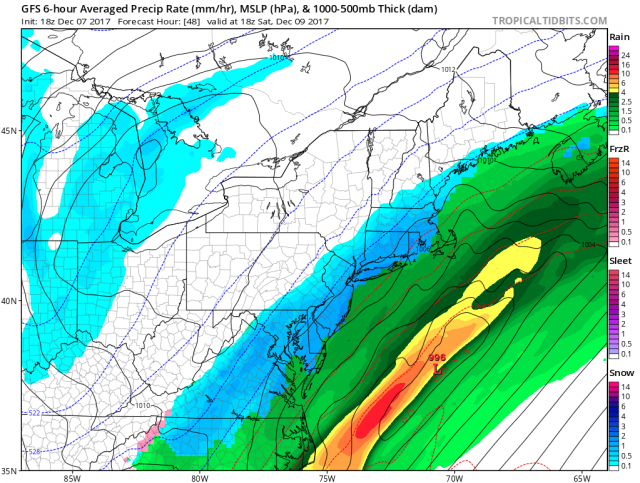 Looks like our first snow of the season is coming a little early.  A coastal storm will develop along a frontal system offshore and begin to spread moisture over us on Saturday. Meanwhile, cold Canadian air will be moving in at the same time making it cold enough for mainly snow to fall during the event. Computer models have trended closer to the coast over the last several days which increases our chances of some accumulating snow. The ocean temperatures are still quite “mild” which could also cause some mixing as well.

Snow should develop after midnight and continue through most of the day on Saturday. 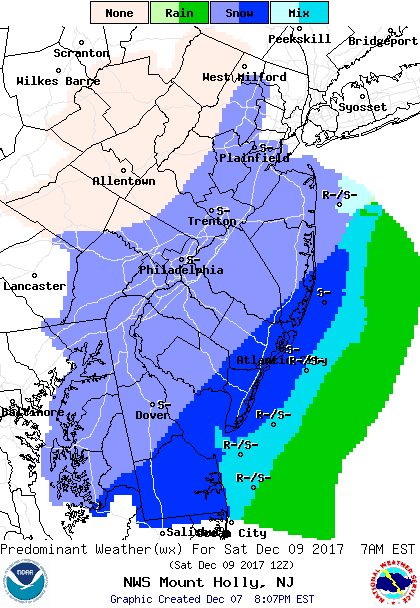 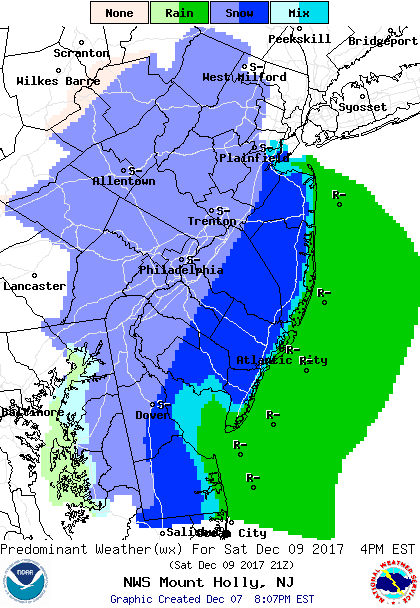 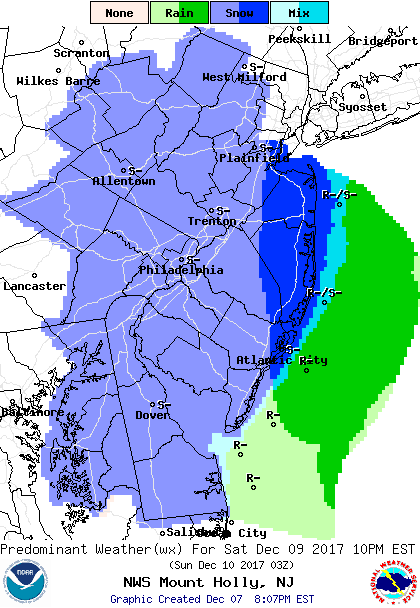 Surface temperatures on Saturday will be just over freezing which will make it difficult to accumulate on road surfaces. However, an inch or two could accumulate on cars and grassy surfaces. 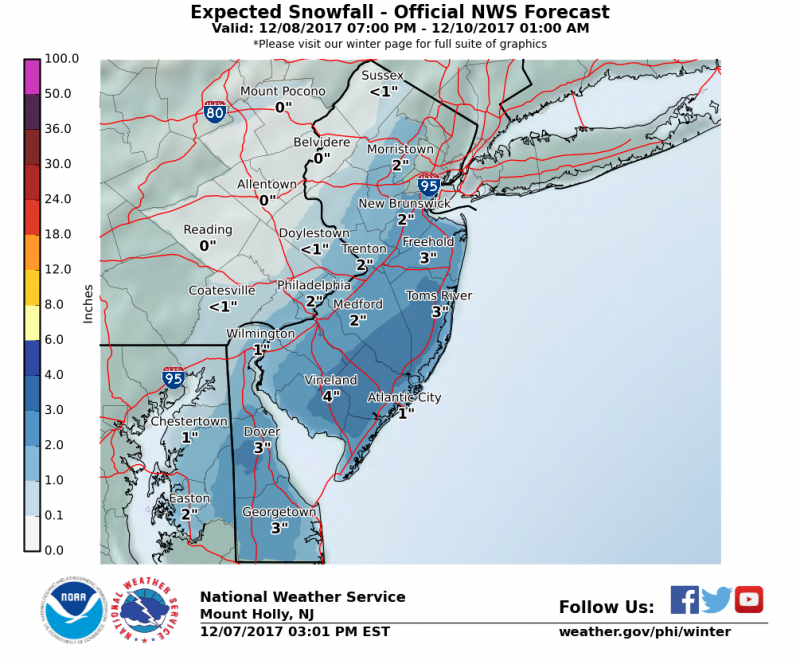 Expected snowfall forecasts shows an 1″ or 2″ possible along the coast with up to 4″ just west of the Garden State Parkway.

Despite a storm offshore and a period of onshore winds, no tidal flooding is expected.

For the 2nd half of the weekend, a cold blast will settle in keeping daytime temperatures in the low 40s and lows in the 20s.