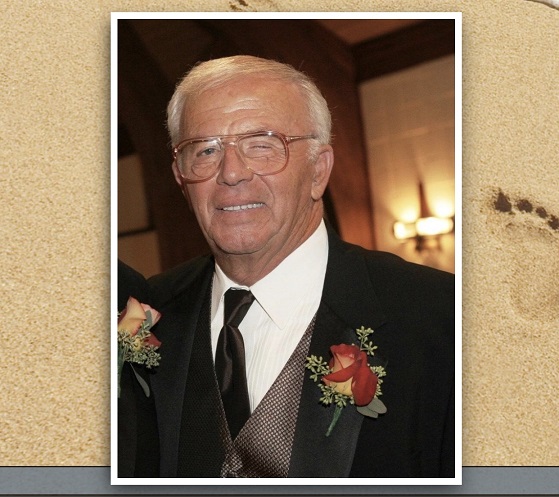 Roxy John Costantino (“Rock” to anyone that knew him), 84, of Swainton passed away peacefully on Monday December 3rd at his home.

Rock resided in Sea Isle City for over 70 years before moving to Swainton. Despite the move, Rock insisted he’d always consider himself a Sea Isle local because he “couldn’t get the sand out of his shoes.”

Rock was preceded in death by his father, Domenick, and his mother, Lena. He is survived by his wife of 59 years, Jane, his four sons: Rock Jr, Stephen, David & Judith and Robert & Michelle and six grandchildren: Christina, Nicole, Michael, Jack, Ryan and Gaige.

In high school, Rock excelled in football and baseball and even earned a tryout with the N.Y. Yankees. He also DJ’d at the sold-out “Rockin’ High Hop” in Sea Isle.

Rock’s sense of patriotism was as evident as his pride in his Italian heritage. His love for his country would be on display as he debated politics with his father, shouting in Italian of course.  However, without question, his greatest passion and joy in life was spending time with his family. If you wanted to see Rock swell with pride, all you needed to do was ask him about his family.

Rock was a 4th degree Knight of Columbus and was active in the Boy Scouts of America when his sons were young. Rock was also actively involved with the Ocean City High School football team and the Archie Harris Association when his sons were in high school.

Rock worked as a commercial fisherman on his father’s boat, as a produce manager at ACME and a wine & liquor rep with Italian Swiss Colony and, later, with Royal and Reitman (R&R).

Rock will always be remembered for his enduring smile, quick wit and ability to captivate an audience with his jokes. He will also be remembered for the way he loved and supported his sons. Rock’s career as a liquor rep. required significant travel, sometimes to Newark and Jersey City. Despite this fact, he would ensure he was home in time to cheer on his kids. He was never too far away or too busy.

Rock also enjoyed vacationing in Lancaster, PA with his family, horse racing, sipping bourbon, Christmas Eve & the “7 fishes” and 1950’s rock and roll music – which he would blast on the weekends while washing the car, much to the dismay of his sleeping sons!

A Mass of Resurrection will be offered Friday morning at 11 o’clock from The Church of the Resurrection of St. Maximilian Kolbe Parish, 200 West Tuckahoe Road, Marmora, NJ where friends may call from 9:30 am until the time of mass. Burial will follow in Calvary Cemetery, Ocean View, NJ.