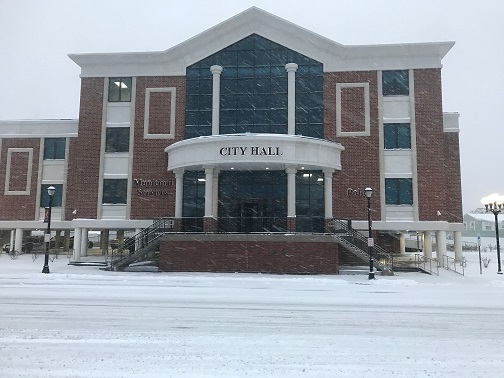 A WINTER WEATHER ADVISORY IS IN EFFECT FOR ATLANTIC AND CAPE MAY COUNTIES FOR THURSDAY MORNING.

Spring-like temperatures are gone and is replaced by a rapidly developing but quick moving winter storm. Heavy rain changing to snow, dropping temperatures and strong gusty winds is on tap for your Thursday. Unlike the rest of New Jersey, we are expected to get the least amount of snow as the brunt of the storm will be in the form of rain, while areas to our North & West will be getting pounded with heavy wet snow. 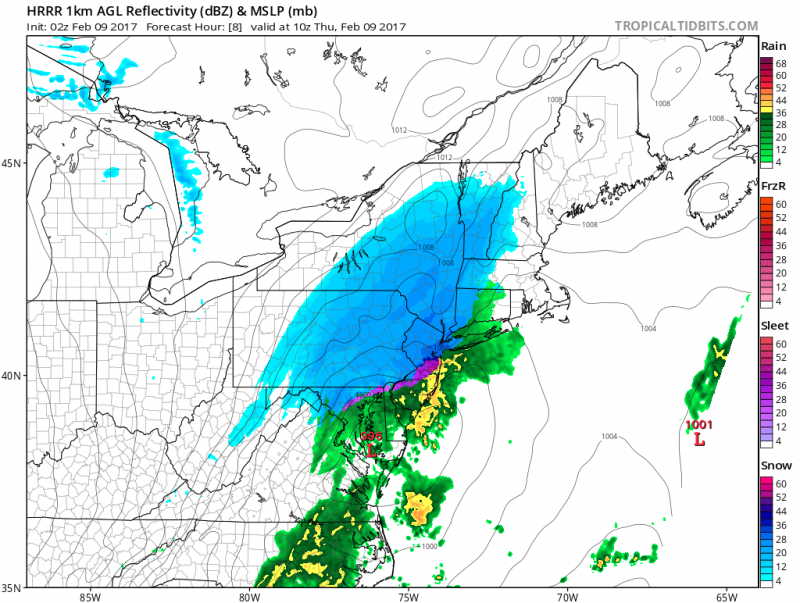 Computer model show heaviest rain arrives before 7AM but temperatures are not cold enough for snow. (Courtesy: tropicaltidbits.com)

As cold air races in and the storm begins to rapidly intensify offshore, rain is expected to change to snow. However, we will have only a short period of snow before the storm pulls away. 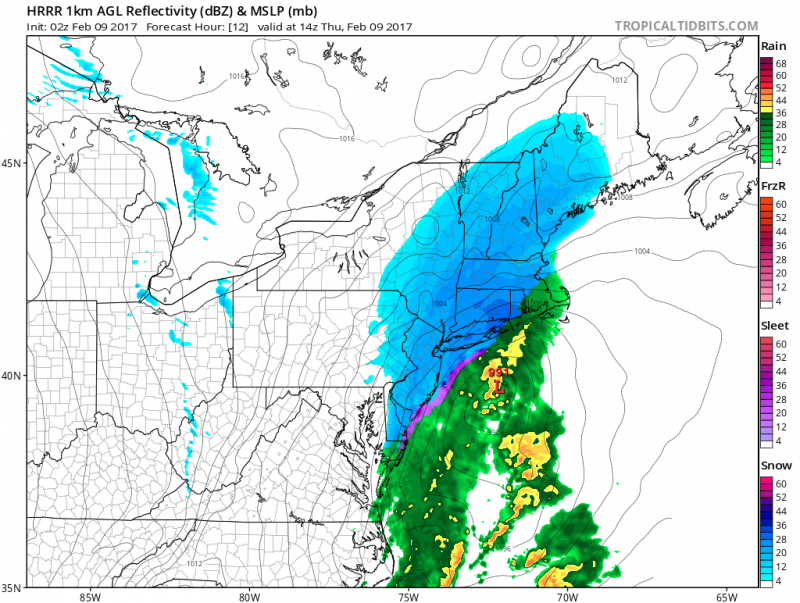 Computer model shows intensifying storm offshore pulling cold air into our area changing rain to snow after 8AM but ending by Midday.(Courtesy:tropicaltidbits.com)

Expected snow amounts expected to be around 1″ especially in Cape May County. A little more snow (2″-3″) is expected as you move in Atlantic county. Roads will mainly be wet through the early morning but as steadier snow falls after 8am, roads could get slushy as temperatures approach the freezing mark. If you are traveling north & west, snow accumulations will increase especially when you travel into northern Ocean County and further into Southwestern NJ and Philadelphia where 4″-6″ are expected. 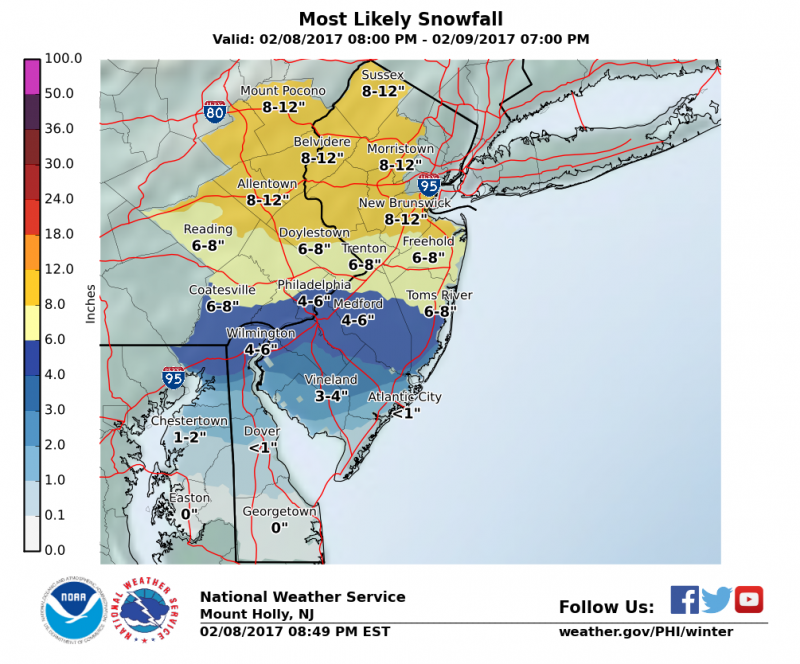 Snow should end by Midday. However, temperatures will remain in the 30s and winds will gust over 40mph causing wind chills to drop into the 20s and then teens at night. Any standing water or slush will freeze after dark, so watch for ice! 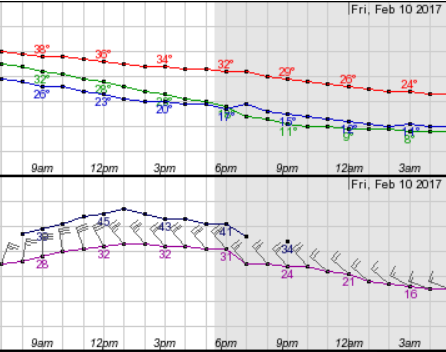 Cold blast will continue into Friday where highs will remain in the 30s despite sunny skies. Our next chance of precipitation will arrive late Saturday into Sunday as the next storm system moves by to our west. Milder temperatures will return this weekend with highs into the 40s on Saturday and around 50 by Sunday.

Rain mixes with sleet and snow after 7am Thursday