Once in danger of being thrown out of the National Flood Insurance Program in 1993, Sea Isle City has undergone a dramatic transformation since then and is now ranked as one of the nation’s leading communities in flood prevention.

Sea Isle is among only a few cities and towns in the country to have obtained a “Class 3” community rating within the NFIP, entitling local property owners to a 35 percent discount on their flood insurance policies.

Now the city is taking another step to solidify its standing in the NFIP by creating a special trust fund that will help finance flood-control projects on a low-lying island vulnerable to stormwater.

The “floodplain management account,” approved by City Council on Tuesday, will be funded by existing fees that applicants pay to Sea Isle’s construction office to conduct zoning reviews of construction and renovation projects. The fees range from $75 to $150.

At Councilman Jack Gibson’s suggestion, the city will take 50 percent of those fees to provide the funding source for the flood account and to avoid hitting local homeowners with any new charges.

The amount of money generated each year by the flood fee is expected to be relatively modest, perhaps $5,000 to $10,000 per year, City Solicitor Paul Baldini estimated.

Although the trust fund won’t be able to finance any major flood-prevention projects by itself, it could be a source of funding for important public outreach and educational programs about Sea Isle’s flood-management efforts, Baldini explained.

“Our thought was to get it funded. You start in small steps,” he said of plans to gradually build up the trust fund.

There is a possibility that the money from the account might be combined with other types of funding, such as state or federal grants that are awarded to Sea Isle for flood-control projects.

Baldini said he knows of no other coastal town in New Jersey that has a similar trust fund devoted to flood mitigation. Because it is considered a “user fee,” taxpayers are not responsible for funding it. Applicants at Sea Isle’s construction office will pay the fee for their projects.

“This is a user fee and it shifts the burden away from the property taxpayers,” Baldini said.

The main benefit to Sea Isle for having the trust fund is to maintain its high standing in the National Flood Insurance Program administered by the Federal Emergency Management Agency, or FEMA.

By creating the fund, Sea Isle will be in position to earn extra points as part of FEMA’s community rating system for the NFIP.

Ultimately, Sea Isle hopes to accumulate enough points to move up from “Class 3” to “Class 2” status in the ratings system, which would provide local homeowners with even steeper discounts for their flood insurance policies, Baldini said.

FEMA’s 2019 nationwide listing of cities and towns that are part of the NFIP community ratings shows that Sea Isle is the only New Jersey municipality to have achieved a “Class 3” ranking.

Over the years, Sea Isle has implemented a series of major flood-mitigation projects, such as restoring the beaches and dunes, building bulkheads along the bayfront, reconstructing the roads, upgrading the drainage systems and erecting berms, levees and rock walls. 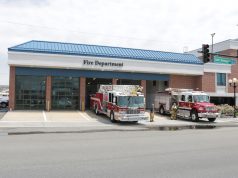 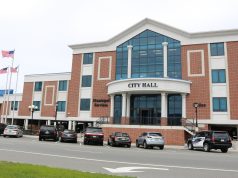