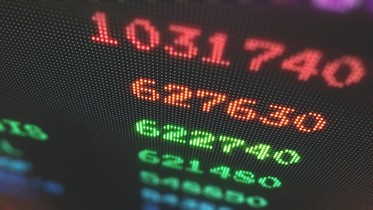 Nadine Terman is the CEO and co-Founder at Solstein Capital, in Menlo Park, California. In the following article, Nadine Terman reports on current happenings in the global financial markets.

After a challenging year for equities and bonds in 2022, investors are increasingly looking for an investment playbook for 2023 that will outperform, Nadine Terman of Solstein Capital explains.

This article provides the latest, most valuable information at the forefront of investors’ and industry entrepreneurs’ minds.

Traditional 60/40 portfolios have not protected investors this year as equities and bonds moved in sync. This non-traditional positive correlation is put in context by today’s high inflation regime; when inflation, as measured by CPI, is above 5%, stocks and bonds tend to be positively correlated. Investors are used to a low inflation regime when they were negatively correlated; bonds would rise when equities fell, and vice versa, providing diversification and risk management to portfolios.

Given the meaningful dislocation of risk asset valuations in 2022, and only roughly one more month before year-end, investors now are looking ahead to 2023 for an investment playbook. Nadine Terman of Solstein Capital projects that investors will have to take a tactical approach to portfolio construction and risk management in 2023.

Equity duration (i.e., interest rates/inflation) was the single most important driver of returns in the S&P 500 this year, more important than fundamental factors such as earnings stability, growth opportunities, balance sheet strength, or margins. Nadine Terman of Solstein Capital believes that while equity duration will continue to play a key role in 2023, growth and margins will play an equally important role.

For global equities, after a challenging valuation re-rating in 2022 when multiples contracted, the equity playbook for 2023 will require navigating declining earnings growth. Slower growth means that analyst estimates must come down, cap ex growth would turn negative, buybacks and dividends could decline, and the US Dollar could remain strong.

Because earnings are starting this impending recession well above trend globally, there is greater room for declines to historical trends. The median decline is roughly 20% globally, with even greater downside in certain parts of the world, such as the Eurozone, given their cyclicality.

When margins and profits decline meaningfully, cash flow declines as well. Investors have prioritized the return of cash to shareholders for S&P 500 constituents, with meaningful outperformance for over two decades by companies with higher dividends and share buybacks. Today, buyback funding ratios (as measured by cash flow less cap ex divided by buybacks) have deteriorated meaningfully, pointing to further risk for companies that cannot maintain growth in their cash flow return to shareholders in 2023 and beyond.

Thus, equities could suffer further losses in early 2023. Nadine Terman of Solstein Capital forecasts that only when earnings growth is negative—not just positive but slowing—and when unemployment increases will Central Banks have the fortitude to pivot from their current hawkish stance, which will be a positive catalyst for equities globally, especially long-duration securities. Until that time, though, investors should position defensively and then prepare for a tactical shift in their exposures to capture more positive market returns.

Nadine Terman of Solstein Capital remains cautious on Emerging Markets. International equity markets, including emerging markets, have underperformed year-to-date versus the US equity markets. That said, they have been resilient when considering the increased strength of the US Dollar to its highest level in two decades, global interest rate hikes, Russia’s invasion of Ukraine, and China’s pandemic shutdowns.

One factor behind the resilience has been a rise in private savings, but unfortunately, they are beginning to decline, which has increased foreign borrowing during a time of greater fiscal deficits that have become more challenging to fund as global financial markets tightened and FX reserves declined against US Dollar strength. While many emerging markets have increased their interest rates alongside developed market peers (e.g., Brazil, Mexico, South Africa), others did not have as strong policy responses (e.g., Chile, India). These countries do not have the same cushion to lower rates in the future to spur growth. Moreover, many emerging market countries have or will have elections, and Nadine Terman of Solstein Capital expects that fiscal pressures to fund social causes could increase meaningfully at an already challenging time when global growth is slowing and inflation remains at an elevated level, even if decelerating. Continued US Dollar strength alongside high inflation and a broader tightening of financial conditions in developed markets will continue to pressure emerging market central banks, despite headline disinflation. They expect most emerging markets will have positive real rates by the end of 2023, versus a current level of 40%.

With the above in perspective, Nadine Terman of Solstein Capital cautions investors to be patient before allocating significant capital across Emerging Markets, until there are more signs that the US Dollar may weaken on a more consistent basis and global growth may rebound.

A Promising Opportunity in Credit Markets

In addition to the long-duration investment opportunity described above, which should materialize in the second half of 2023, there are other credit opportunities that investors should consider in the coming year. Since the Global Financial Crisis, companies increasingly tapped the high yield market instead of the convertible bond market, given low interest rates and Quantitative Easing, which drove lower borrowing costs for businesses and provided an alternative to potential equity dilution. Traditionally junk bonds yielded around 10%, whereas in recent years yields fell to 5% or less. The choice was an easy decision.

At the same time, companies increased their leverage. Per a recent Federal Reserve Stability Report, gross leverage of US companies increased by around 50% since 2006, from roughly 4x EBITDA when interest rates were 4% to about 6x today. Over a similar period, the junk bond market tripled in size, and the US convertible bond market shrank in relative terms. It went from representing over 50% of high yield issuance to about one-quarter of its size. As previously mentioned, companies used cashflow and debt to fund meaningful dividends and share repurchases, which drove security prices upwards. This trend could continue in a low interest rate world.

With the increase in interest rates in 2022 and into 2023, and potential deterioration of business profits and cashflow, Nadine Terman of Solstein Capital expects a change in the issuance trajectory, away from high yield and toward convertible bonds. Junk bond yields are back towards expensive levels, so companies who are not investment grade needing to either refinance their existing debt or issue new debt will look at convertible issuances again. With the potential for an increasing number of companies needing capital at now higher rates, investors who can evaluate business quality may profit greatly from the investment opportunities that should arise.