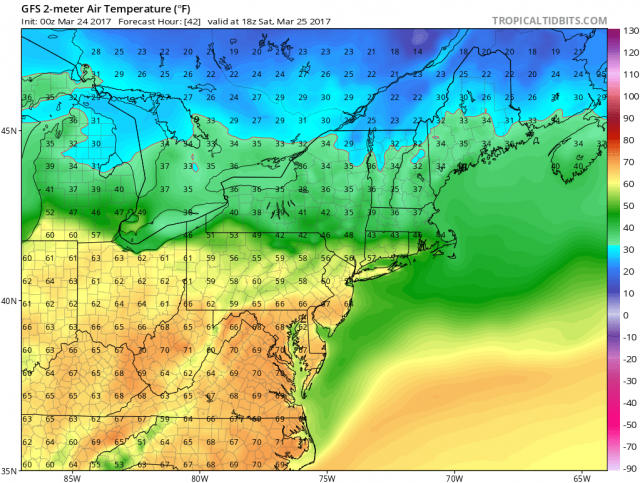 A return to spring time conditions as we move into the weekend as high pressure will move offshore and pump milder air into the region.

Friday will feature the most sunshine of the next several days. A warm front will move through, however, it will switch winds to our south. For us, it means a breezy, cool day as winds come onshore from chilly ocean waters. Highs should fall short of 50 degrees. 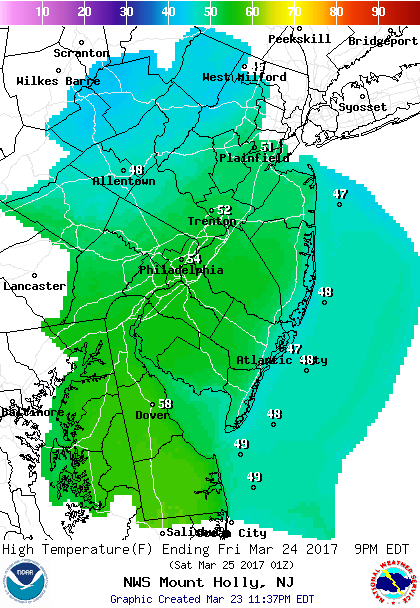 Saturday will be the “warmest” day although there will be a good deal of clouds. Southwest winds will allow temperatures to climb into the mid to upper 60s inland and around 60 along the coast. 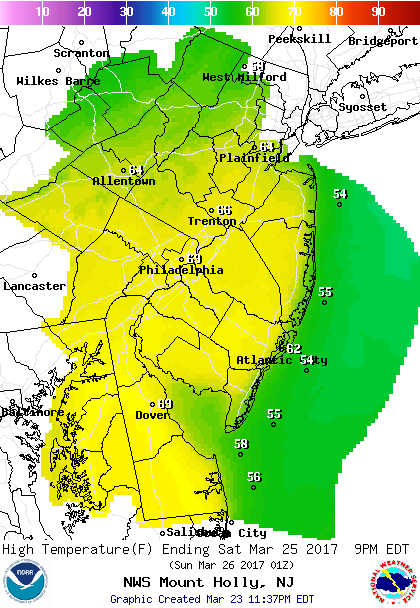 A backdoor front will slide down for Sunday and easterly winds will kick in dropping our temperatures into the 40s. The frontal system will stall over our area and a series of low pressure systems will move through giving us several rounds of showers Sunday through Tuesday. 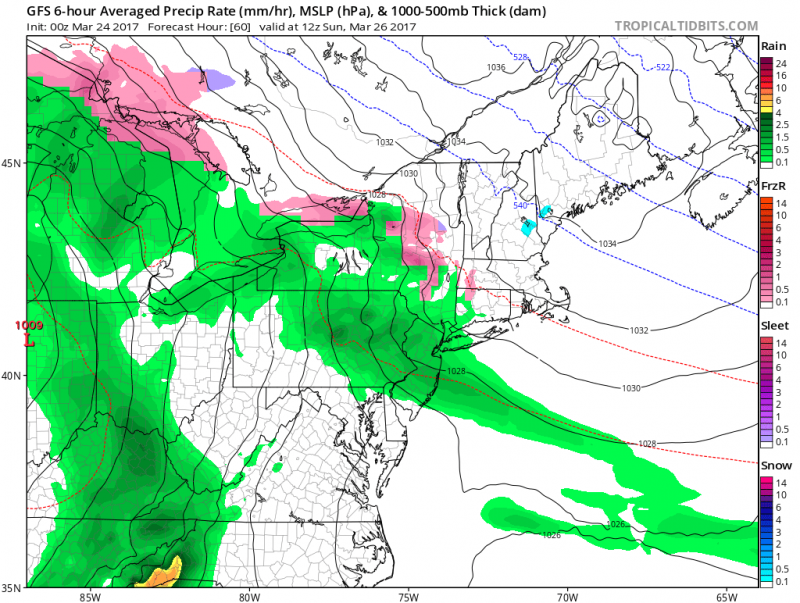 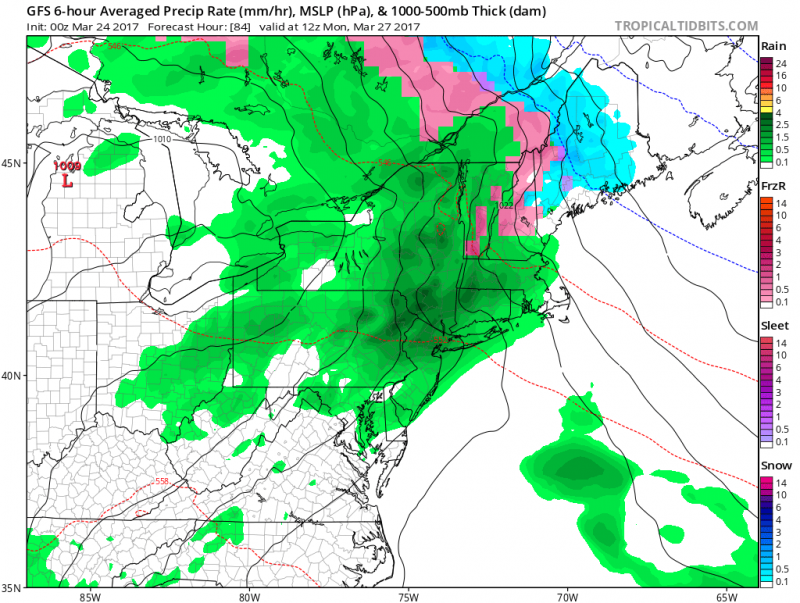 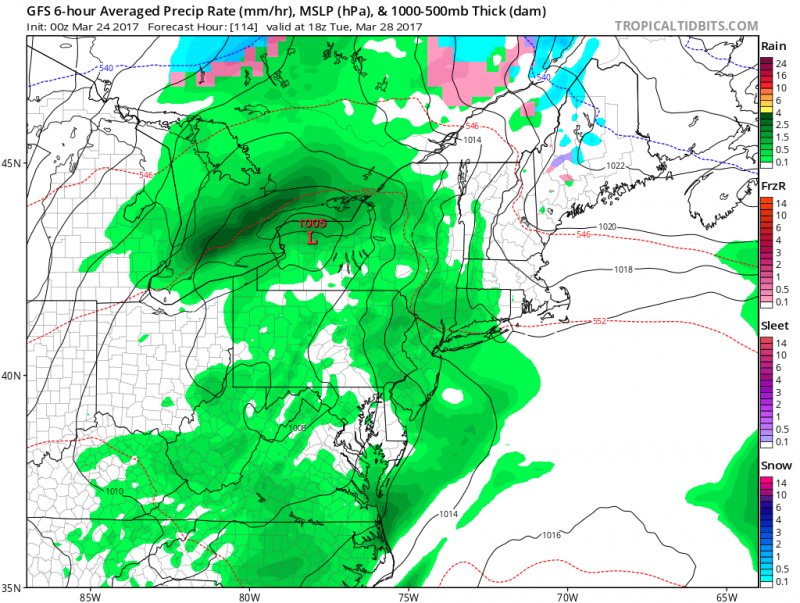 Computer models several shots of rain Sunday through Tuesday. Although it won’t be raining the whole time, it will remain on the cloudy side with temperatures in the 50s.(Courtesy:tropicaltibits.com)

Drier and seasonable conditions return by Wednesday of next week and long range outlook into April shows not more chilly blasts but no warm spells either. Temperatures should remain mainly in the 50s through at least the first week of April.

NOAA: Temperature outlook keep the Northeast seasonable with above normal temperatures in the Central and Southern U.S.