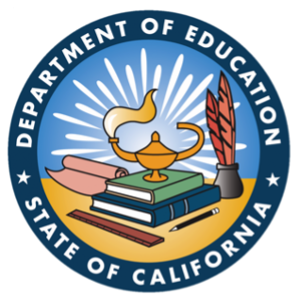 Matthias O’Meara (Matt O’Meara) and Paula Permenter are the Founders of Choice Advisors in Texas, which helps schools and other organizations navigate financing solutions for their growth and sustainability objectives.

Mr. O’Meara notes that recently, the California State Auditor criticized the state’s Department of Education for inadequately tracking $24 billion of federal assistance intended for traditional district and public charter schools. The auditor, Elaine Howle, believes the lack of oversight means the DOE can’t determine how money is being spent – and if schools are spending wisely.

Here’s the latest on this story and how this controversy will impact education in the state.

In Howle’s audit, she states the department has taken an ineffective leadership role. She claims the current system does not ensure school districts are adequately and promptly using federal aid.

Currently, school districts are not filing consistent spending reports, despite the requirements to do so. Howle says that because of this, the California DOE won’t determine if public districts and charter schools are meeting the safety and educational needs of their student body.

Paula Permenter relates that in May 2020, Congress passed three rounds of federal assistance for K-12 public and charter schools.

The first round was intended for necessary sanitary equipment and upgrades, like personal protective equipment, COVID-19 testing, adequate air filtration systems, and computers for students. Congress intended the additional rounds to address education and developmental gaps caused by distanced learning and the pandemic.

California received $1.9 billion in the first round. In January 2021, they were given another $7 billion, and in May 2021, an additional $15 billion went to California’s DOE. Stipulations of the funding include money that is only spendable through January 2025.

However, the audit indicates the state department has not taken an active approach in monitoring how districts are using their assistance.

Findings of the Audit

School districts that failed to submit quarterly reports increased between September 2020 and March 2021. The findings indicated 1 in 20 California school districts did not file data reports showing how they spent their federal assistance.

Future quarterly reports will encompass much more money, as they’ll include the latest $15 billion. Because of this, the audit demands California’s Department of Education takes additional steps to guarantee they remain aware of how districts spend money.

In the first year of funding, the Department of Education audited less than 1% of charter schools and public districts. Only 15 of the 1,600+ districts and charters were subject to an audit. The number was not efficient enough to determine if the state complied with federal requirements of financial assistance.

According to Matthias O’Meara of Choice Advisors, of the districts and schools audited, 40% of spending was marked as “other activities.” While some spending was appropriately categorized, the information available makes it difficult to determine what may be miscategorized. The audit says the department failed to focus on how public districts and charter schools spent the funding.

The audit also projected that about $160 million would go back to the federal government should recipients not use the money by the spending deadline. The auditor says that as of June 30th, 90 charter schools and public districts spent below 20% of the first round.

What are the Next Steps for the California DOE?

The department’s auditor suggested the DOE keeps a close eye on spending and conducts outreach if districts fall behind. The auditor also recommended the DOE hire additional staff solely for this purpose.

The DOE agreed to these recommendations but stated they’re already tracking funding. The department also said current spending rates project only two of their districts will use less than 80% of the first federal round.

Howle, however, was not satisfied by the DOE’s response. She said the department’s actions were inconsistent with state recommendations. She also stated the DOE did not provide their analysis on spending rates, despite the auditor’s request for the data.

The audit included other recommendations, including:

The department agreed with the first suggestion and claimed they already do this via webinars. However, they disagree with the other two recommendations.

The California Department of Education Response

In the reply, she stated the department’s current policy is in line with federal requirements. The department also noted the 15 districts monitored – including Los Angeles and Long Beach, two of the largest zones – covered 25% of the assistance. Additionally, the state intends to monitor 50 additional districts and charter schools during the next round.

Howle said her office still insists on their recommendations.

Howle’s audit was the first since federal assistance rolled out for public and charter school education. There’s not yet a definitive answer on the exact spending habits of California public education sectors, but future audits and quarterly reports will give  the public further insight on this controversy.