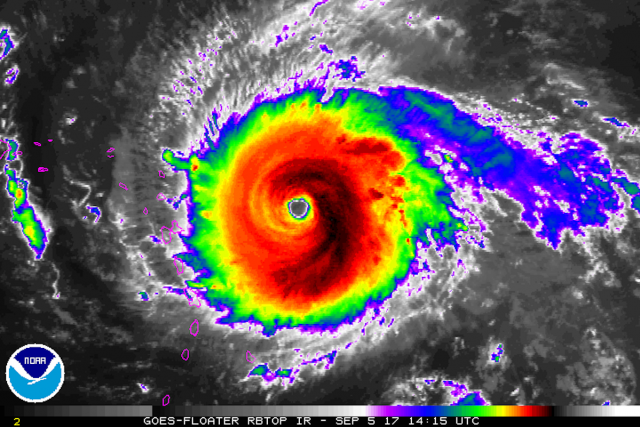 Major Hurricane Irma is set to strike Florida this weekend and move up the coast. The big question is…what does it mean for us? The track of Irma will ride along the Florida coast or directly through the middle of the state. Irma will take some time to wind down and could still remain a hurricane by the time it reaches Georgia. Irma will weaken further as it moves deep into the Southeastern U.S. Heavy Rain and hurricane force gusts are possible even up into Atlanta.

Usually, tropical systems bend towards the east as they move up the coast typically due to a trough picking the system up. However, a upper level disturbance, located in the Southern U.S., will pull Irma back into the Southern Appalachians & the Tennessee Valley. 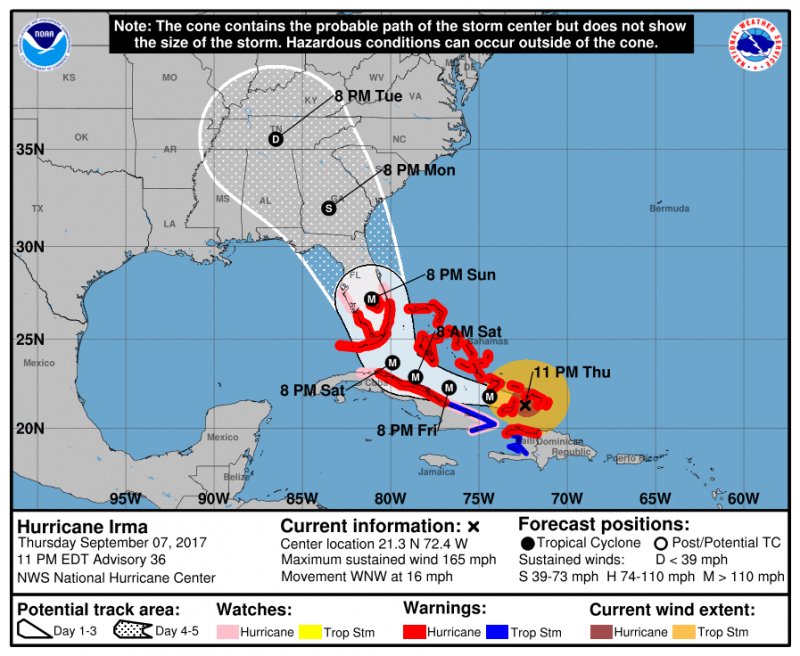 Meanwhile, High pressure will keep us dry and comfortable through the weekend with temperatures in the low 70s. However, with Irma and another hurricane Jose will continue to create long swells and a high risk of rip currents, so be careful if you head into the water. 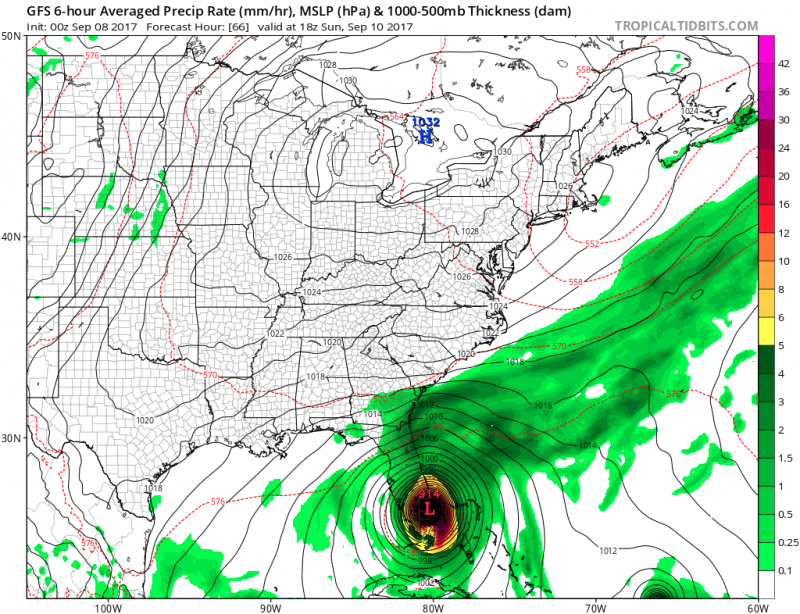 By early next week, the remnants of Irma will begin to move into our area. Tuesday and Wednesday is our best chance to see any rain. Heavy rain and flooding is not anticipated. However, it will get quite windy as an easterly flow will develop. Gusty winds could exceed 20-30mph. 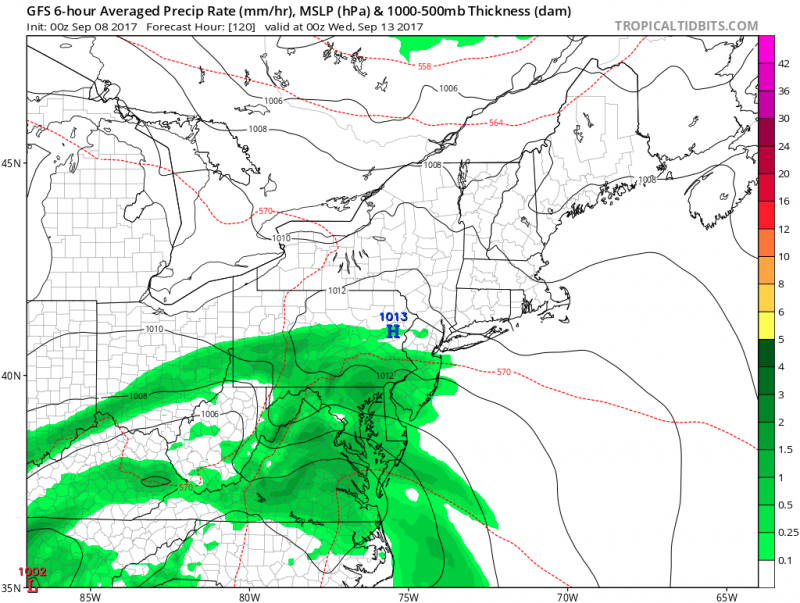 Computer models show the remnants of Irma moving in next Tuesday. (Courtesy: tropicaltidbits.com)

A cold front will help push the remains of Irma away by the end of next week.