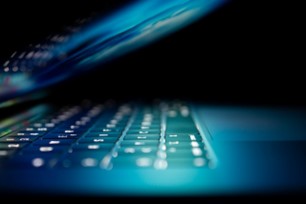 Innogrit Corporation is a global digital storage provider, with a focus on SSD and NAND controllers. In the following article, Innogrit discusses news from the data security industry, such as the WhatsApp breach, the outlook of the cyber security market, the future of data privacy and more.

Data security is always a tense subject, but even more so in the few days or weeks following major breaches, such as those experienced by Twitter and WhatsApp users. While the industry has certainly moved forward, there is a distinct need to keep the pace of innovation high as tech giants deal with the backlash of letting security slip.

From the estimated worth of the cyber security market to the rampant nature of attacks on small firms to the future of data privacy regulations, this Innogrit news article contains it all.

The worldwide cyber security market is forecasted to reach a whopping $500.70 billion by the end of 2030, displaying a CAGR of 12% from this year, as a new study from Grand View Research Inc. suggests.

Innogrit news reports that the predicted growth is facilitated by the increase in cyberattacks across various commercial sectors in recent years, particularly during the COVID-19 pandemic. Although, that isn’t the only factor skyrocketing the growth.

The rise of eCommerce has certainly helped boost industry demand. Over the past ten years, the sector has experienced massive increases, necessitating the presence of ever-stronger security systems.

Plus, the accelerated nature of the usage of advanced devices utilizing AI and IoT has increased cyberattack risks, increasing the attractiveness of cybersecurity solutions.

Perhaps a more concerning statistic than the data security industry value is the predicted global cybercrime costs. By 2025, Innogrit news explains that attacks and other digital crimes are expected to cost the globe a jaw-dropping $10.5 trillion, further emphasizing the need to keep on top of (and exceed) innovation standards.

Moreover, small businesses are likely to take most of the damage. After all, they’re currently three times more susceptible to cyber criminals than larger corporations, according to Innogrit Corportation.

Innogrit Corporation says that cybercriminals target small companies since they’re low risk and high reward — authorities aren’t as likely to be notified, and often, the businesses themselves remain unaware until around 200 days after the attack.

The National Cybersecurity Alliance estimates that over half (60%) of small businesses are forced to close just six months after attacks. Why? Because the damage costs can be devastating. It’s the type of money such companies simply don’t have.

An officially recognized hacking forum recently posted about a data breach in which almost 500 million WhatsApp records are being sold. Since found, many sources have confirmed that it’s likely true.

Innogrit explains that the post says hackers are selling a 2022 database of 487 million cellphone numbers utilized on WhatsApp from users in 84 countries, putting almost 25% of all platform participators at risk.

Reports state that 32 million of these records come from US users, with 11 million stolen from WhatsAppers in the United Kingdom. Other nations with breached data are France, Egypt, Italy, Saudi Arabia, Turkey, and Russia, in various quantities. 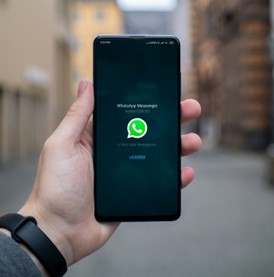 Innogrit news reports that hackers took advantage of Twitter’s API vulnerability repaired in January to steal over 5.4 million user records. The data contained non-public information (including private email addresses and phone numbers) and was posted on a hacker forum for all to see.

An extra 1.4 million Twitter profiles of suspended individuals were also collected via a different API, meaning the data breach leaked the private information of about seven million users.

However, Innogrit news reports that experts encourage policymakers to enact federal data privacy regulations to ensure complete protection for the country and support further advancements in the field. It appears the encouragement has been fruitful, as even though the timing of fed-based legislation is unclear, it is sure to occur.