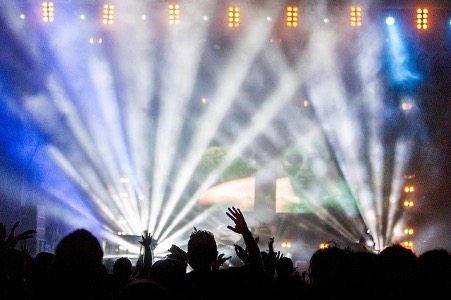 Gerard Zappa is a Wooster recording artist and live performer, currently playing bass in the Steve Augeri Band. Below Gerard provides an update on concert attendance and what we can expect for bands, venues, and fans heading into the new year.

As the Centers for Disease Control, state governments, and prominent hospitals began tracking COVID-19 infections 18 months ago, Live For Live Music was documenting another consequence of the pandemic.

Live music venues shut down in record numbers. Concerts longed planned and long sold-out were canceled or postponed indefinitely. And Live For Live Music was outlining each and every one. It still is, providing a stark reminder of the extended impact the pandemic has made on global daily lives.

But one day recently there was a different type of update made on Live For Live Music — that there was no cancellation or postponement to report.

After a year and a half of daily announcements of festival cancellations and concert COVID safety precautions across America, was live music making a comeback?

Slowly but surely, Americans at least are game for heading out to see the music they love in person. At least for now.

From March to September 2020, the first six months of the COVID-19 shutdown, live music revenue was hit particularly hard: losing $10 billion in sponsorships.

This came after a previous year of a record $11.1 billion profit for music venues, notes Gerard Zappa, the bassist for the Steve Augeri Band who has been writing about COVID’s impact on the music industry since the pandemic began

That’s when musicians got creative, Zappa notes. Artists from across genres joined forces to host virtual concerts, something he feels could be a successful performance platform even as the pandemic fades.

Concertgoers are still wary of concert-going, as many venues continue to have safety protocols such as temperature checks, mask requirements indoors, and social distancing.

According to a bankrate.com survey, just 16% of adults say that they’ve purchased tickets for any type of live event this year. The silver lining: music festivals and concerts were the most popular events for live event ticket buyers.

Safety of Events — Indoors and Outdoors

Starting in the summer of 2021 major venues, especially outdoor venues like Red Rocks Amphitheatre outside of Denver, Colorado, were starting to host events again — and see significant crowds.

The spike was due in large part to the United States Centers for Disease Control advising that those who are vaccinated can go mask-less both outdoors and indoors. Still, the live music industry is far from bouncing back to its pre-COVID days.

A recent Axios-Ipsos poll found that 37% of adults call going to an indoor concert a large risk, with 48% saying it’s a small to moderate risk. Just 14% said there wasn’t any type of risk.

Some signs though point to COVID mitigation efforts working for large indoor concerts; a study of such large concerts in Europe found no cases of transmission in some cases, though most required attendees to take tests before entering a venue and to wear N95 masks, guidelines that are still not common for indoor concerts in America.

Many musicians have been cautiously returning to the road and indoor venues, including Gerard Zappa and the Steve Augeri Band, which starting touring again this summer.

Zappa says that he and the band are excited to get back out in front of fans who have been vaccinated, and they’ve booked venues from Oregon to New York. Bookings for major indoor venues have started to fill out for 2022, many of which are rescheduled from 2021.

That’s a good thing since live shows account for nearly half of total revenue from global music, according to Zappa. That amounts to a whopping $25 billion. 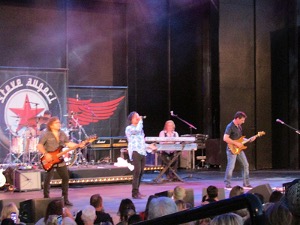 For more than a year, live music simply wasn’t safe. Social distancing at crowded outside or inside venues was basically impossible. Venues shut down entirely, road crews lost their jobs. Everything was on hold.

But as the American vaccination rate began to rise at the beginning of 2021, the contagious delta variant took hold, and concert sales stalled once again. One person who is infected with the delta variant of COVID-19 can spread it to as many as eight other people, scientists have found.

COVID-19 outbreaks across the country were impacting both unvaccinated and vaccinated people. While indoor concerts were slowly coming back, masks were once again recommended even for those vaccinated and even if a venue is operating qt reduced capacity.

Music venues are taking different approaches to COVID safety as 2021 nears its end. To boost concert attendance, more higher-capacity venues and large festivals are coming back but so are many outdoor shows that are more intimate by nature.

And especially at large festivals, where crowds can top 50,000 or more, people are taking their safety into their own hands: wearing masks and avoiding overly crowded areas such as bathrooms or lines for food.

While concerts may be back, COVID safety precautions are here to stay — for now.