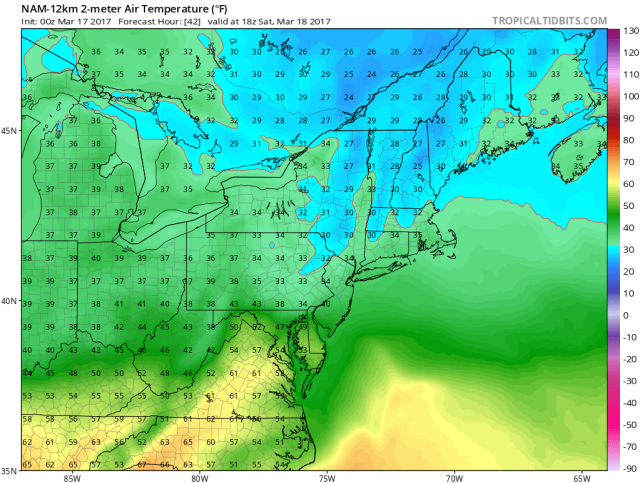 The good news is that temperatures heading into this weekend will not be as cold as it has been, however this weekend isn’t looking that great either. Friday will feature sunny skies with afternoon temperatures climbing into the low 40s with a lighter but still breezy westerly wind. Clouds will increase late in the day ahead of a warm front which will also bring a round of snow/rain showers overnight. 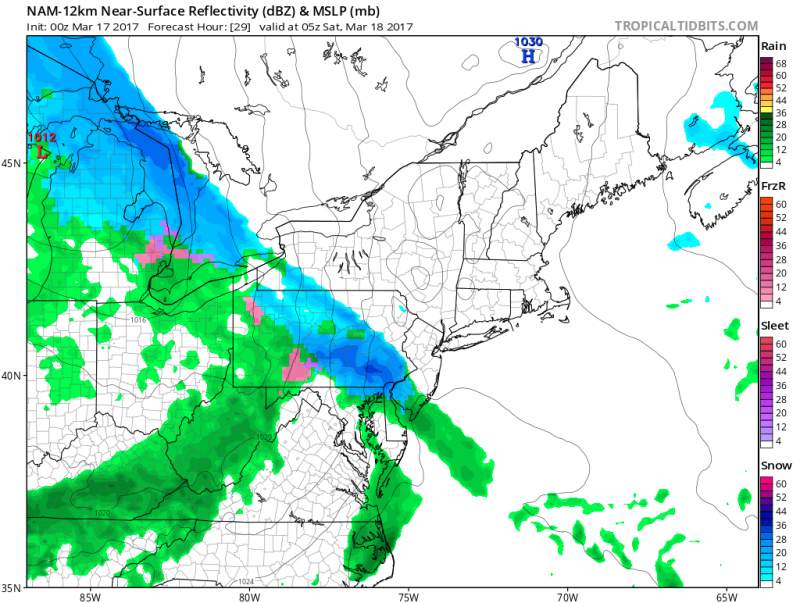 A low pressure system will slide to our south on Saturday keeping us cloudy, chilly and wet. A light onshore flow will keep temperatures in the 40s all day with occasional rain. 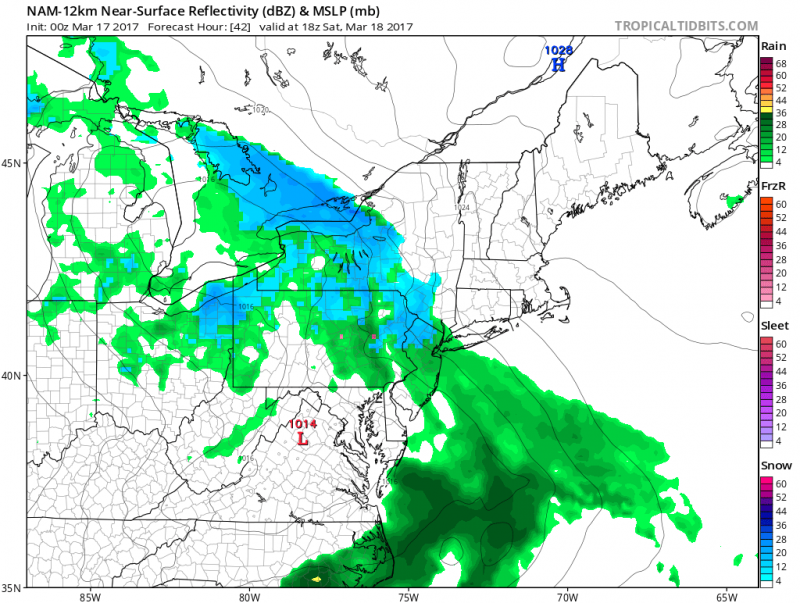 As the low pressure moves offshore on Sunday morning, winds will increase out of the north and colder air will move in. Any rain could changeover to snow before ending by Noon Sunday. Temperatures will be above freezing so any snow will have a hard time sticking. Some brightening of the skies is possible during the afternoon but temperatures will only make it into the low 40s. 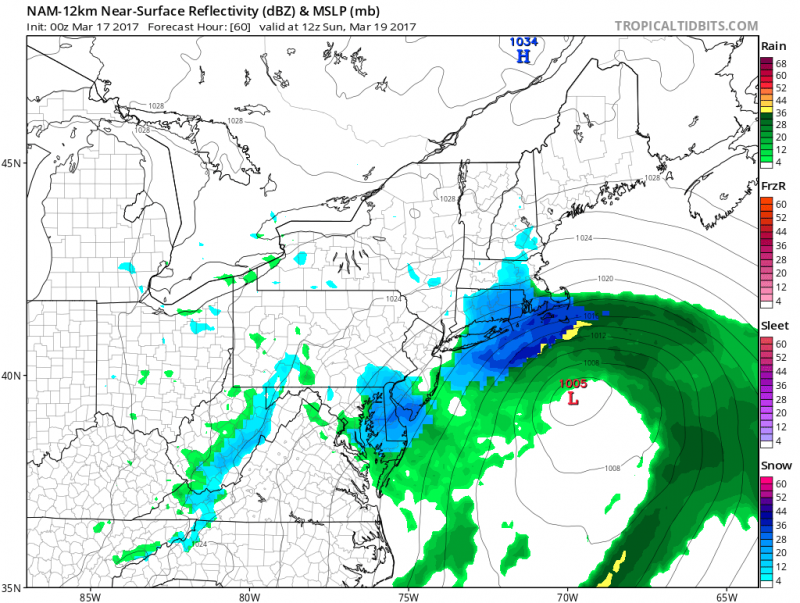 Spring officially arrives Monday morning at 6:29AM however, winter will still want to hang on a little while longer. Although temperatures will finally reach the 50s early next week, another chilly blast is set to arrive by the middle of next week. The good news is it will not be as cold as it has been with temperatures in the low 40s. For the final week of March temperatures should return into the 50s and possibly 60.