Sprinkles sounds as though she is getting ready to audition for a spot on “The Biggest Loser” reality TV show or perhaps a gig as the new celebrity spokes-cat for the “Weight Watchers” diet.

The notoriously portly feline tipped the scales at a whopping 33 pounds after she was rescued from a foreclosed home in Sea Isle City in 2015. But she has been slimming down since she was adopted in September.

Once a media star, Sprinkles has settled in as the “queen of the castle” at the Robbinsville, N.J., home of her new owner, Diane Marshall, who also has a summer vacation retreat on 52nd Street in Sea Isle. 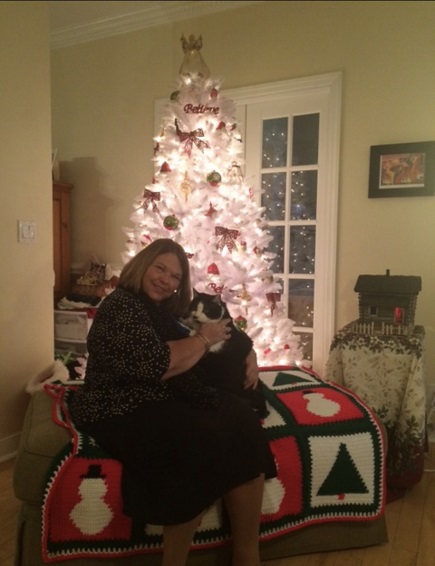 For a while, Sprinkles was as big as a castle. Her girth made her the equivalent of about a 700-pound human. She was so fat she could barely stand or walk, moving instead with a glacially slow waddle. The corpulent cat resembled a black-and-white beach ball.

Now, Sprinkles is running around Marshall’s house. Although the domestic short-haired cat topped out in 2015 at 33 pounds, she was 25 pounds when Marshall adopted her three months ago. She has since dropped down to 22 pounds with the help of a strict diet and some exercise.

“Here, she has steps to go up and down,” Marshall said of her Robbinsville home. “I play with her a lot. I make her run back and forth.”

Marshall said she is excited to be spending her first Christmas together with Sprinkles and her other new cat. A week after bringing the 6-year-old Sprinkles home, Marshall adopted a young male cat named Roscoe.

“They get along great,” Marshall said. “She’s the queen of the castle. He’s like the court jester. He’s only a year old.”

Little had been heard of Sprinkles since her proverbial 15 minutes of fame expired in 2015. Marshall revealed in an interview Friday that she had adopted the cat from the animal rescue group SOS Sea Isle City.

For a few weeks in 2015, the story of a grossly obese cat rescued from a foreclosed home was irresistible to the news media. Sprinkles’ plight was chronicled in headlines across the country. In addition to being severely overweight, she was also suffering from flea infestation, ear mites and urine burns on her rear.

It was never clearly established how Sprinkles became so fat. There was speculation that she simply had access to free-flowing food and gorged herself. At 33 pounds, she was about three times her normal weight.

“I think whenever she was allowed to, she ate and ate and ate,” Marshall said. 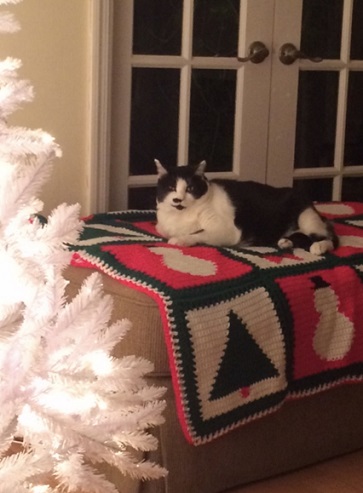 After Sprinkles was rescued, the Cape May County Animal Shelter asked SOS Sea Isle City to take care of the cat because of her special needs. SOS is a nonprofit organization that cares for homeless or sick animals at the Jersey Shore.

Marshall, who had heard of Sprinkles in the news, visited the cat a few times at SOS to brush her. Marshall became attached to Sprinkles, but couldn’t adopt her right away because she had another female cat at the time.

“This poor cat could hardly walk, but she came to me for affection. It was at that moment that I felt a connection with her,” Marshall recalled of meeting Sprinkles.

Although the 54-year-old Marshall, a retired music teacher and therapist, makes her full-time home in Robbinsville, there is a strong chance that she will bring Sprinkles back to the shore. Marshall has had a summer home in Sea Isle since 1999 and is now thinking of making it her permanent residence.

“We love Sea Isle and want to retire there,” she said.

The “we” that Marshall alluded to includes Sprinkles.