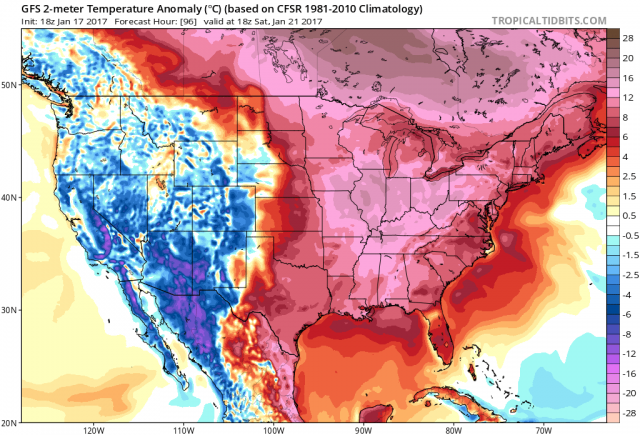 So goodbye to bitter cold temperatures and snow..for now. Above normal temperatures have resumed and will be with us just about for the rest of the month. Temperatures will not reach the freezing mark until at least January 26th. The reason for the change, the Jetstream will remain to our north which will keep the Arctic Air from spilling into our region. Meanwhile, a ridge of high pressure will set up along the East Coast allowing a South-Southwest flow to push daytime highs mainly in the 50s through the period. 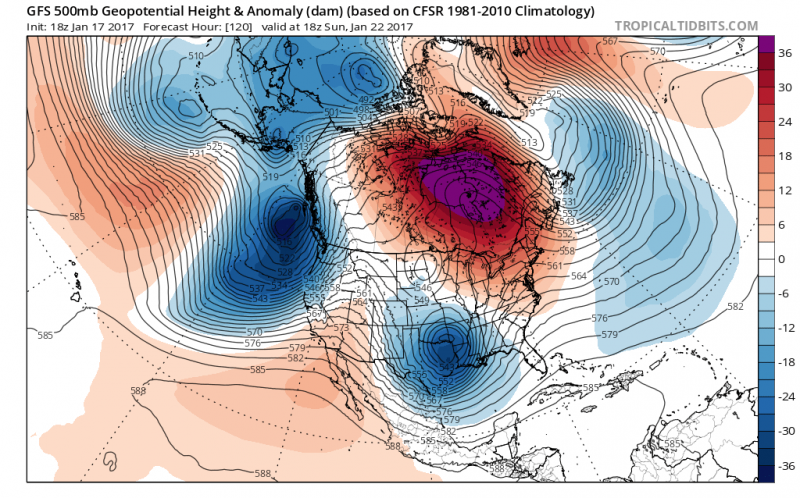 While the pattern maybe mild, it will be unsettled as well. A couple storm systems will give us the threat of rain as well. The first low pressure on Friday will give us a period of rain. 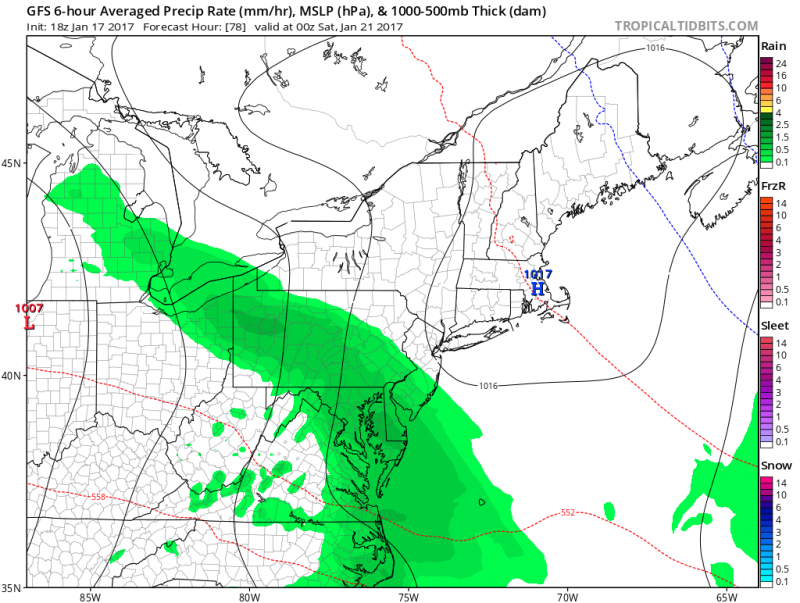 A much stronger storm will arrive on Monday giving us the threat of significant rain. Rain could continue on Tuesday as a secondary low pressure system develops along the coast. 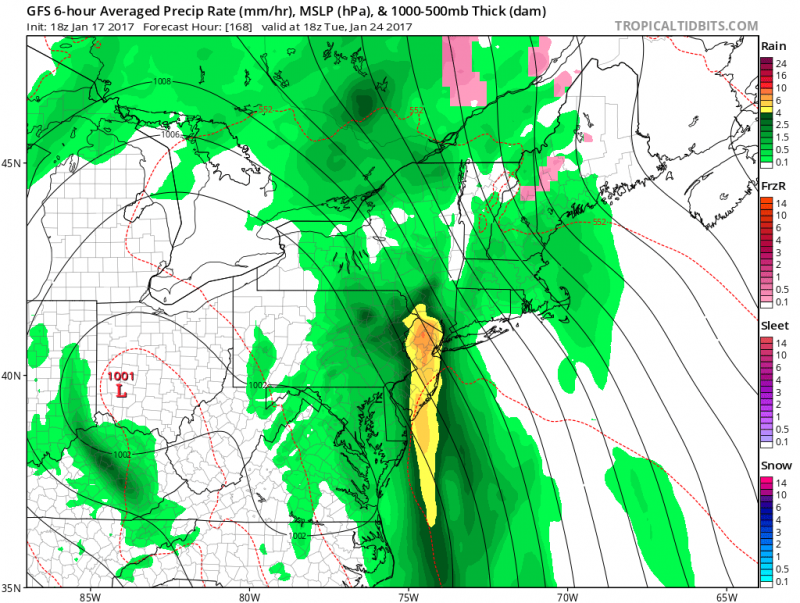 2nd much stronger storm to arrive Monday & possibly Tuesday with rain which could be heavy at times. (Courtesy: tropicaltidbits.com)

Onshore flow will allow ample moisture to soak the region. Along with the potential of heavy rain, some tidal flooding is possible. Fortunately, new moon phase will not arrive until later in the week.

NOAA: Precipitation forecast for the next 7 days shows significant rain totals over our area (2″-3″)

COLD RETURNS AT THE END OF THE MONTH

Unfortunately, the mild temperatures wont last. Long range computer models indicate arctic air will return at the end of the month and continue into the beginning of February. 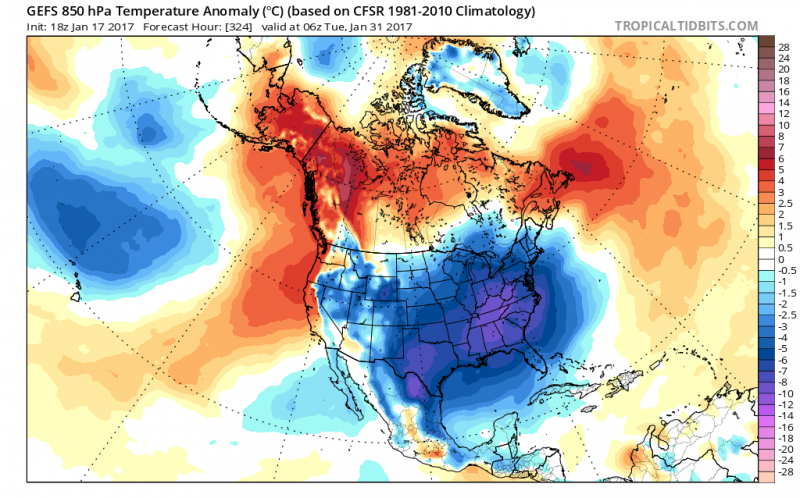 Temperature anomaly for the end of the month shows colder air returning across most of the U.S. (Courtesy: tropicaltidbits.com)

With cold air in place, we will watch to see if the pattern will become active during the period. So far this winter, any blasts of cold air only hangs around for a few days which makes any snowstorm threat difficult. 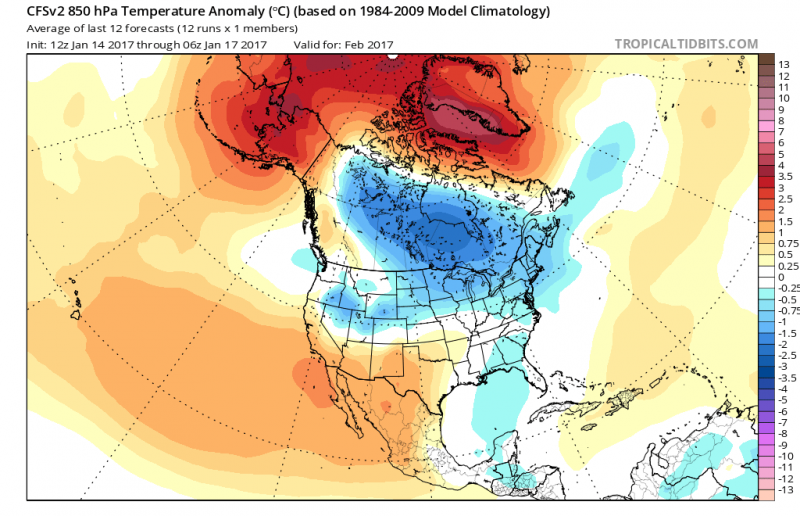 However, long range forecasts indicate the pattern could support more chances for arctic air through the month which could keep us in the freeze longer. But that does not necessarily translate to a snowy outlook. We shall see as we get closer.