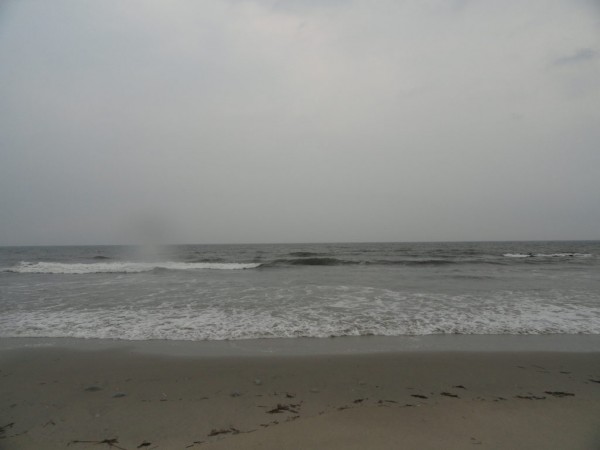 A miserable start to the week as a slow moving storm system off the Carolinas meanders up the coast. Get ready for a good deal of clouds, occasional soaking rain, chilly breezy off the ocean and tidal flooding. Unfortunately this storm is expected to linger through Wednesday morning.

While some light rain or drizzle Monday morning, the steadiest rain should hold off until the afternoon. Temperatures will remain in the 50s. 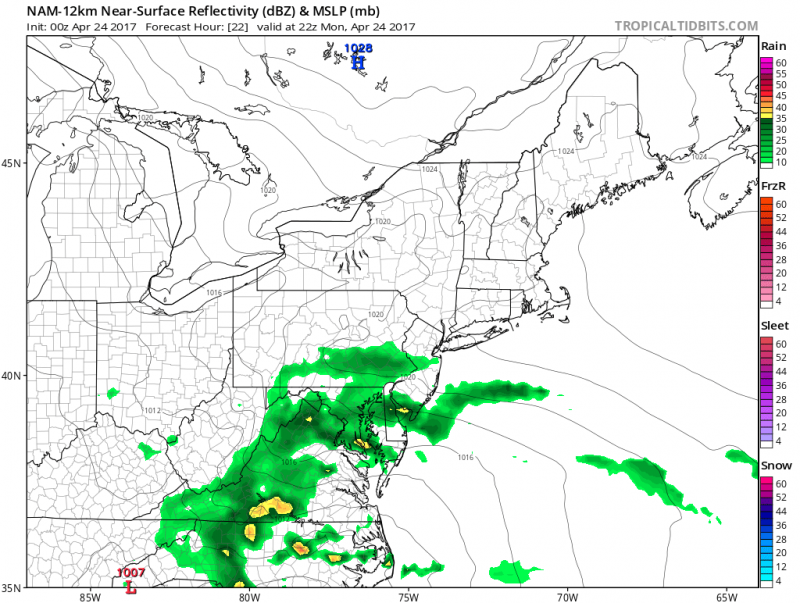 A break in the rain will occur late Monday night into Tuesday morning but the onshore flow will keep us quite cool with drizzle. The next wave of rain and possibly a t’storm arrives during the day on Tuesday and it could be heavy at times. 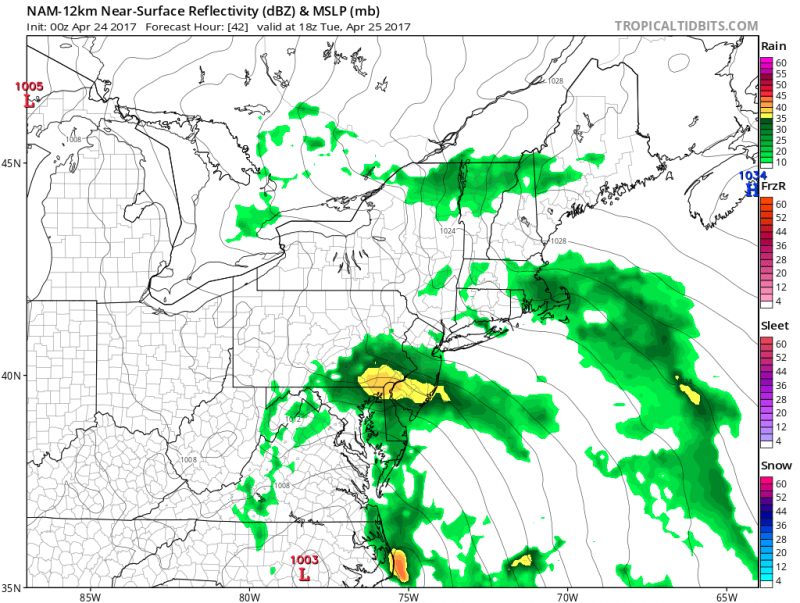 A stronger batch of rain moves in Tuesday. (Courtesy:tropicaltidbits.com)

With persistent onshore flow, heavy rain and a new moon approaching, tides will be going over flood stage by Tuesday PM high tide. 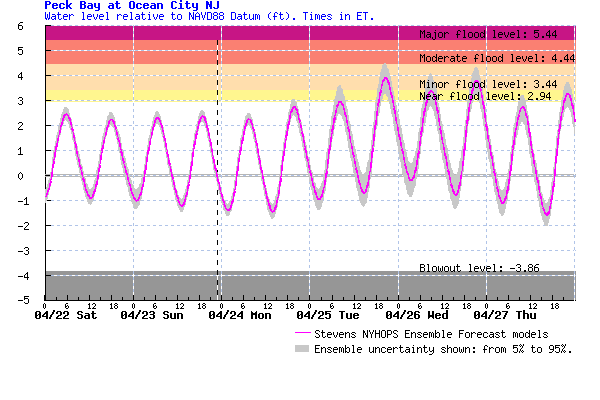 Tidal forecasts show flooding possible later Tuesday and Wednesday. The strongest winds will occur on Tuesday (ENE 20-25mph), and as of now, only minor tidal flooding is expected.

The heaviest rainfall should fall across the South Jersey shore and Central & Southern Delaware where 1″-2″ is expected. 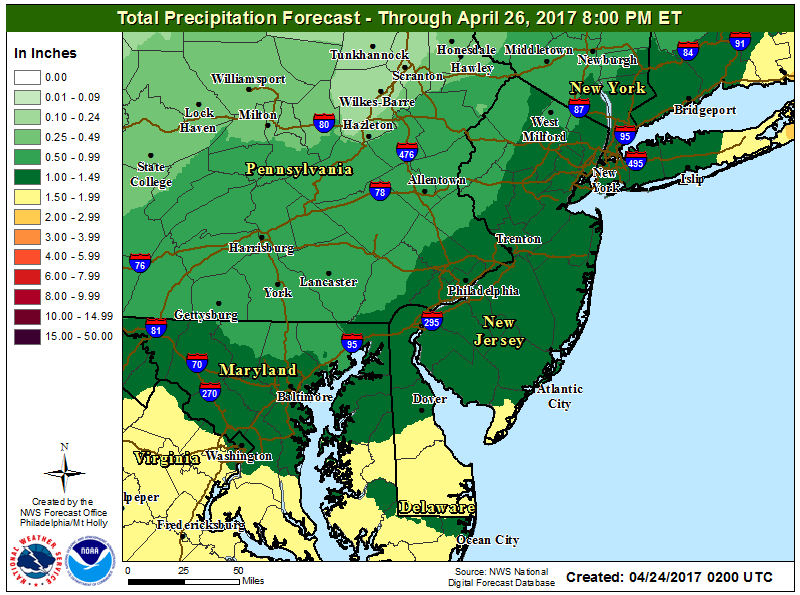 The low pressure system will still be hanging around by Wednesday. As a result, rain should linger at least through the morning hours and cloudy skies should still hang in for the remainder of the day. 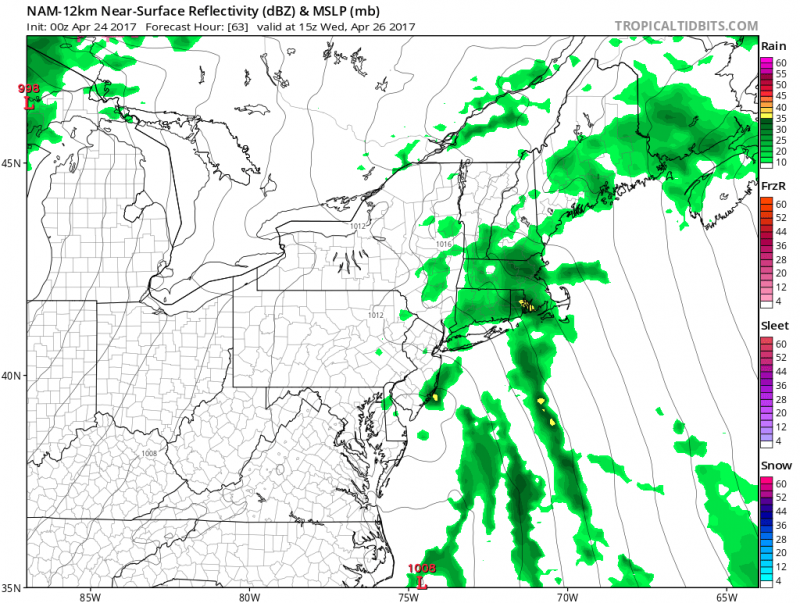 Conditions will start improving by Thursday as the low pressure system finally moves away. This will also begin a return to warmer weather as a ridge of high pressure dominates the East Coast. 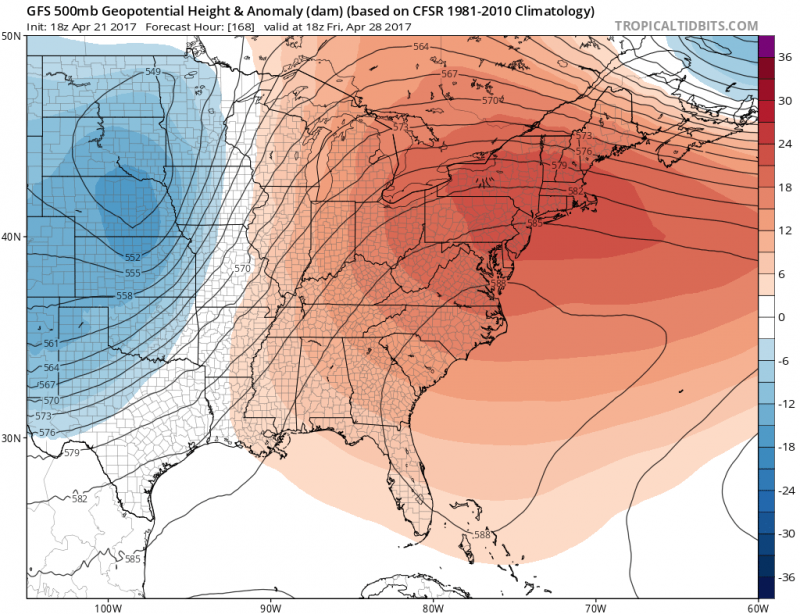 Temperatures will return into 80s inland with 60s and 70s along the coast.