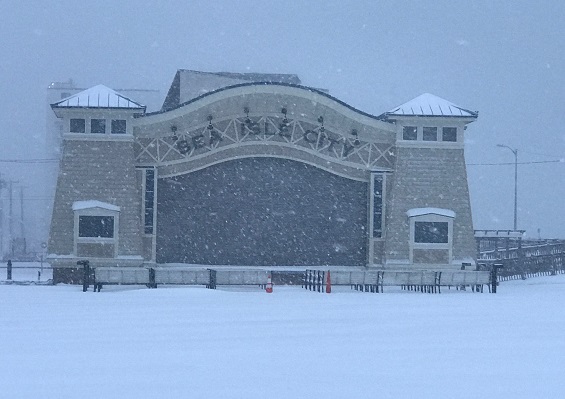 It’s hard to imagine that we are talking about a threat of some snow later this week when daytime temperatures are in the 50s. It has been pretty typical this winter that we go from mild to cold and back to mild within a week and it looks like this pattern will continue.

Low pressure system moving through the Great Lakes will allow a breezy southerly wind ahead of the front which will allow temperatures to climb into the 50s on Tuesday and possibly near 60 degrees on Wednesday. However, it will not be dry the whole time. A warm front moves north on Tuesday giving us a chance of a shower. 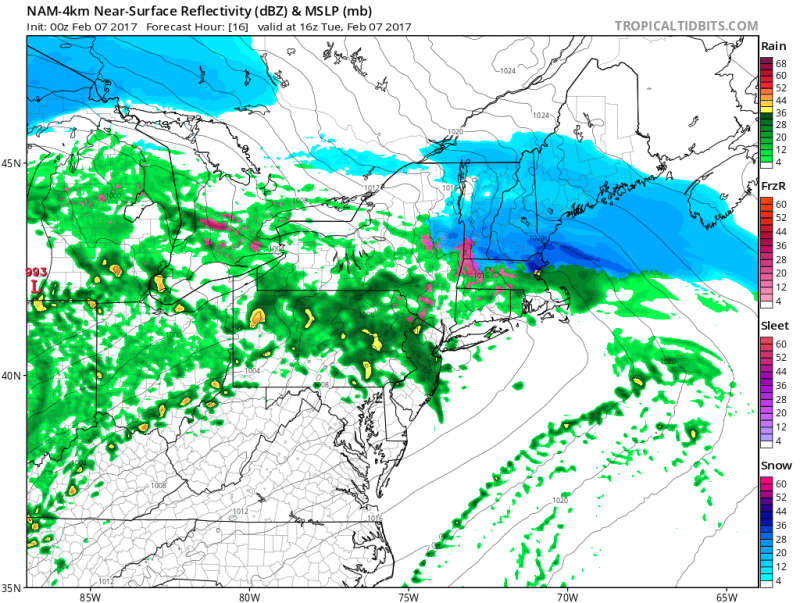 Computer model shows a some rain moving through on Tuesday. (Courtesy: tropicaltidbits.com)

On Wednesday, a cold front will move through during the afternoon. with just a chance of a shower. Temperatures may approach 60 degrees before winds shift to the northwest. 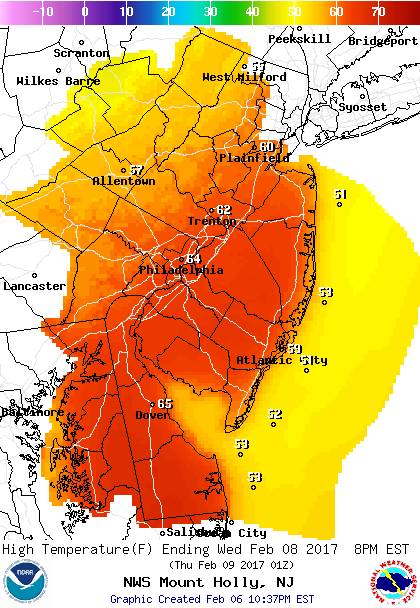 Then The Cold Blast & Some Snow..

A wave of low pressure will ride along the front bringing a round of precipitation overnight Wednesday night into Thursday morning. It will start as rain but with cold air racing in behind the front and temperatures dropping rapidly, rain is expected to change to snow. What is going to makes it difficult is how quickly will the rain change to snow Thursday morning and how much will stick on the ground. Temperatures will have been well above freezing for several days and it would take a steady clip of snow to cool the ground allowing it to accumulate.

Computer models still show a number of different tracks which will also determine how much snow we see. 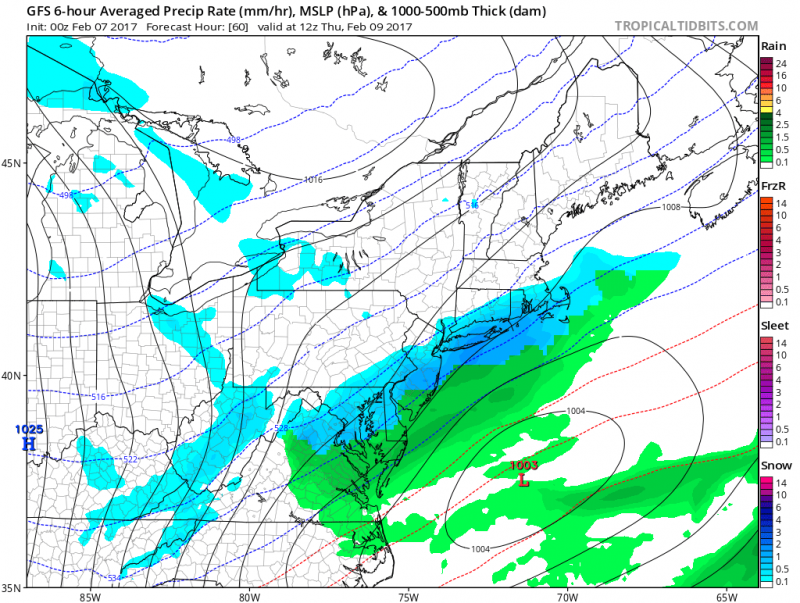 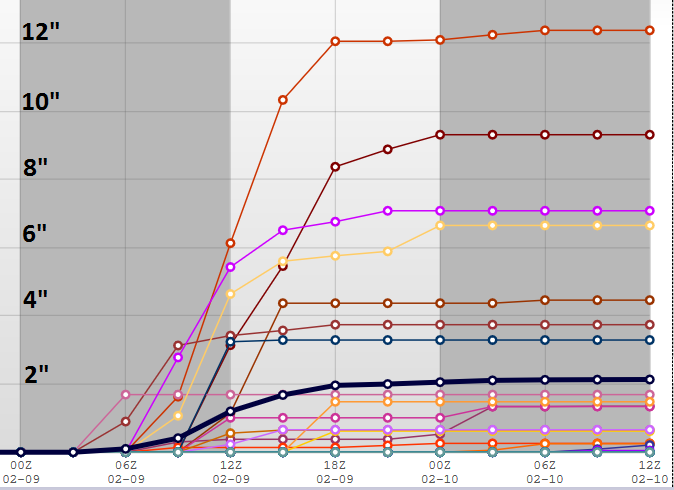 NOAA: Snow total ensembles show a number of solutions ranging from virtually no snow to a lot. Most solutions generally produce less than 4″ with a majority of them less than 2″. Keep in mind this is NOT a snowfall forecast! This is only to show the uncertainty with this forecast but does point to most likely outcome.

Unlike areas to our North & West, we will be one of the last areas to change over to snow. Therefore, snow amounts are expected to be minimal at this time.

Any snow should end around midday Thursday. However, temperatures will remain in the 30s and it will be blustery with winds chills in the 20s. Later in the day, lingering snow showers are possible.

Cold blast will continue into Friday where highs will remain in the upper 30s despite sunny skies. Temperatures will rebound this weekend back into the 40s and near 50 by Sunday.

I will continue to fine tune this upcoming wintry event. Stay tuned.