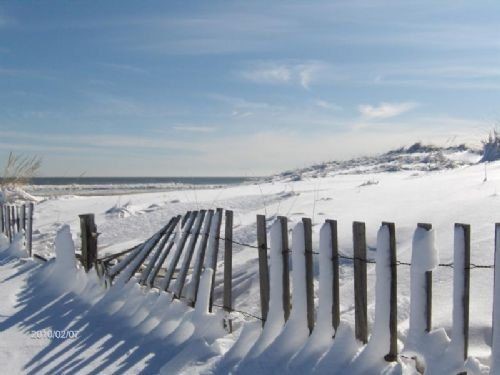 The first of a series of weak disturbances set to move through this week will bring a quick shot of snow Monday morning. A Winter Weather Advisory is in effect for our area with a light accumulation expected to cause conditions to be a bit slick for your Monday morning commute.

A low pressure system will develop off the Delmarva coast and quickly move away. This will create a narrow band of accumulating snow across Southern Delaware and Cape May & Atlantic Counties. 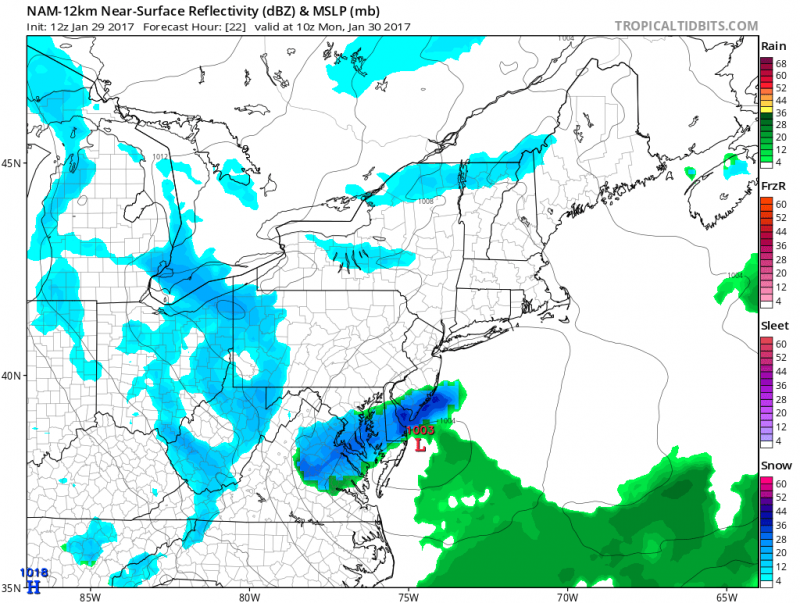 Snow will begin after 3am Monday and continue through the morning ending just before noon. Temperatures will be around the freezing mark which will allow the snow to stick. Snow will make roads and sidewalks slippery, so take your time heading out in the morning. 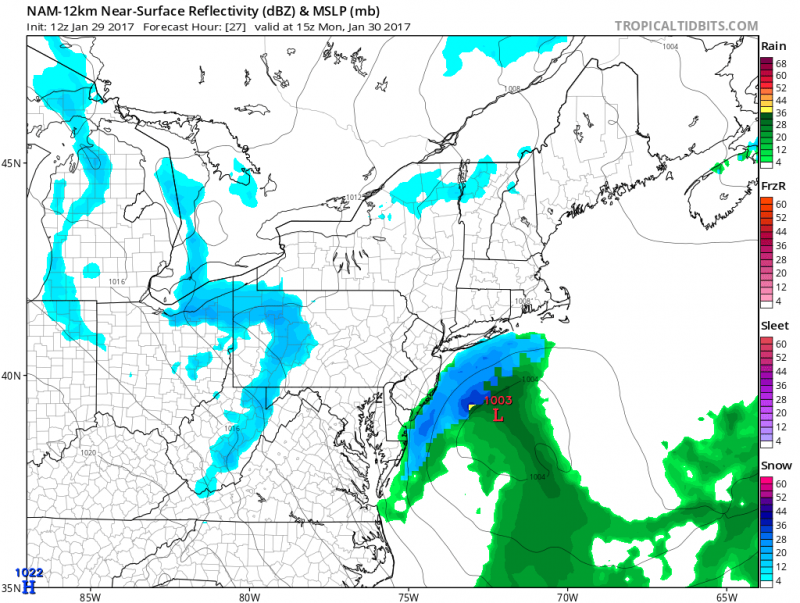 Temperatures will slowly climb above the freezing mark after 9am which will make for slushy roads and the snow could briefly end as rain as the low pressure system pulls away. 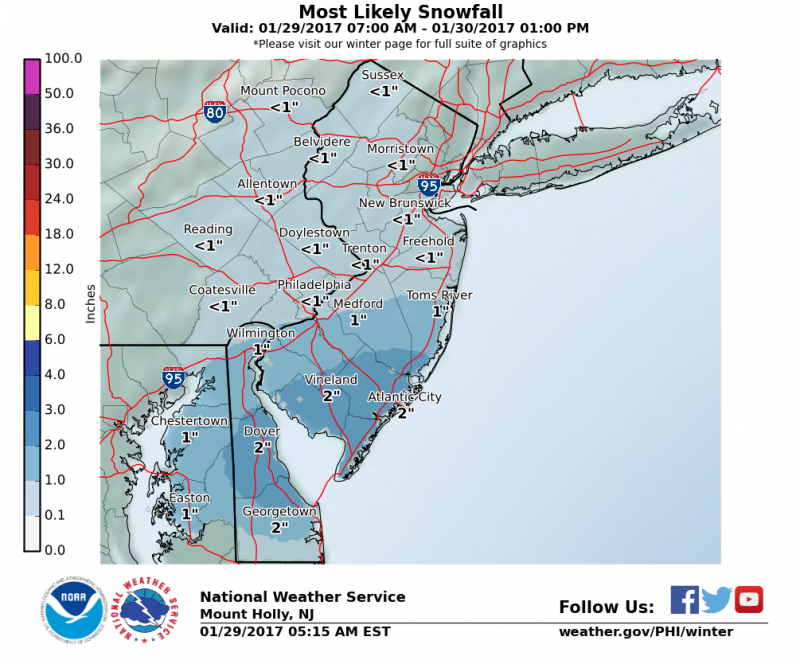 NWS: Most Likely Snow accumulation is around 2″

Sunshine should return during the afternoon and temperatures will top out in the upper 30s to near 40 degrees which will help with melting. 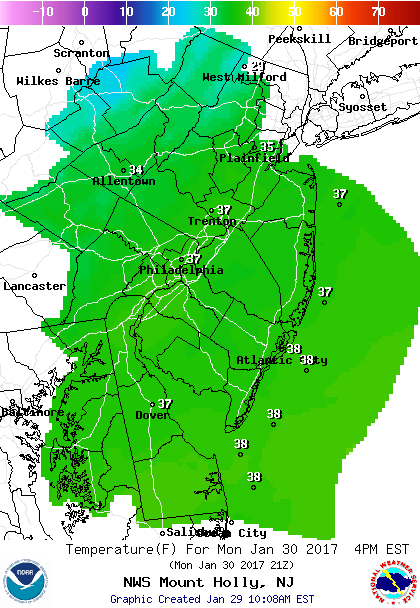 NOAA: Temperatures climb into the upper 30s which will help melt the snow.

Keep in mind with clear skies Monday night, any wet surfaces will refreeze, so it is important to clear roads and sidewalk during the day to allow the sun to dry to surface.

The next disturbance will swing by on Tuesday to our north. Any snow from this system will be confined across North Pennsylvania and Northwestern NJ. For us, only a slight chance of a shower. 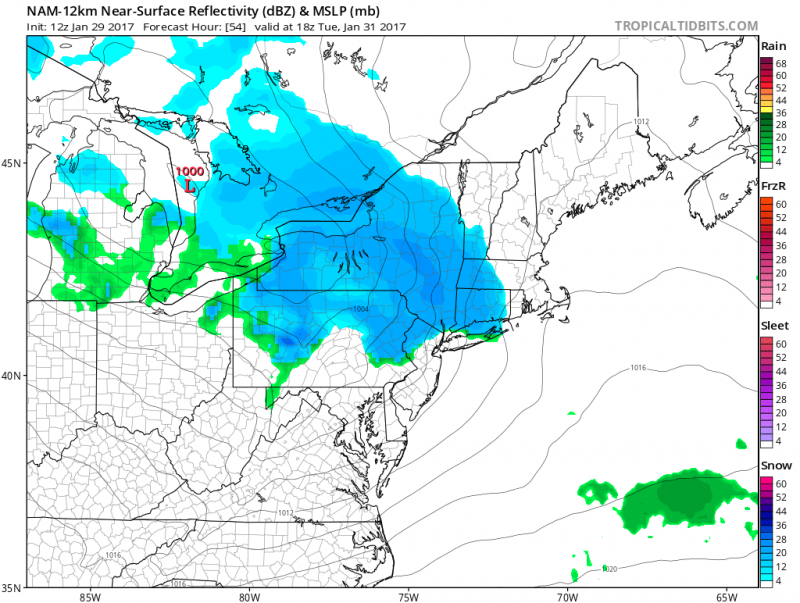 Computer models show next disturbance moves by to our north. (Courtesy: tropicaltidbits.com)

For the remainder of the week will be tranquil with high temperatures in the low to mid 40s.

Our next colder blast will arrive Friday & Saturday which will be followed by a significant storm next Sunday & Monday. More on that later this week…