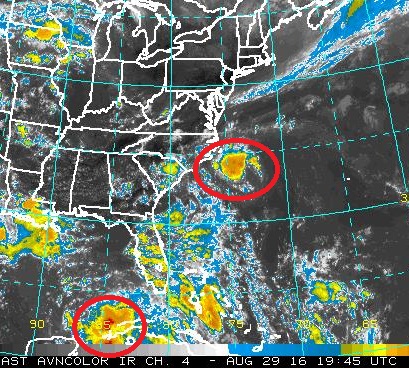 Last week all eyes were looking south as we were watching a tropical wave moving through the Bahamas heading toward Florida. It may have took longer than expected for this system to get going, but it was finally designated a Tropical Depression.

However, our main concern is a another Depression formed on Sunday just off the North Carolina coast. A ridge of high pressure that has been giving us high and dry weather is forcing this system toward the Outer Banks where Tropical Storm Warnings are in effect. The good news is, a cold front that will move through our area later this week, will help recurve this potential tropical storm away from the coast and out to sea.

Conditions are favorable for some development but latest intensity forecasts are mainly keeping from reaching hurricane status. 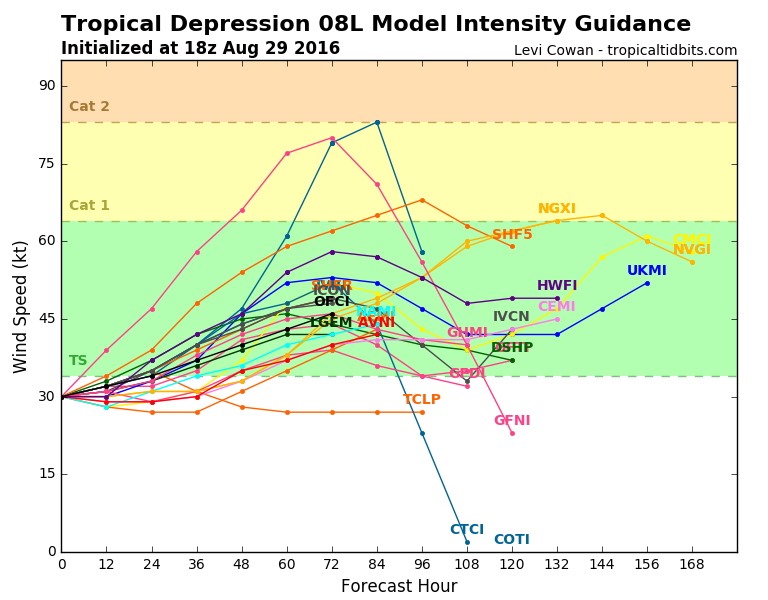 A combination of the tropical system to our south and onshore winds will create dangerous rip currents for Tuesday and Wednesday. Use extra caution if you are headed to the beach this week and only swim in lifeguarded areas. Breakers could be as high as 4-6 feet over the next couple of days.

Returning to the other depression in the Gulf of Mexico…While wind shear is continuing to keep it from rapidly developing, Gulf of Mexico waters are quite warm which will help fuel this storm.

It is currently forecast to track towards the Big Bend region of the Gulf coast of Florida. Tropical Storm Watches are expected to be issued from the Tampa region northward into the Panhandle of Florida. Depending on exact track, this system could re-emerge off the Florida’s Atlantic coast later this week and strengthen further. It could brush along the Carolinas as it moves northeast and eventually out to sea. 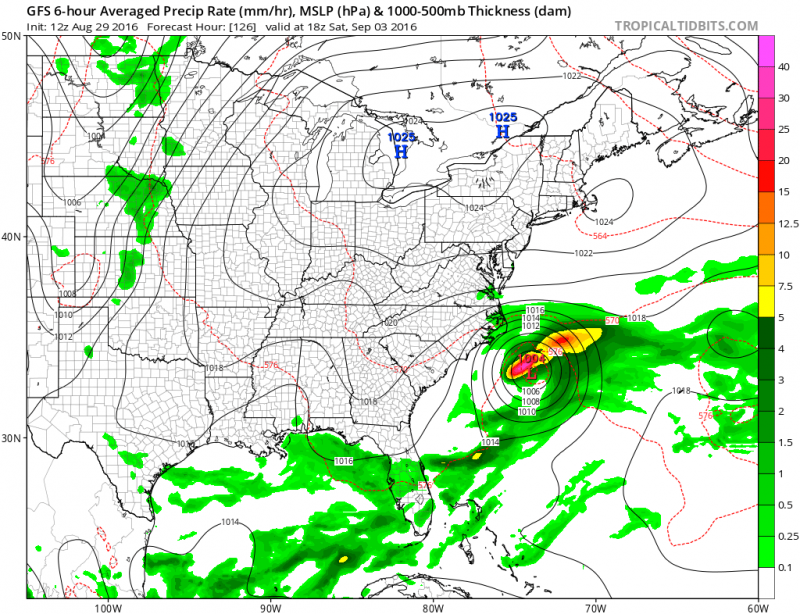 Computer Model Shows Storm in Gulf Re-Emerging and Intensifying Off The Southeast Coast.

This storm could have an extended impact on our beaches this upcoming Labor Day Weekend as we could face another round of dangerous surf and rip currents. Other than the surf, conditions will be spectacular! Sunshine and low humidity with temperatures around 80.