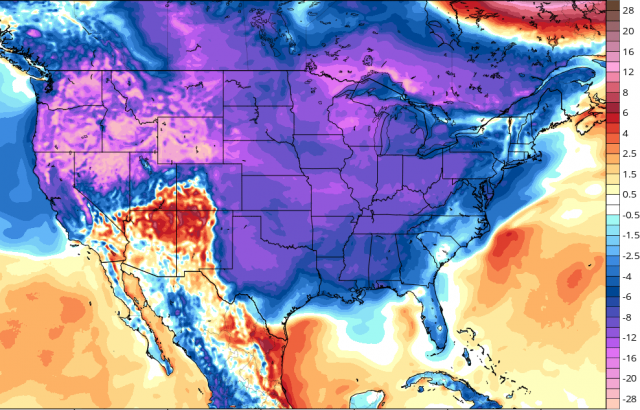 An active pattern has set up this week and a return to winter weather later this week which could include the S-word. After a wet and chilly start to the week, another round of rain is set to move in Tuesday.

Steady rain soaked Sea Isle City on Monday giving us about 1″ of rain as a low pressure system moved up the coast. But we are not done yet. Another low pressure system will move through on Tuesday with another round of rain. The good news is that temperatures will be a bit milder. 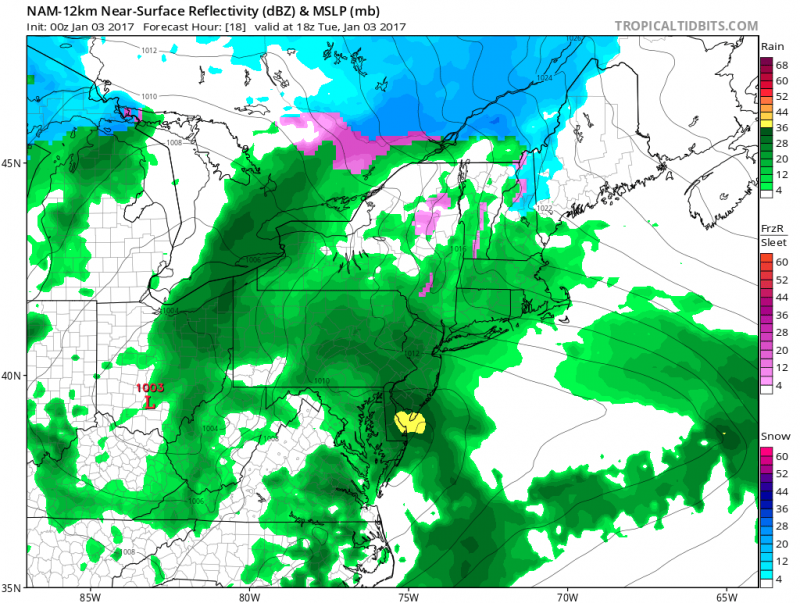 Next round of rain for Tuesday. (Courtesy: tropicaltidbits.com)

After the rain exits, we should salvage one more “mild” day as temperatures should reach the low 50s on Wednesday. Winds will increase out of the Northwest during the day and temperatures will begin to tumble Wednesday night. By Thursday, brisk Northwest winds will continue and high temperatures will hold in the 30s. This is a result of a pattern change where a large trough will dig into the U.S. bringing another shot of Polar Air. Fortunately, the coldest air will remain in the Central and Western U.S. but enough cold air will settle into our region to cause any precipitation that falls to be in the form of snow. The question is…will there be any? 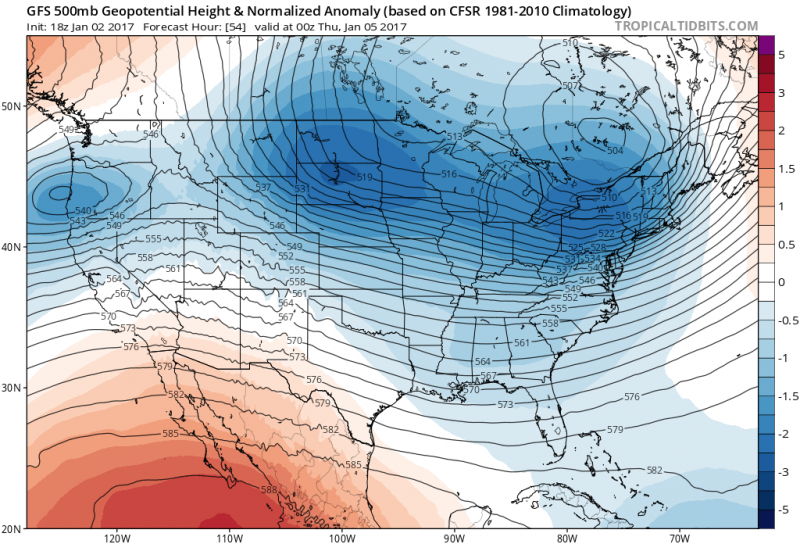 Upper Air pattern shows a trough digging into the U.S. this week bringing in colder air and possibly some snow. (Courtesy: tropicaltidbits.com)

Now for the difficult part of the forecast. Computer models have been tracking the potential for a winter storm around January 6th-8th for quite some time. However, models have been continuously indecisive on the track and intensity of the storm. Even though the odds of a major winter storm is unlikely, some accumulating snow is still possible. As it stands now, it looks as if there will be 2 separate waves of low pressure instead of one large one. The 1st wave will arrive late Thursday night into Friday morning. A period of light snow or flurries is possible with very little accumulation expected. 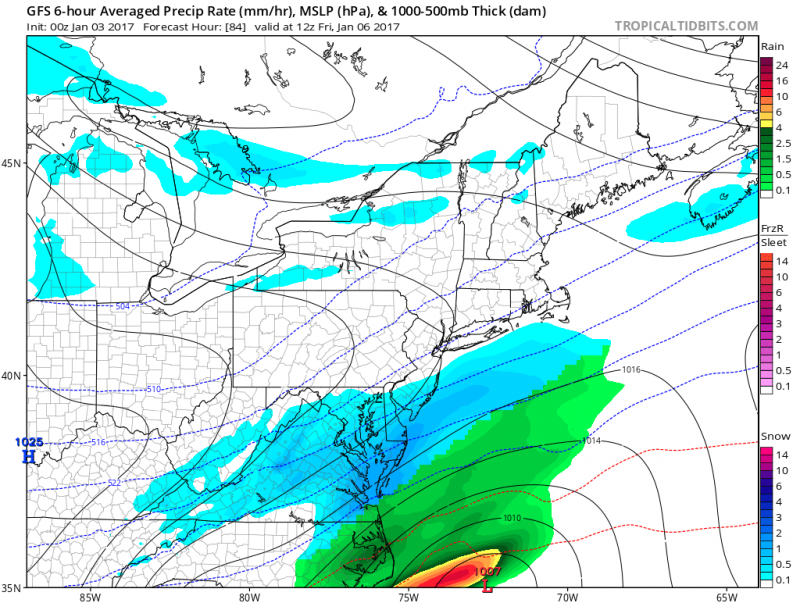 The second and possibly more significant wave is expected for late Saturday into Sunday. However, computer models show varying solutions on what to expect. Most models are keeping this storm far enough offshore. The one computer model that showed a track closer to the coast has now pushed the storm further offshore. 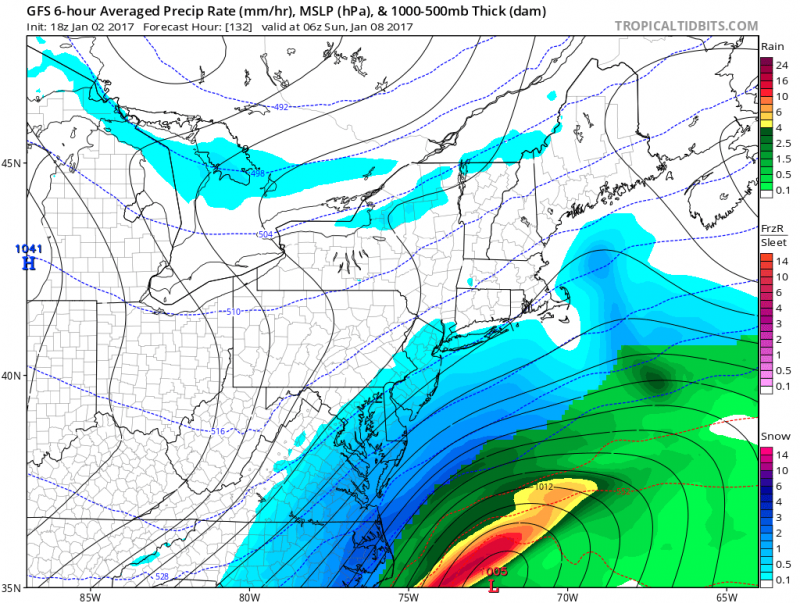 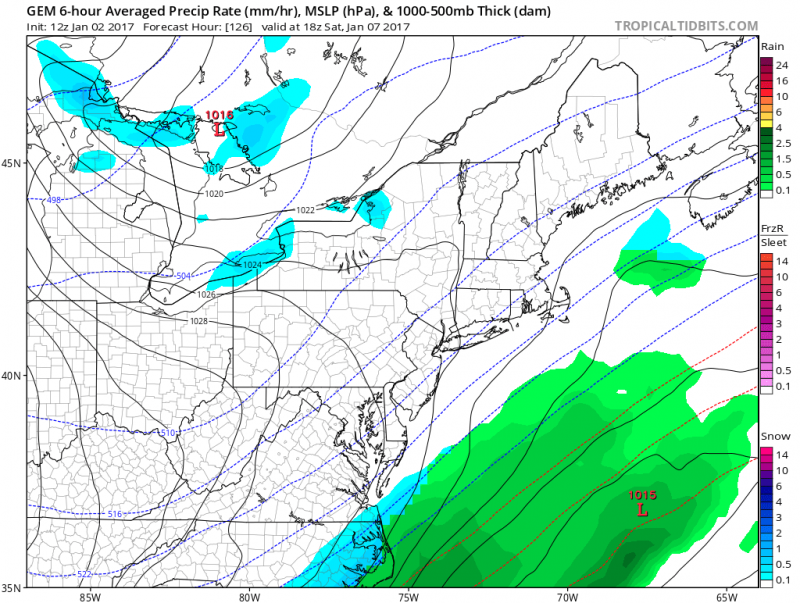 We will not know for at least a couple more days if this weekend storm will hit or miss. But SeaIsleNews.com will keep you updated through the week.

Looking ahead to the rest of January

It looks like our current winter pattern will continue. Brief shots of cold air followed by average to above average temperatures. This will make it difficult, but not impossible for any chances of significant snowstorms to affect us. A more progressive flow in the upper atmosphere will dominate through mid-January. Allowing only waves of low pressure to ride by and no major coastal “bombs” to develop at our latitude. The map below may look like it will be warm in the Eastern U.S…its not. It shows that temperatures will generally be a few degrees above normal, which means highs will be generally be in the 40s through mid-January. 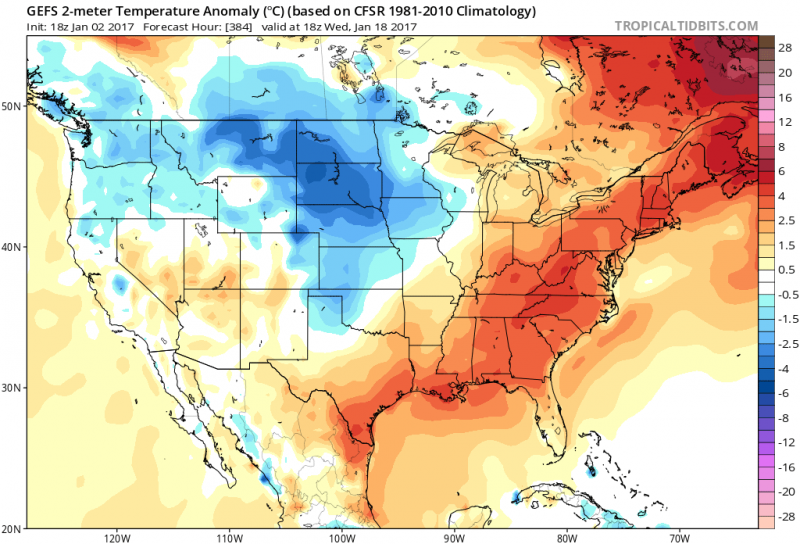 NOAA Outlook for the 3rd & 4th week of January shows potential for above average temperatures as well.