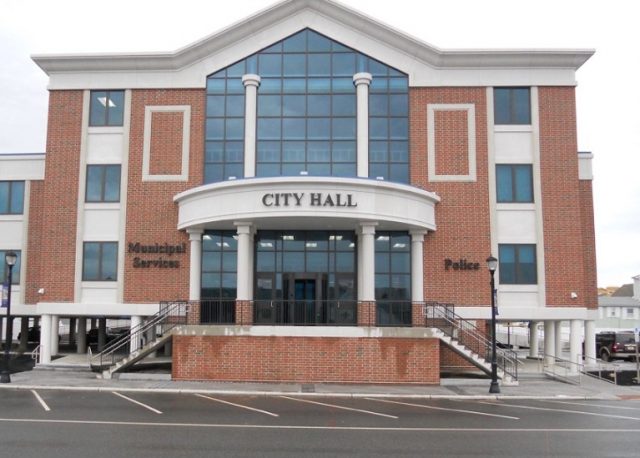 The upscale oceanview and bayfront homes that are common in Sea Isle City often are dressed up with an architectural feature called “bump-outs.”

These decorative canopies and overhangs for doors and windows are considered far more attractive on homes than just having a blank exterior wall.

Zoning laws in Sea Isle currently allow bump-outs only in side yards, but that would change under a proposed ordinance that carves out an exception for some homeowners.

City Council is scheduled to vote Dec. 13 on a measure that would allow homeowners to have bump-outs in their front and back yards if they live on corner lots. A public hearing will be held before the vote.

City Solicitor Paul Baldini explained that because of the way corner lots are configured facing the streets, they have only one side yard. That means they can’t have the two bump-outs that are allowed in the side yards for homes built on interior lots.

The proposed ordinance would address that inequity by allowing homes on corner lots to build bump-outs in the front and back yards. Homes built on interior lots would still be restricted to having bump-outs only in their side yards.

Baldini said the ordinance “cleans up a quirk” in the zoning laws.

“The corner lot is not getting an advantage with bump-outs. It just levels the playing field. It lets them have the same two bump-outs that the interior lots can have,” he said in an interview.

Building requirements such as bump-outs remain a touchy subject in Sea Isle, a town that has been dealing with complaints from residents about large, high-end “monster” vacation homes gobbling up precious open space on the narrow island.

Bump-outs are a way to expand a home while legally “encroaching” into setback areas. In Sea Isle, they can be as wide as 8 feet and can jut out as far as 18 or 24 inches from the house, depending on the size of the lot, according to the proposed ordinance.

During Tuesday’s City Council meeting, one local homebuilder suggested that bump-outs should be permitted in the front and back yards of other houses in town, not just those on corner lots.

He told Council that bump-outs would help to embellish homes throughout the island – including some oceanview and bayfront properties that have an expanse of blank exterior walls – if they were allowed in front and back yards.

“I guess from my viewpoint, I don’t see why we really need to limit it to just corner properties when it comes to front yards and rear yards,” Mashura said.

Mashura said he supports the idea of allowing corner lots to have bump-outs in the front and back yards. But he argued that the proposed ordinance “falls a little short” because it wouldn’t allow homes on interior lots to have the same option.

“I think there are many other properties that are neglected by this ordinance, if I understand it right,” he said.

Councilman Jack Gibson noted that the proposed ordinance represents the third time that Sea Isle has dealt with the issue of bump-outs in its zoning laws. He characterized the new plan for corner lots as a fair compromise.

“I think we have a pretty good ordinance coming up here,” Gibson said, adding that he is anxious to hear public input during the Dec. 13 hearing.

Councilman John Divney stressed to Mashura that builders have the option of constructing smaller homes if they want to create elaborate bump-outs for their customers.

“Have them understand, if you want to have a bump-out, reduce the size of your home,” Divney said.

Mashura responded to Council that he simply wants to build high-quality homes that would make Sea Isle even more attractive.

He made similar comments during an interview Wednesday. He said he believes Sea Isle could avoid having houses that look like “boxes” if bump-outs were allowed in the front and back yards of other homes.

“Why limit it to the front and rear yards of corner lots when other properties could benefit?” Mashura said. “My goal is to build nicer-looking houses. My goal is not to build anything bigger or add density.”