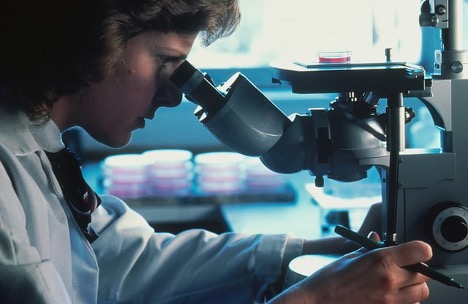 Brad Schaeffer of MedComp Sciences is an expert in DNA-based medical testing as well as serology, and therapeutic medication monitoring. Below, Mr. Schaeffer provides a breakdown of exciting new developments in cancer screening.

If there’s one sector within the medical industry that constantly has intriguing updates, it’s cancer screening. There’s a so much pressure on medical providers to make cancer screenings more efficient and more affordable for hospitals and patients alike. And in 2021, we’re seeing headlines that offer a lot of promise regarding early detection.

Below, Brad Schaeffer of MedComp Sciences discusses a few of the most recent news stories addressing recent cancer screening concerns.

House Bill 371, currently being considered by the Ohio State Representatives, can require advanced breast cancer screenings for women who need them. Currently, in the state of Ohio, women are sent letters by their insurance companies that recommend scheduling breast cancer screenings. If passed, it would include the requirement to send a letter with more in-depth information to women who have dense breast tissue, meaning they have an increased chance of getting the disease.

In addition to this more detailed letter, the bill would also require both Medicaid and commercial insurance plans to cover the cost of breast cancer screenings, eliminating the age restriction.

Currently, age barriers prevent certain insurance plans from covering the cost of breast cancer screenings. For some, the age range is 40 to 75, while others are 50 to 65. With House Bill 371, there would be no age barrier, meaning there won’t be any barriers for women who would like to get a mammography.

A bipartisan bill, House Bill 371 is being sponsored by Ohio House Representatives Sedrick Denson and Jean Schmidt. Both Representatives sponsoring the bill say that the bill aims to ensure women in Ohio can get the best care possible by eliminating barriers previously faced by women whose insurance doesn’t cover the costs of breast cancer screening. In the past, even if initial screenings were covered, it was often the case that further screenings wouldn’t be covered even if they were needed.

This was the case for Cincinnati resident Michele Young. Although Young was told she was low risk for breast cancer, a mammogram in 2018 revealed a possible mass in her breast. An MRI followed, which was when doctors detected a tumor twice as large as they expected.

Understandably, Young had questions. She was low-risk, so how did this happen? Why wasn’t it detected sooner?

It turns out that Young is one of many women who happen to have dense breast tissue, making the detection of possible tumors extremely difficult, according to Brad Schaeffer of MedComp Sciences. In these cases, newer mammogram technology, which produces a 3D image of the breast, would have detected the disease much sooner.

If passed, House Bill 371 will make these improved technologies available for many more women in Ohio. The bill is expected to head to the House floor within the next few weeks, then move on to the State Senate. 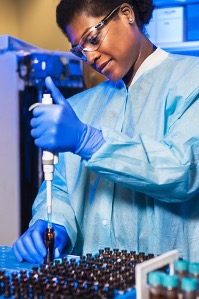 According to Blair Gastroenterology Associates, several insurance companies have announced that they will now cover screening colonoscopies beginning at age 45.

While it’s currently a requirement that Medicare and private insurers cover the cost of these screenings, the recommended age to begin these procedures was 50. This month, Independence Blue Cross, Aetna, and UPMC Health Plan have all decided to lower this age requirement to 45.

This change comes after an announcement and request earlier this year from the American Cancer Society, who requested that the change in age be made due to data that shows an alarming increase in individuals younger than 50 being diagnosed with colon cancer.

The Journal of the American Medical Association recently reported that by 2030, colon cancer deaths are predicted to make up the most cancer-related deaths in individuals aged as young as 20 and as old as 49.

With this alarming find, insurance companies have steadily begun lowering the coverage age starting in May of this year, with more to be announced in 2022.

New Prostate and Colon Cancer Tests a Cause for Optimism

In September, it was announced that a new pair of experimental tests could help doctors detect or prostate or colon cancer using just a sample of saliva or blood.

One such test works by examining a blood sample for the biomarkers commonly linked to inflammation. According to a small study, this method outperformed the current colon cancer screening method of a fecal blood test. When testing saliva, the presence of genetic material known to cause prostate tumor growth can be detected.

If these tests get approval in the United States, it could potentially lead to faster diagnosis and screenings for prostate and colon cancer. These new methods are also easier on the patient and are non-invasive, unlike the traditional colonoscopy or needle biopsy.

Brad Schaeffer of MedComp Sciences relates that these are just a few examples of recent cancer screening news. New procedures are constantly being developed, and legislation that makes cancer screenings more affordable and efficient are hot topics in Washington.

Hopefully, we can expect to see these technologies be used throughout the country. With more accurate and less-invasive technology, the United States might look forward to lower amounts of cancer patients each year.