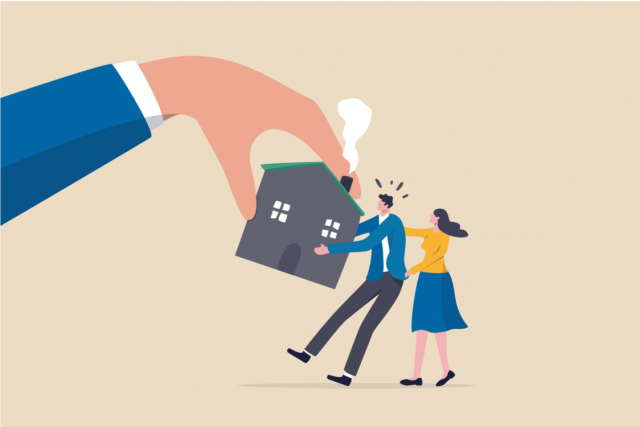 Since the start of the COVID-19 pandemic and subsequent recession, Americans have watched the housing market with bated breath, often expecting the worst. When the pandemic first hit in March of 2020, many Americans lost their jobs and struggled to make their mortgage and rent payments. In order to protect the economic and national health interests, the United States government intervened and created a number of bailout programs, including a foreclosure moratorium and mortgage forbearance program. These programs were a major success, and not only prevented a bust but set off a housing boom. Thanks to low-interest rates caused by the recession, low inventory of houses, and government support, the median home price shot up by roughly 24%. However, with these programs now ending after 18 long months, many Americans are again unsure of their housing situation and its impact on the US housing market. During the last few months, Tiffany Bucher, foreclosure expert, and co-founder of Foreclosure Excess Proceeds, has read a wide variety of reports speculating how this new development will affect the housing market. As an expert in her field, Tiffany Bucher of Foreclosure Excess Proceeds will review different aspects of the current housing market and how the end of the mortgage forbearance program will impact the market.

As of September 2nd, the foreclosure moratorium that prevented foreclosures of federally-backed mortgages has ended, while the mortgage forbearance program that allowed borrowers to pause their mortgage payments is scheduled to end on September 30th. Since the start of the pandemic, more than 7 million homeowners have enrolled in the forbearance program, with 1.75 million borrowers still enrolled today. These 1.75 million borrowers account for roughly 3.5% of all US mortgages and have less than a month to either resume payments, sell their homes, or face foreclosure. Luckily, as seen with the end of the foreclosure moratorium, many American banks do not seem eager to foreclose. Of the 146,000 forbearance plans reviewed by the program in the past week, 30% left forbearance, while the other 70% were extended. However, what will happen to the housing market in the upcoming weeks is still largely unknown.

With less than 30 days until the end of the foreclosure forbearance, many Americans are wondering if we are headed towards another foreclosure crisis. However, there are many avenues homeowners can take before foreclosure. Homeowners can also resume their traditional mortgage payments or, more likely, look to sell their homes. Tiffany Bucher stresses that there are a number of reasons why homeowners would pursue selling their homes before the end of the forbearance. If a homeowner cannot make the monthly mortgage payments after the end of the forbearance, selling their home in a seller’s market and moving to a less expensive area may be an excellent way to ease their financial burden. If a homeowner is paying pricey homeowners association fees, lives in a high-tax area, or has not been able to find a job that pays as well as their pre-pandemic position, they may have no choice but to sell their home or face foreclosure. Additionally, with home equity rising, many homeowners in forbearance can now sell their home at a higher price than they originally purchased it. This evidence leads many experts to believe that a foreclosure crisis is less likely than it was in the housing market crash of 2008; however, there is still a possibility if the market is overloaded with homes for sale.

The Housing Market Crash of 2008

To fully understand the potential foreclosure crisis, it is important to look at past examples of the foreclosure crisis in American housing history. The foreclosure crisis that followed the 2008 housing crash occurred primarily due to the millions of American homeowners who had a mortgage greater than the home’s original value. This forced many American families to foreclosure their homes. The main difference between the 2008 foreclosure crisis and our current housing situation is that many American families today have sizable home equity and the option to sell their homes in a seller’s market. However, if a percentage of the 1.75 million homeowners currently enrolled in the mortgage forbearance program do decide to sell their home instead of returning to their mortgage plan, it could negatively affect the current housing market for sellers. As American home sellers are currently reaping the benefits of the low inventory of homes, this influx of home’s on the market could drive down national housing prices. According to the National Association of Realtors, there is a record low of units available on the market today, with only 1.37 million homes available for sale. This is in stark contrast to the average number of homes the US housing market has held for the past forty years, nearly 2.5 million units.

When the COVID-19 pandemic first began, American’s daily lives were drastically changed as COVID caused rampant unemployment and the eventual shift to remote work and remote learning. During this time, many American families were uncertain of their future and put off plans to sell their homes or move in 2020. Housing developers paused plans for development in 2020, and lumberyards halted the production of building materials. This left existing building supplies scarce, driving up prices and making home development astronomically expensive. With few existing homes on the market and no new homes being built, the low inventory of homes quickly turned into a seller’s market. As unemployment rates decreased and national COVID-19 vaccination distribution efforts began in earnest, many Americans resumed their moving plans and hoped to take advantage of the historically low mortgage interest rates, which average 3.11% for a 30-year fixed-rate mortgage. While many homeowners took advantage of this decrease to refinance their mortgages, this caused an influx of Americans on the market interested in purchasing a new home.

“See You In September” – In Sea Isle

Beachwood Lining up Bookings for Special Events in 2022

“See You In September” – In Sea Isle

Beachwood Lining up Bookings for Special Events in 2022