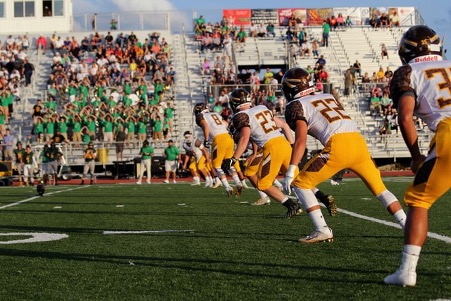 It’s bowl season and as the nation prepares for their favorite college teams to show down for the last time of the season, they’re already making predictions for who will win. Stephen Troese Jr. is a contributor for NCAA news and below he shares some of the major stories coming from college football related to upcoming bowl games, who’s favored to win, and any major shakeups.

This year’s San Diego County Credit Union Holiday Bowl has officially been canceled after UCLA pulled out from the competition, leaving NC State without a challenger. According to UCLA athletic director, Martin Jarmond, the team would be unable to attend the Bowl game due to fears of the rapidly spreading Omicron variant of COVID-19.

Stephen Troese Jr. explains that Jarmond made this announcement through Twitter just four hours before UCLA was supposed to kick off the game, frustrating NC State players and coaches who had traveled across the country to play. According to NC State officials, they were given no prior notice of the cancellation and, instead, found out about it through Twitter.

With no backup team available to fill in for UCLA and only four hours left before kickoff, there was no option but to cancel the Holiday Bowl completely. Jarmond and NC State athletics director Boo Corrigan have since been in communication and Jarmond was reportedly apologetic for his role in the cancellation. Stephen Troese Jr. reports that as Omicron continues to spread across the nation, more Bowl games may be canceled.

Further shakeups struck the Ohio State Buckeyes after several players announced they would not be playing in the upcoming Rose Bowl. Offensive tackle Nicholas Petit-Frere, defensive lineman Haskell Garrett, and receivers Garrett Wilson and Chris Olave have instead decided to join the NFL draft in the upcoming 2022 season.

Stephen Troese Jr. says that Olave and Wilson are both expected to be first-round draft picks after four and three year careers, respectively, garnering 23 career touchdowns for Wilson and another 35 touchdowns for Olave. Without its star players, the Buckeyes will have to rely on Jaxon Smith-Njigba, who’s led the team in overall catches this season.

The Ohio State Buckeyes are scheduled to face off against the Utah Utes in the upcoming Rose Bowl, with the Buckeyes favored to win. Coming off a loss against Michigan, analysts predict that the Buckeyes will play intensely to secure their position as top dog in the league.

As for the players who’ve entered the draft, we won’t know where they land until next year. Stephen Troese Jr. says to stay tuned for further updates in the upcoming draft season.

Stephen Troese Jr. reports that 2021 hasn’t been the best of years for the University of Oklahoma. After head coach Lincoln Riley departed in late November, Sooners fans had been left wondering what would become of their favorite college football team. Fortunately, they’ve been gifted the turnaround no one saw coming.

During a surprise news conference on Monday, Sooners athletic director Joe Castiglione and University of Oklahoma president Joe Harroz greeted the audience with a strangely familiar face—Bob Stoops. Stoops had previously coached the Sooners from 1999 clear through to 2016 before stepping down into retirement. However, after Riley announced his departure, Stoops saw the need for strong leadership.

Embodying the loyalty the kept Stoops at the University of Oklahoma for nearly 18 years, he could be seen wearing a bright orange visor and a look of dedication to his team. Stephen Troese Jr. explains that Stoops is only expected to act as an interim coach until the University can find a proper replacement but, for the time being, Sooners fans are rejoicing to have their former head coach back.

Although it’s tradition to douse a coach in Gatorade after a win, Stoops decided to substitute the iconic sports drink with a shot of Tequila if he can manage to pull the Sooners to a win in the upcoming Alamo Bowl. We’ll keep you posted on whether he gets his shot or not. 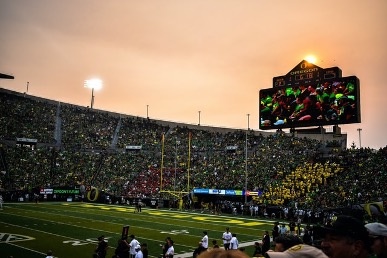 Keep an eye out for these upcoming playoffs and bowl games.

Check in with Stephen Troese Jr. from week to week for more updates and any possible cancellations due to COVID-19 or the Omicron variation.