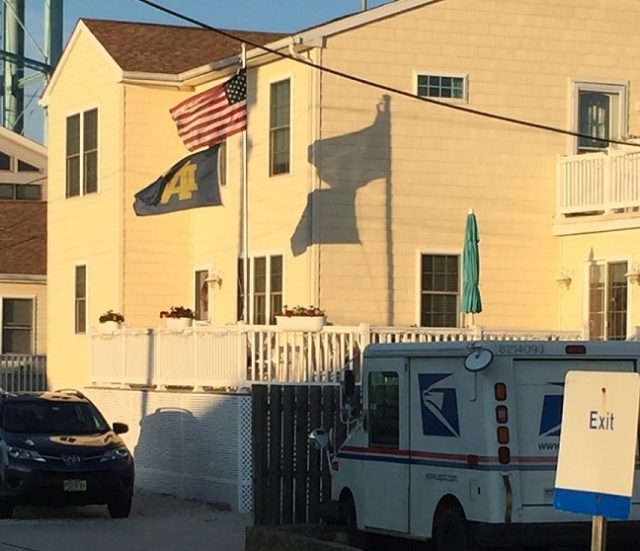 Sea Isle City, known as the Sea and Sand Vacatitionland, is increasingly becoming known as a city of flags.

Old Glory was in full effect throughout the island during our cameraman’s recent survey, but that’s nothing new. Patriotism, summer and the stars and stripes go hand in hand, and that has always been the case. We are talking about decorative flags here, the kinds that make a statement.

It is clearly a trend in Sea Isle to show college and school pride through the use of banners. No sooner had we entered town than we spotted our first flag, a huge Notre Dame pennant flying underneath Old Glory alongside a house directly behind the post office.  And the flags just became more evident after that.

The home of Tom and Jacqueline Corcoran flew banners representing the University of Virginia and LaSalle University. The flags signified their alma maters. Tom told us that we caught him on a slow week, on any given weekend you might see flags representing Marist, Pitt, Villanova, Fordham or Penn, depending on which family members were present at the house.

Gardner’s True Value Hardware in Ocean View serves Sea Isle’s flag needs with a variety of brackets, poles, tools for installation, and of course, a selection of actual flags. Visit them at http://ww3.truevalue.com/gardner/Home.aspx 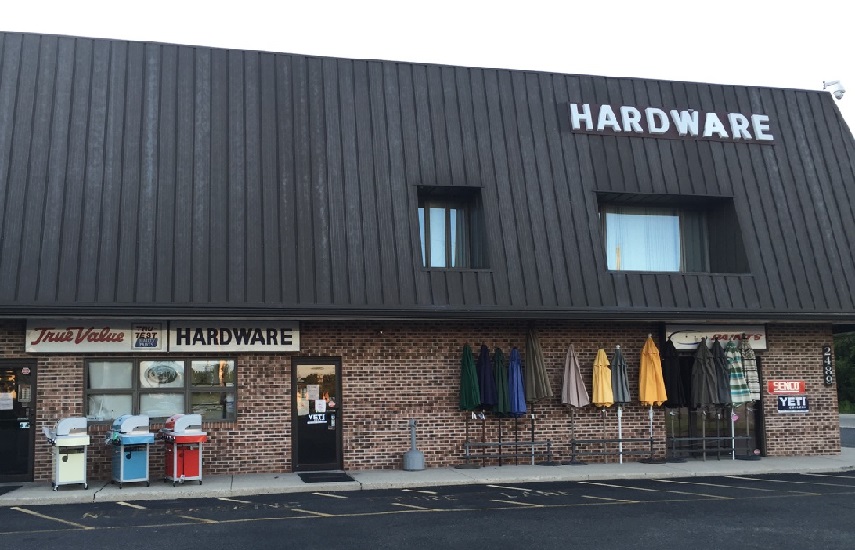 “We don’t have specific flags (other than American flags) but we have everything you need for putting the flag up,” said proprietor Joe Gardner. And the sale of such items has gone up in recent years, a clerk at the store said.

That much was evident as our cameraman continued his drive around town. In addition to school flags there were seasonal flags, party flags, state flags, national flags of Poland, Italy and of course many shamrock flags and Irish national flags. 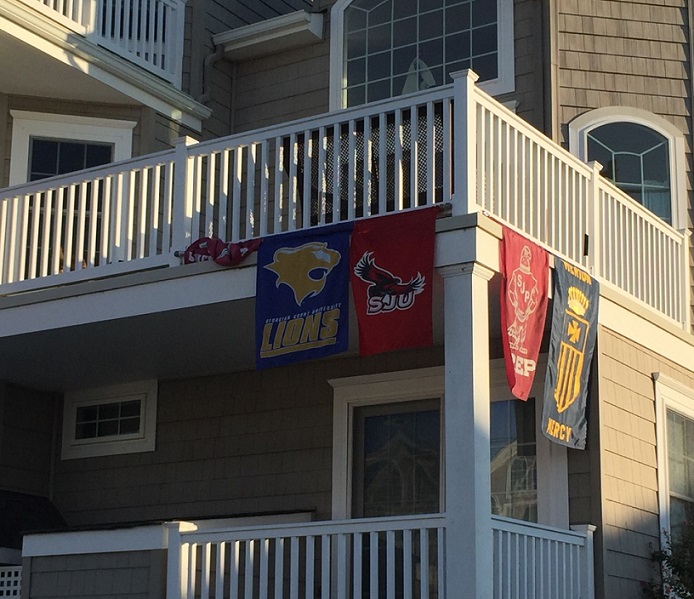 The most predominant remained the school flags, and not just colleges. St. Joseph’s Prep and Merion Mercy flags were spotted, as well as the flags of several local high schools. Among the college flags, Notre Dame was easily the most predominant non-local flag.

“It’s doubtful that many people around here went to Notre Dame, an observer stated. “I’ll bet they are ND football fans.”