All of those beachgoers wearing flip-flops and bathing suits in Sea Isle City may not be on vacation.

Most of the time, Sea Isle’s police officers are in uniform, but some of them will go undercover on the beach this summer as part of a broader program to crack down on underage drinking and teenage rowdiness.

Speaking before City Council, Police Chief Tom D’Intino unveiled plans Tuesday to prevent large groups of teenagers from disrupting the town’s family-friendly atmosphere in popular places such as the beaches, the Promenade and the downtown area.

“We’re going to stay focused on the problem, like we did last year,” D’Intino told the Council members.

By the time August rolled around, city officials said the problems were under control and declared the program a success. 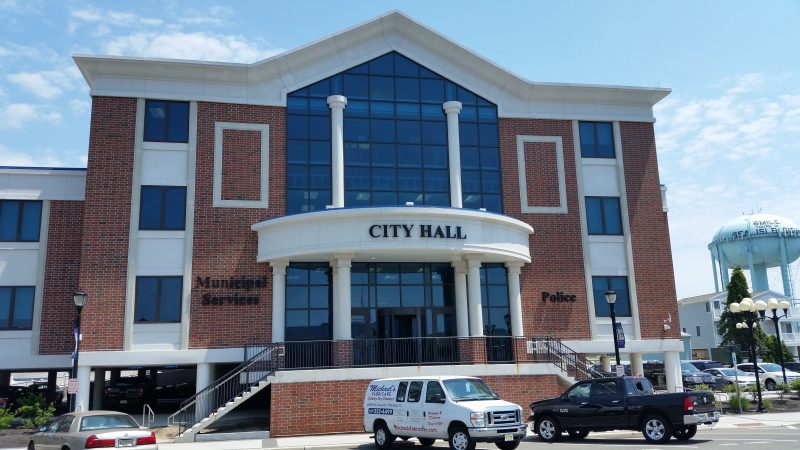 This summer, police want to get a jump on things even earlier to prevent large groups of teenagers from getting out of hand. D’Intino said the police department’s strategy is “constantly evolving” to meet the challenges.

There will be more police manpower this summer to deal with any problems – 28 seasonal officers, compared to 23 last year, D’Intino said. Sea Isle will be fully staffed with seasonal officers after the police academy graduates its new class on June 29, he noted.

Police will continue patrolling the beaches at night while watching out for underage drinking and teen parties. But some officers will also go undercover during the daytime – dressed as typical beachgoers – to enforce the laws, D’Intino disclosed.

“We’re going to do more stuff on the beach during the day,” he said.

Police also plan to continue the “cops in shops” program that includes officers going undercover in bars to check for illegal alcohol sales to minors. D’Intino said the local bar owners have cooperated with the program.

Last summer, police concentrated their anti-crime efforts on the beaches, the Promenade and the central part of town, all favorite gathering spots for local residents, tourists and teenagers. D’Intino said police will patrol the entire Promenade this summer, not just the most popular areas of the oceanfront walkway.

The city has improved the lighting along the busiest parts of the Promenade as another crime-fighting tool. The areas include the Promenade’s hub at John F. Kennedy Boulevard. D’Intino expressed confidence that the upgraded lighting will help police with their enforcement efforts.

The city’s capital plan includes $500,000 for better lighting along the entire Promenade over the next two years. However, the city took quicker action last year to brighten up the most popular sections of the Promenade.

During his remarks to Council, D’Intino also said this summer will see the return of a police substation, at 40th Street near the Promenade, to hold juvenile offenders in custody until their parents pick them up.

Police also plan to have officers out patrolling the town on bicycles and motorcycles. Councilwoman Mary Tighe suggested that those officers could help make sure that local bicyclists and cars safely share the road, especially on Pleasure Avenue adjacent to the Promenade.

D’Intino appeared before Council in response to Tighe’s request for an update on how the police plan to handle teenagers loitering on the Promenade. Last year, she expressed concern that Sea Isle’s family-friendly image was being harmed by an outbreak of unruly behavior.

In an interview after Tuesday’s Council meeting, Tighe said she was hopeful that the police program will work this summer. She stressed that the city wants teenagers to know that Sea Isle is serious about enforcing its laws.

“We want that out there – that we are enforcing our rules and it won’t be tolerated,” Tighe said of unruly conduct.

Council President William Kehner assured D’Intino of the governing body’s support in approving local laws that would help police do their job.

“Thank you for your good work,” Kehner told D’Intino. “If we can assist you with an ordinance, let us know.”

Separate from what the police department is doing, city officials and the business community are exploring ways to add teen-oriented, nighttime entertainment at Excursion Park next to the Promenade.

In addition, the Sea Isle City United Methodist Church is opening a new coffeehouse this Friday that will be another draw for teenagers by offering entertainment that appeals to young people, city officials said.