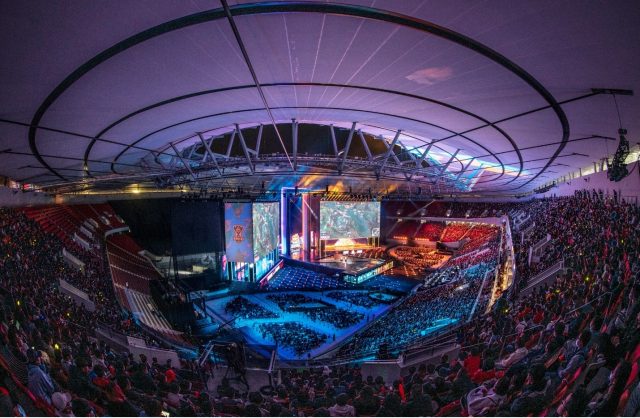 Playphone Games is a mobile gaming platform serving both gamers and developers by offering a premium playing experience combined with a monetization service for makers. Playphone regularly publishes news for the gaming community and below they discuss fan reaction to the League of Legends nail-biting finale.

The globally renowned PC MOBA game League of Legends kicked off their 11th annual world tournament on October 5, 2021, in Reykjavík, Iceland. This year the tournament welcomed 24 different teams from every region, with the audience favorites residing in NA, EU, and Korea. Fans excitedly cheered on their favorite teams, with both returning champions and those who have yet to touch the glorious Summoner’s Cup entering the rift.

Returning MVPs have also caused discourse amongst the fans as many are vehemently defending their kings. With so many promising champions, it seems that Worlds is no longer the walk-in-the-park some made it out to be, with fans unsure of how it will come to an end.

Playphone reviews what happened at League of Legends Worlds 2021 and what we learned from this year’s competition.

The Group Stages left many fans flustered, confused, and even relieved by the turn-of-events that took place.

Group A was probably one of the most anticipated group stages that Worlds has experienced in a while as two returning champions, Damwon Gaming (Korea) and FunPlus Phoenix (China), were going battle for the top spot. Fans were excited about seeing the two best midlaners, Showmaker (DWG) and Doinb (FPX), finally compete for the title of “best player in the world” that many fans attribute to them.

Unfortunately, FPX could not deliver as they ranked last in their group, but DWG earned their spot as the fan-favorite by ending the group stage 6-0.

Group B: The King Has Returned

If fans weren’t excited about Group A, then they were definitely excited about Group B. The famed Korean team, T1, returned to claim their fourth world championship. They quickly climbed to the top of the ranks by ending 5-1, proving that the champions are here to stay.

According to Playphone reviews, the results of Group B still shocked some viewers as Edward Gaming (EDG) knocks out 100Thieves and solidifies themselves in the second-place spot.

Group C and D did not have much of note aside from Fnatic (FNC) having to withdraw from the game due to personal reasons, which upset plenty of European fans. The top-ranking team from Group C, Royal Never Give Up (RNG) played considerably well and could keep up the tempo, but their competition was lackluster at best.

Group D surprised fans with the first 4-way tiebreaker as each team played at a similar level. Fortunately, Gen.G took the top spot and remains one of the top contenders for the Summoner’s Cup, along with T1 and DWG. 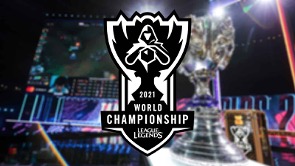 The quarterfinals was just the start of the frustration that many viewers experienced, with many matches ending at a painful 3-0. Fans of North American team Cloud9 (C9) expected their team to surpass the underdogs Gen.G, but they could not get past the team’s solid defense, with the final score also ending 3-0.

The matchup between EDG and RNG was the only one that seemed to consist of players being evenly matched. They played all 5 of their games with a final score of 3-2. Perhaps players should start looking towards these underdogs as they could easily take the crown from their contenders.

The quarterfinals showed the viewers that perhaps the other regions should be learning a thing or two from the Asian teams. These are the teams that passed to the semi-finals:

The semi-finals have yet to air, but fans are already creating speculation about who will win. Originally, many believed that FunPlus Phoenix would be standing alongside the world’s greatest players. However, due to the mishandling of their games and Doinb’s wrist injury, we have an underdog, Edward Gaming, instead.

Playphone says fans are already placing their bets on who they believe will rise to the top, with many anticipating the match between Damwon Gaming and T1. Whoever wins the semi-finals will be much closer to their goal of winning another world championship, while the other will have to come back next year or go into retirement.

Many are starting to look towards the smaller teams like Gen.G and Edward Gaming, though, as they are constantly surprising viewers and commentators alike by keeping up a consistent tempo and not rushing in for bad plays.

Many thought this World’s would be a walk in the park for their favorite teams, according to Playphone Games, but they failed to notice that the game is forever changing. While the strongest teams have remained on the top throughout the tournament, we cannot discount that newer names are fierce. They’re proving that the competition is only getting more vicious; the stakes for standing alongside the Summoner’s Cup and cementing their name in League of Legends history have never been higher than right now.