One thing was very unanimous during a lengthy Planning Board meeting in Sea Isle Monday night: many residents approve of the redevelopment of the landmark Springfield Inn at 43rd Street and Pleasure Avenue and the improvements to its bar the Carousel.

In a unanimous vote, after hearing from applicants for the developer as well as the public, the board voted to approve the project by MEH Investments, of Flourtown, Pa.

“The Carousel is somewhat of a Sea Isle icon,” said the applicant’s lawyer Julius Konschak during a presentation.

Springfield’s existing building will be replaced with a three-story complex featuring a new restaurant, retail space, outdoor bar and four upscale condominiums as well as a 290-seat banquet hall.

MEH Investments needed variance relief for things including, drainage and a height variation.

In a nod to the Springfield Inn’s nearly 60-year history in Sea Isle, the buyers want to preserve the iconic name by retaining it when the property is redeveloped into a new bar and 148-seat restaurant. They also plan to keep the name of the Carousel Bar.

Above all of the concerns, however, Monday night, parking was the main one.

More than 30 residents or property owners attended the hearing. Many of them were in favor of the project.

Residents who live, or have properties within 200 feet from the Springfield Inn, addressed the dais first during the proceeding.

Alison Phillips, of Philadelphia, owns five investment properties in Sea Isle, two of them are near the Carousel Bar.

She said she had concerns about parking, height and other issues.

“I have properties two blocks from the Carousel, and I’m concerned about height and parking,” she said.

Phillips also said that overall, she approves of the project.

Brian Halligan, the owner and partner at MEH Investments, explained to the audience and the board that there are plans to offer valet parking and he is in talks with other businesses to utilize their parking facilities.

He, and two other investment partners would be part of the Springfield’s purchase, which was on the market for $6.7 million. Each partner would own a 33.3 percent stake.

The other partners are John Krinis, of Glenside, Pa., and Chris Myers, of Blue Bell, Pa.

While parking is always at a premium in a popular vacation destination, Halligan noted that many people use an UBER or take other transportation and are dropped off and picked up.

He said parking is one issue, a main priority, that will be firmed up with a plan before the opening of the Carousel Bar, which Halligan said may open in 12 to 14 months.

Following that, would be the opening of the new Springfield Inn.

Planning Board members asked several questions about parking, landscaping, height, drainage and hours of operation and said they were satisfied, so long as some issues, including the parking venues, are secured.

Mark Gibson, engineer for the project, said the Carousel Bar has been in existence for 40 years, just about 20 years less than the landmark Springfield Inn.

Both will be demolished to make way, he said, for properties that are up to code and beautiful.

The no-frills Springfield has possessed a special allure for multiple generations of customers ever since it opened in 1972 under the ownership of the Bisciotti family.

“We want to keep everybody happy. Things will come up. We are committed to being good neighbors,” he said of issues that may come up.

He noted that the partners would love to be able to get the Carousel open by summer.

“We want to move as fast as possible,” he noted.

The idea, officials said, of creating a more aesthetically pleasing building with condos and a banquet hall for weddings and other special occasions, along with having an outside bar, the only ocean front one in the resort, will generate even more business.

Christopher Glancey, of Sea Isle, and owner of several properties, is president of the Chamber of Commerce and Revitalization.

He stepped up to the mic and addressed the board.

He said he is completely supportive of the project; he thinks it will be a benefit for the community. 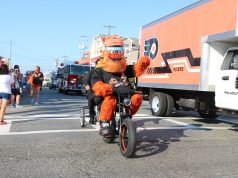 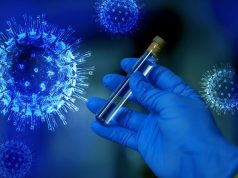 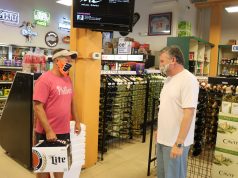