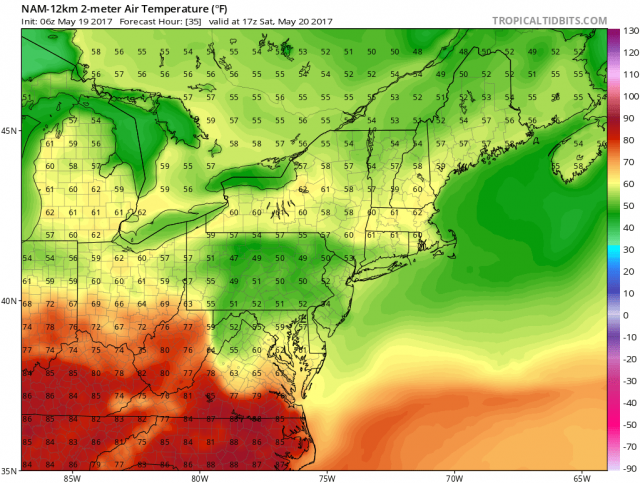 We are at the end of the summer-like warmth as cooler air will move in for the weekend and beyond. Westerly winds will push temperatures into the 80s for Friday.

A cold front will move through late in the day triggering a few scattered showers and storms after 5pm. 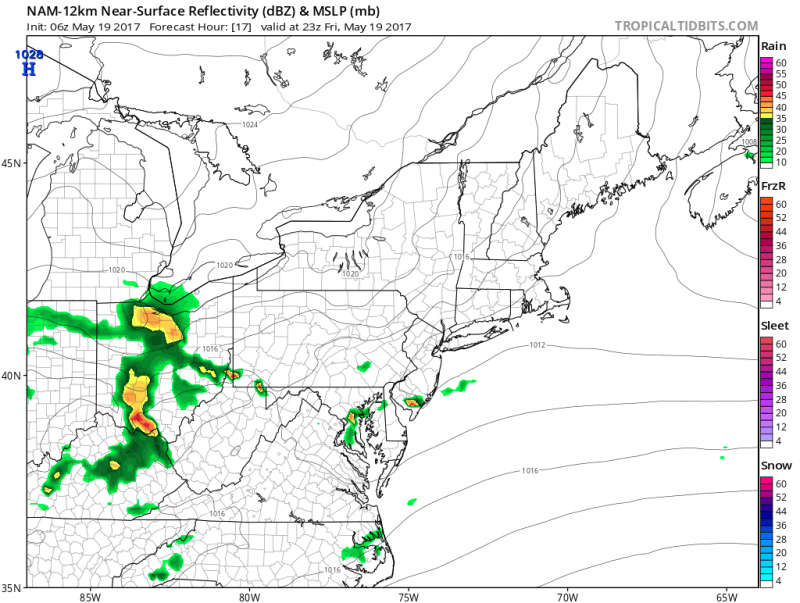 Much cooler air settles in for Saturday as winds switch northeasterly off the cool ocean. Sun will be mixing with clouds and temperatures will barely make it into the low 60s. Keep in mind this will be 20-25 degrees cooler than Friday’s high temperature, so pull out those sweatshirts again. 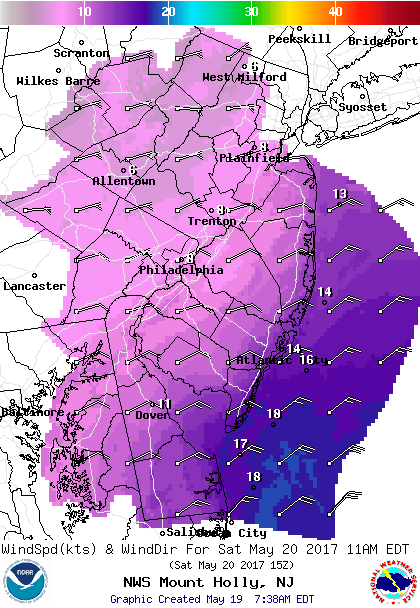 Sunday will be another dry, cool day as winds continue in the easterly direction keeping temperatures in the low 60s. 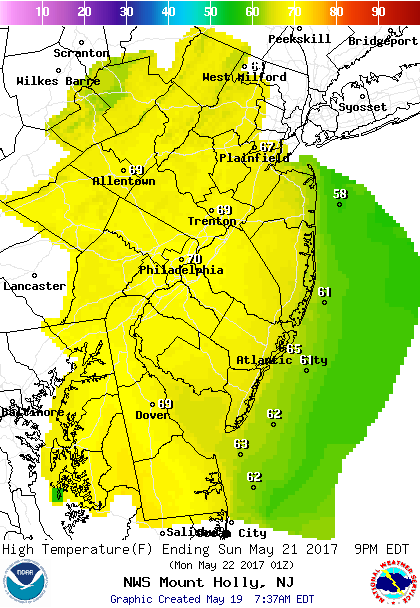 As we move towards the all important Memorial Day Weekend, it looks as if it will remain on the “cooler” and unsettled side through next week. Daytimes temperatures will remain in the upper 60s to around 70 early in the week and in the mid 60s the second half of the week. The first chance of rain will arrive Monday as a cold front moves through the area. 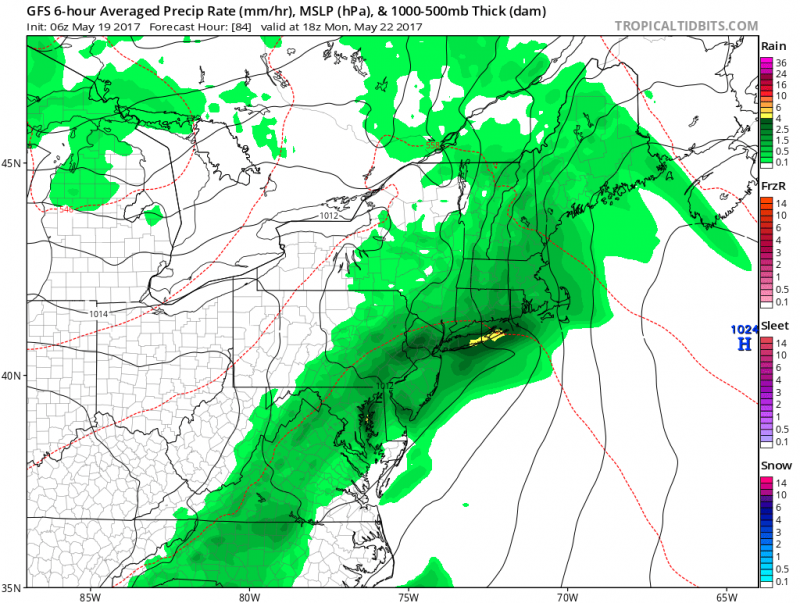 We will have a break on Tuesday before another storm system arrives later Wednesday into Thursday. 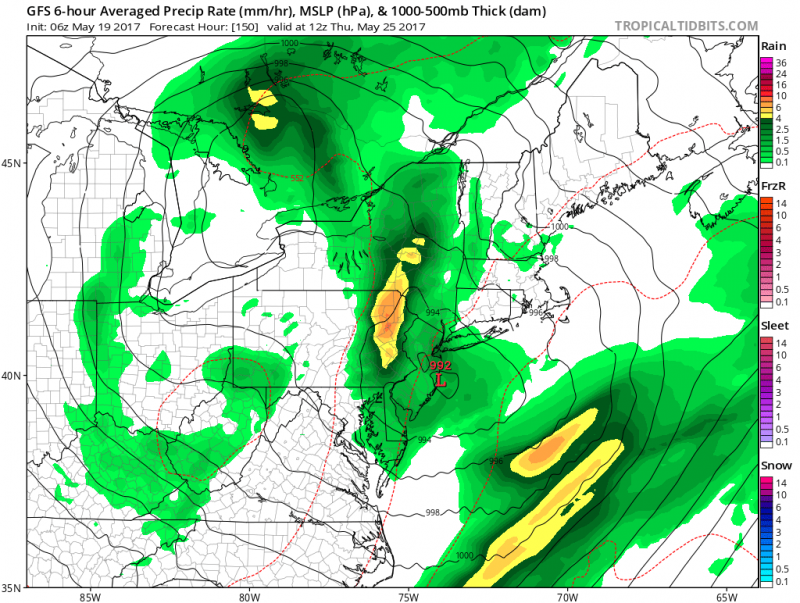 Computer models show the next storm system bringing more rain for the 2nd half of the week.

As we take an early peek into the Memorial Day Weekend, so far it looks as if it will be mainly dry with temperatures in the 60s & possible low 70s.