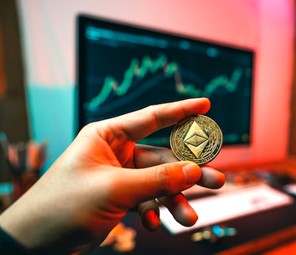 Moshe Hogeg is an entrepreneur thought leader in the technology sector. Mr. Hogeg serves as the Chairman of the Blockchain Research Institute at the Tel Aviv University, and regularly donates to blockchain research. In 2018, Mr. Hogeg is reported to be the first ever to pay for a real estate transaction in Israel using cryptocurrency. In the following article, Moshe Hogeg discusses the Ethereum block chain software upgrade, problems with the old system, and benefits of the new.

Popular cryptocurrencies, such as Bitcoin and Ether, regularly come under fire for their contributions to global carbon emissions, stemming from the steep energy requirements for mining digital currencies. And, although much lower than Bitcoin’s 62.3 tons of CO2 per transaction, Ethereum still contributes roughly 19 tons of carbon for every trade. Yet, a recent upgrade will slash that number to nearly 0 reports Moshe Hogeg.

After updating its software from legacy PoW software to an improved PoS software named ‘Merge’, Ethereum has been able to revolutionize how cryptocurrencies are mined and traded through its platform. This transition will cut energy consumption by more than 99%, improve user security, and add new scaling solutions. To understand how this is possible, Moshe Hogeg reviews more about Ethereum’s latest software update below.

Before getting into how Ethereum’s new PoS system works, it’s important to understand how the old PoW system worked. With PoW, digital currency miners race against each other to solve math problems using massive amounts of energy to earn the right to add new blocks of transactions to the blockchain.

As more miners join the race, Moshe Hogeg says the difficulty of the math problems increases, thereby requiring even more energy to calculate the solutions. In fact, Ethereum’s old PoW system was so energy-intensive that, at one point, it was estimated to use more electricity than all of Ireland.

Not only was this system bad for the environment, but it was also becoming increasingly centralized, as only those with enough money to invest in the best mining equipment could compete. This went against what the system was intentionally created to do, forcing many to question whether Ethereum’s mission statement of producing a decentralized Web3 was sincere.

With Ethereum’s new PoS system, named ‘Merge’, things work a bit differently. Rather than miners competing to solve math problems, the system randomly selects a user to add the next block of transactions to the blockchain. Moshe Hogeg reports that the probability of a user being selected is proportional to the number of coins that they have staked.

So, rather than expending large amounts of energy to solve math problems, users only need to stake their coins in order to earn the right to add new blocks of transactions. Not only is this system more energy-efficient, but it is also more decentralized, as users don’t need expensive mining equipment to participate.

The Benefits of Ethereum 2.0

By moving to a PoS system, Ethereum 2.0 is able to offer a number of benefits over the old PoW system, including:

Most importantly, Moshe Hogeg explains, Ethereum’s latest update returns the platform to its formerly decentralized position, putting it back in line with the dreams of a yet-unrealized Web3.

Miners Dumped Their Hoards in the Lead-Up to the Merge

In the lead-up to the final software change, Ethereum’s value went through a pretty noticeable period of instability with some investors bidding in favor of the change while others moved to dump their stockpiles of Ether. This caused the price of the cryptocurrency to drop by as much as 58% in the last six months reports Moshe Hogeg.

However, since the actual merge took place, the price of Ethereum has stabilized and is already back on the rise. Currently, a single Ether is trading at around $1,300 and is up around 3% over the last few days. It is expected that, as more users begin to take their coins, the price will continue to rise as the demand for Ethereum will increase.

Ethereum’s new PoS system is a major upgrade from the old PoW system, as it is more energy-efficient, secure, and scalable. This is a major step forward for the platform, as it returns it to a more decentralized state. As a result, the price of Ethereum has stabilized and is already on the rise.