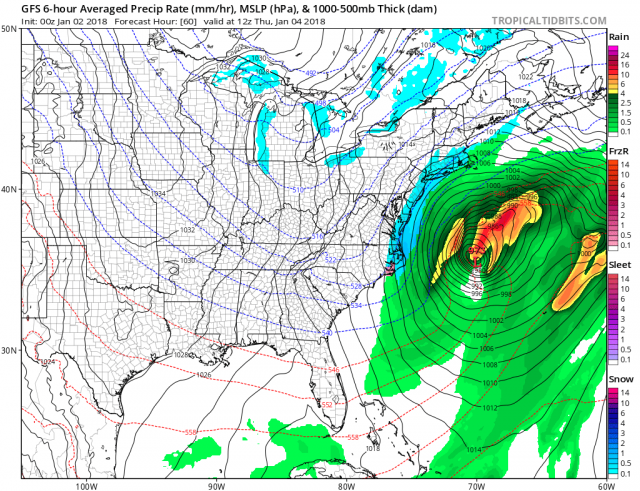 The threat of significant snow has now emerged for Wednesday Night and Thursday for the NJ coast. A low pressure system over the Bahamas will move up the coast and rapidly develop into a monster coastal storm. Over the past few days, forecasts have been mainly offshore keeping us from any significant effects of the storm. However, each new computer run has inched closer to the coast which has the potential to give us accumulating snow and possible near white out conditions as the storm deepens and strong gusty winds howl from the northwesterly direction.

As a result of this rapidly deepening storm, another blast of frigid air is expected to usher in behind the storm. High temperatures behind the storm for Friday and Saturday will only reach the upper teens with dangerous wind chills values that will be below zero. 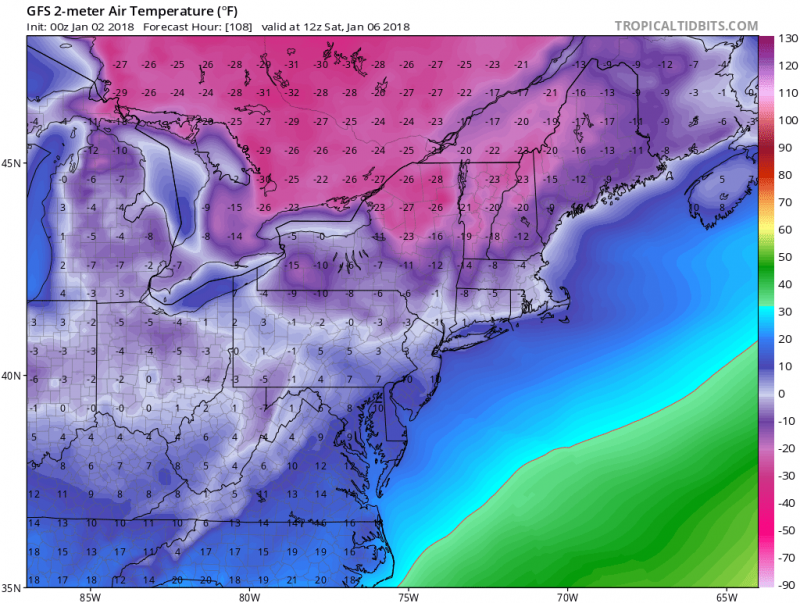 Forecast temperatures behind the storm show frigid air returning for the end of the week. (Courtesy:tropicaltidbits.com)

There are still more details to be worked out over the next 24 hours but it seems the likelihood of plowable snow is increasing for the Jersey Coast. Right now there is a wide range of expected amounts that could occur from this storm depending on the track. 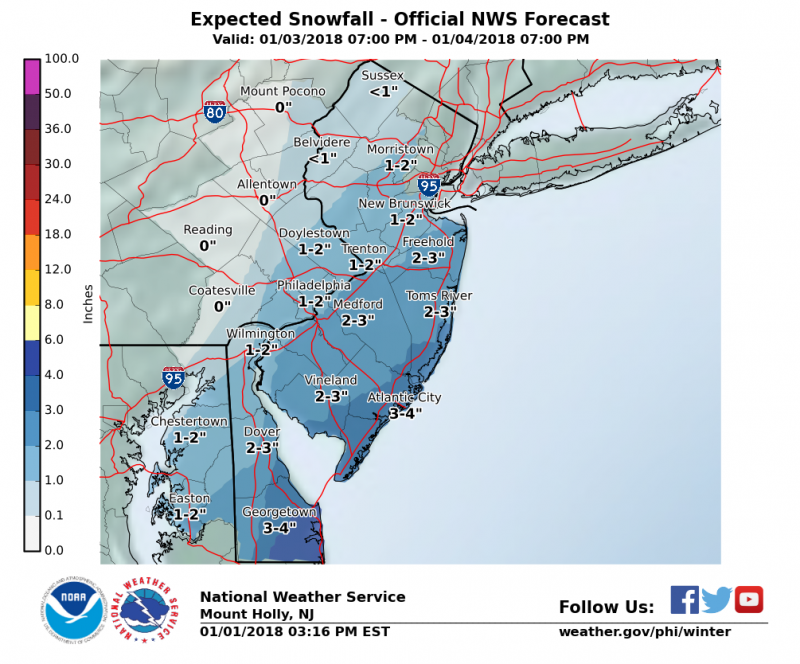 Current Snowfall Projections from the NWS suggest 3″-4″ is possible from this storm but any deviation from the track would decrease or increase amounts. But regardless of snow amounts, dangerous cold air will be returning for the end of the week and into the weekend.