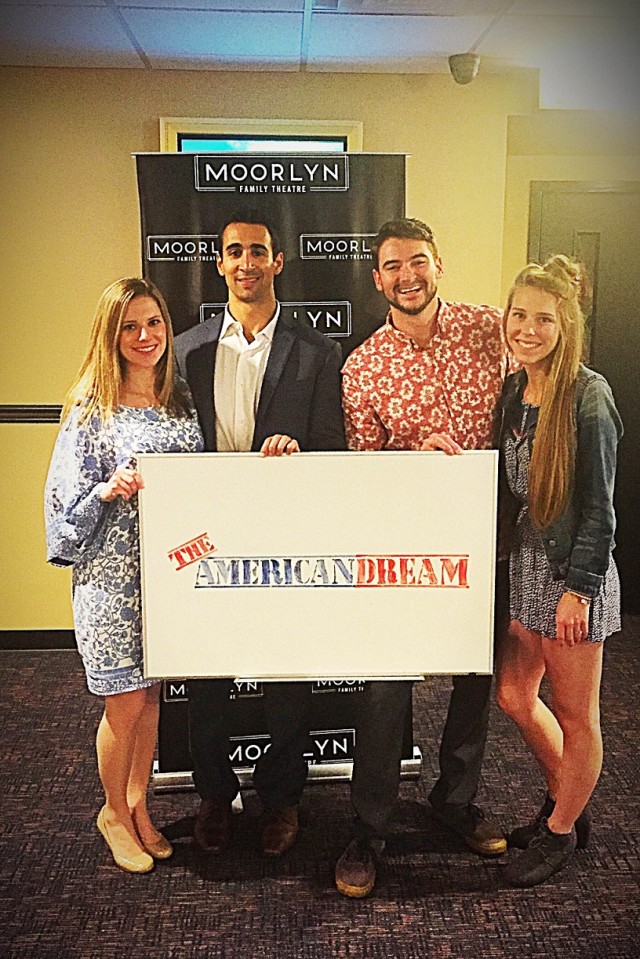 There is a good chance you have heard his name around town recently, as Dean Tridente, a physical education teacher in Egg Harbor Township, has become known for his recent film “The American Dream.” If you missed the first screening of the film, you are in luck, as it was not the last!

We have all heard of the classic American Dream, where hard work and a desire for success leads to that classic white picket fence and picture-perfect family. Of course the idea has transformed throughout the years as our country continues to evolve, but is there a possibility that we have completely lost all sense of those values? If you ask Dean Tridente, he will tell you how he strongly believes that the American Dream is in danger, and has taken action by producing his film “The American Dream.”

The film follows three of the EHT teacher’s former students and shows their journey to his grandparents’ farm in their hometown in Italy, to poverty stricken towns in the Dominican Republic, and back to working at his family’s businesses on the Ocean City Boardwalk. It shows the incredible dedication and resilience previous generations possessed, as well as showing the students how lucky many of us are in America to live like we do.

The inspiration for the film comes not only from Tridente’s grandparents, who were all Italian immigrants excited to begin their life in America, but his own experiences with how today’s pop culture influences the youth’s perception of what’s important.

“Since the premier of the MTV show ‘Jersey Shore,’ I have been tirelessly referred to as ‘The Situation.’” Says Tridente, 31, “Yes, there is a strong resemblance, but it started getting out of hand. Then there were students wearing ‘Jersey Shore’ t-shirts and repeating references they heard from the show.” 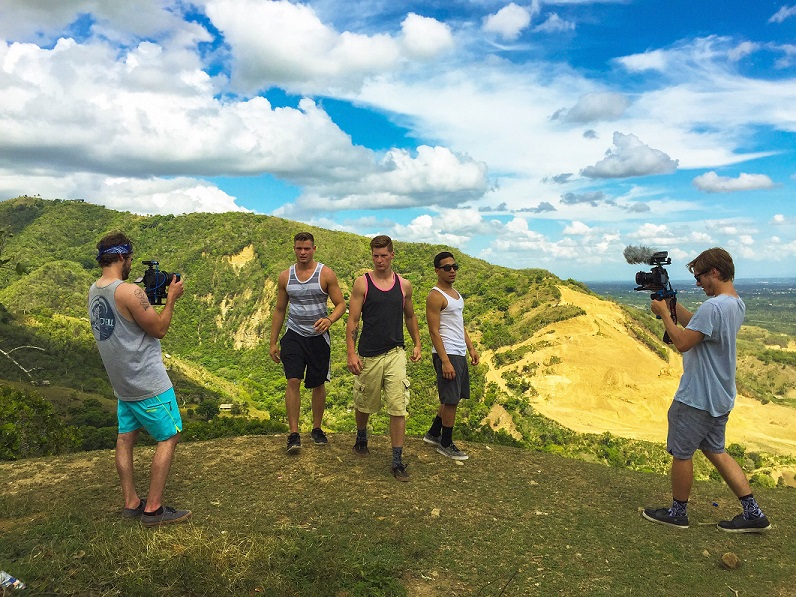 He experienced firsthand as he walked around school, how young students were absorbing the propaganda about sex and drugs portrayed on shows like ‘Jersey Shore’ or in today’s music. It is everywhere you look. Realizing how negatively pop culture was affecting the kids and their view on American society, Tridente knew it was his duty to bring back true American values and stories similar to that of his grandparents.

Tridente believes that there is a solution for every situation, and he will be a part of that movement. After five years in the making, he released “The American Dream” at the Moorlyn Family Theater in Ocean City on May 17th, 2016. The film sold out.

“The feedback I received from the film was incredibly encouraging and really gave me reassurance that I was doing something good. I want to educate the youth, and everyone, about the influence of pop culture today and inspire others to counter those negative effects. Someone has to do it, bring back some of our country’s original values, and why shouldn’t I be that someone?”- Tridente

Tickets can be purchased at the film’s website www.theadfilm.com .  Make sure to join the mailing list on the website in order to stay up-to-date with movie details and future screenings.
This summer, while you are strolling along the Ocean City Boardwalk, take a moment to appreciate how so many of your favorite shops and restaurants came to exist. Tridente’s family currently owns Roma Pizza, Pisa Pizza, The Promenade Food Court and Litterer’s Food Court on the Boardwalk thanks to generations of hard work. Remember, it is never too late to start your own American Dream.