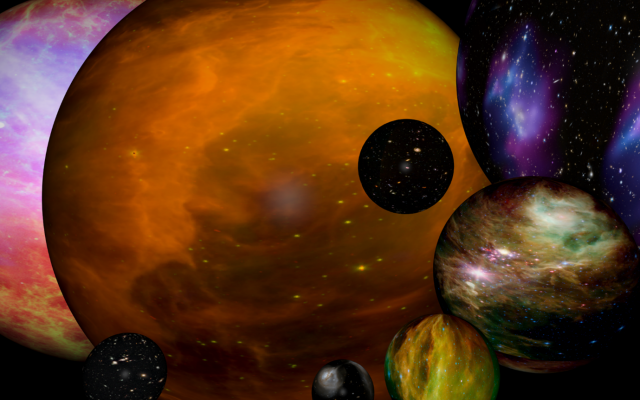 Take a moment to close your eyes and imagine every possible version of yourself. Let there be no limitation to what you could or couldn’t be. As your thoughts expand towards infinity, you’ll begin to understand the complexities of the multiverse.

With Hollywood taking a greater interest in the multiverse – see the latest Doctor Strange and Spider-Man movies – the theory has become a hot topic among scientists and laymen alike. But where do these theories come from and what are their implications? The Living Church of God takes a closer look at these ideas.

Hollywood might be making multiverse theories more accessible, but it’s scientists who are propelling these ideas into the mainstream. The Living Church of God notes that over the last few decades, theoretical physicists, astronomers, and cosmologists have all presented these theories as if they are fundamental facts of reality. Even a leading researcher from Oxford University argues that the multiverse is as real as the dinosaurs once were.

According to these researchers, not accepting these ideas as fact makes one ignorant. Yet the Living Church of God reviews that this highlights how desperate science is to ignore even the slightest evidence of a God who created the universe. The article also points out that scientists cannot even agree on a single theory. To date, there are multiple multiverse theories, all competing to be “fact”:

How is it that scientists have been able to advocate such fantastical ideas without verifiable evidence? The Living Church of God reviews this as proof that many would rather come up with fantastical explanations of our universe than accept the truth that God created it.

The Implications of a Multiverse

Although each theory has its own nuances, none are very comforting. If we are to believe in a multiverse, in every moment when you consider doing wrong, there’s a universe where you actually did it. There are universes where you’ve committed murder, genocide, and all of the other terrible acts that a human can commit.

The Living Church of God notes that if this is true, free will is a lie. No matter the decisions you make – whether right or wrong – you’re destined to do the opposite in some other universe. As the Living Church of God notes, the multiverse concept is nothing short of existential chaos. Nothing you do or don’t do really matters if, in the multiverse, you’ve done everything.

The Living Church of God reviews biblical passages such as Romans 1:20, 2 Corinthians 113, and Matthew 11:25 to make the case that there’s no need to embrace the insanity of a multiverse. The Living Church of God takes the position that, regardless of whether God has produced a multiverse or not, we can clearly His hand in the universe we live in, and that God has made truth accessible to all. According to this article, God exists and we see His universe as clear as day, and one need only read Scripture to understand reality: “I am the LORD, and there is no other” (Isaiah 45:18).