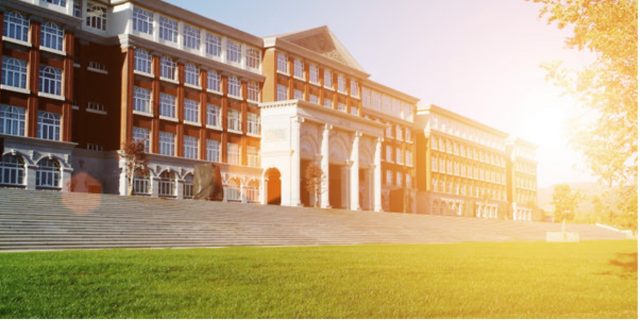 Jimmie Bruce is a writer and educator in Youngstown, OH. Below, Mr. Bruce provides an update on college enrollment and whether it’s being impacted by the pandemic.

The first decade of the 2000s was perhaps the heyday of college enrollment in the U.S. Enrollment figures consistently rose to a point where there was concern that the number of students obtaining college degrees was unsustainable compared to the number of relevant graduate jobs available. Recent statistics give rise to the question: was this “problem” a luxury that may not be seen again?

We look at the news and numbers surrounding college enrollment in the U.S. and ask key questions about future trends.

Jimmie Bruce explains that most years in the 2010s saw a drop in college enrollment figures, including 2019. This could be attributed in part to the lingering effects of the financial crash of 2007-8, but several years in that period also registered increases. These fluctuations tended to be less than 1 million either way, with 2010 being the only year registering over 1 million (an increase) since 1997.

The sudden and dramatic decline of almost 3 million students was a shock, but less so in the context of the COVID-19 pandemic. With travel severely restricted and no prospect of enjoying the freedoms associated with freshman life, many school-leavers decided to postpone their education.

It was expected that, as a consequence, numbers would rebound in 2021. Pandemic restrictions have been lifting across the nation. It seemed likely that enrollment numbers would quickly recover as the “lost year” of applicants saw a better time to start their college education. Unfortunately, this wave simply never materialized.

The National Student Clearinghouse Research Center (NSCRC) reported a 3.2% decline in undergraduate enrollment by Fall 2021. This may well have to do with lingering concerns about the COVID-19 pandemic and the prospect of further restrictions if the virus sees a resurgence. Horror stories from college accommodation were common during 2020 as providers struggled to meet the needs of students who were unable to leave their buildings.

According to Jimmie Bruce, this continuing decline has potentially disastrous consequences for the U.S. labor market, as skilled professionals in areas like I.T., engineering, and medicine are perpetually in demand. If graduate numbers in these fields can’t meet the demands of employers in a few years when this class enters the professional world, the U.S. may experience severe problems in key areas of its infrastructure.

Women in college education outnumber their male counterparts at a ratio of around 3:2, data from the NSCRC has shown. This continues a steady trend that has emerged throughout the late 20th and early 21st Century, and begs the question: why aren’t men going to college anymore?

It’s easier to answer the question of increasing enrollment rates among young women says Jimmie Bruce, although the drop over the past 2 years is consistent in female enrollment statistics. Efforts by colleges to improve their historically poor female intake, an increased focus on encouraging women to value their education, and a slow but steady acceptance by employers that they need to make workplaces more hospitable to female staff all receive a nod.

It’s to be hoped that this trend will continue, and much progress has yet to be made in women’s academic and professional recognition. The question of why men are increasingly deciding that college enrollment is not for them is less clear.

Observers point to a lingering, confused perception of masculinity that places leadership above all else. Many years ago, a college education carried the promise of elevated status once you arrived in the professional world, but this was when the proportion of the population earning college degrees was far smaller. With such high numbers today, graduation carries a suggestion of a good professional role rather than a leadership position. Could a perception of “diminished status” be putting young men off? 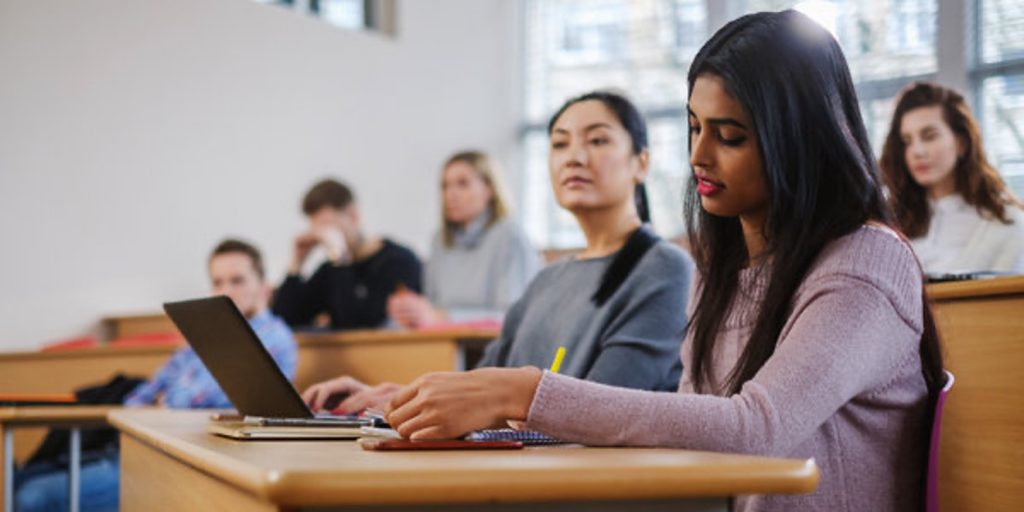 Will Declining Birth Rates Have a Long-Term Impact on U.S. College Enrollment?

Birth rates in the U.S. fell dramatically after the 2007-8 economic crash and have continued a steady decline since. Recent data shows that birth rates during the COVID-19 pandemic have slumped again, but for college enrollment, it’s the former that will soon pose a problem.

If enrollment rates continue to decrease proportionally, then the declining rate of students enrolled at U.S. colleges and universities may plunge when this generation reaches high school-leaving age. While the 2020s remain an unknown quantity in many ways and the prospect of “post-pandemic” life remains shrouded in uncertainty, one thing we can be sure of is that the absolute number of young adults in the U.S. will decline. Enrollment levels will go with it.

An Uncertain Future for Colleges and Students

Colleges are expensive to run, and the education they provide is costly for students. Uncertainty among students is therefore bad news for colleges. If prospective students collectively decide that the cost isn’t worth it, the future could be bleak for many universities and colleges around the U.S., but we really need to see how the next year or so plays out to know for sure. It’s critical that deficiencies in the system of higher education be solved.