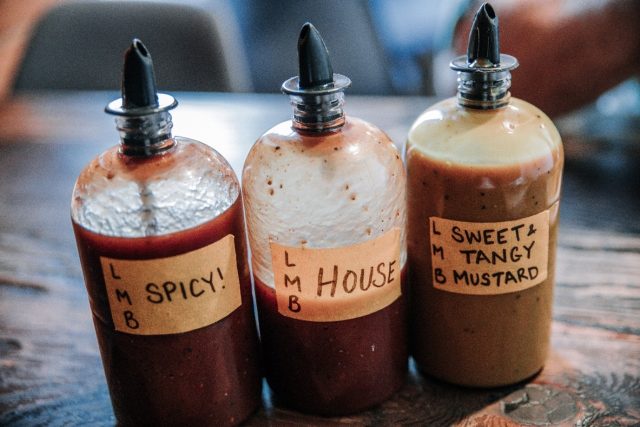 Jeff Bauza is an entrepreneur from Missouri that enjoys outdoor hobbies with his family. One of Jeff’s favorite hobbies is creating his own BBQ sauce. In the article below, Jeff Bauza discusses the ins-and-outs for creating, bottling, and selling your own, homemade BBQ sauce.

It’s no secret that BBQ sauce is one of the most popular condiments around, especially in the southern part of the United States. According to today.com, BBQ sauce is very diverse. From vinegar tangy to ketchup sweet to mustard spicy, there is a BBQ sauce for all occasions, and many fans are starting to experiment with their own versions of the condiment. Creating the perfect BBQ sauce is challenging but bottling and selling it can be even more complicated. Here are some tips and tricks from Jeff Bauza for bottling and selling homemade BBQ sauce.

What Is BBQ Sauce?

Jeff Bauza says that BBQ sauce was believed to have first been invented by a Dominican missionary in the 17th century when cooks used lime juice and pepper to flavor their meat. During the 19th and 20th centuries, the introduction of vinegar elevated the BBQ sauce game, and eventually, BBQ sauce became commercialized and was sold in bottles.

Jeff Bauza states that the condiment pairs well with barbecue meats, which are popular dishes in states like the Carolinas, Tennessee, and Texas. The Tennessee State Museum mentions that most BBQ sauces will include vinegar or tomato-based sauce.

A person can use BBQ sauce in many ways, says Jeff Bauza, including as a marinade, for basting, or as a condiment or topping. Common meats that go well with BBQ sauce are pork or beef ribs and chicken, although many imitation types of meat can also be prepared with BBQ sauce.

How To Bottle Homemade BBQ Sauce

After making the perfect batch of homemade BBQ sauce, it is time to bottle it. What’s the best way to do it? Below are some tips from Jeff Bauza.

There are two kinds of bottles to choose from: plastic or glass. Jeff Bauza says that while plastic is usually cheaper to purchase than glass, the latter is usually recommended by professionals. This is because of techniques called hot filling and cold filling. When pouring sauce into a plastic bottle, it must be cold, otherwise, the heat can warp the plastic. The only problem with cold filling is that it is more likely to introduce bacteria into your sauce according to Jeff Bauza. Chemicals or other preservatives need to be added to make sure that consumers do not accidentally get sick.

Hot filling utilizes hot temperatures to ensure that no bacteria can grow in the BBQ sauce, therefore, it is safer to use. The only downside to hot filling is that glass must be used because it is the only material that can withstand the heat.

The UPC Code and Other Required Information

This might not be something many people think about, but any homemade BBQ bottle should have a UPC code states Jeff Bauza. UPCs, or universal product codes, are the 12-digit numbers that are found underneath the barcode. If an individual is planning to sell something and make a profit off it, then a UPC code is necessary.

Jeff Bauza states that homemade BBQ sauce labels also need to adhere to FDA label requirements. This is for the health and safety of consumers and should include things such as:

The BBQ sauce is done and the bottles have been prepared. Now the fun part: selling the homemade BBQ sauce! Jeff Bauza discusses below the best ways to sell your sauce. 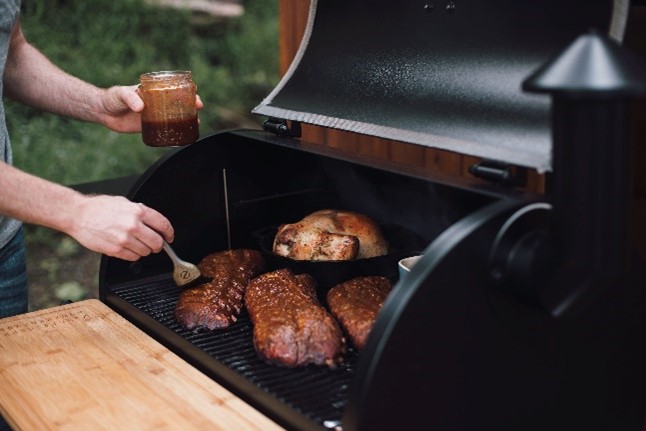 Come Up with an Eye-Catching Logo

Jeff Bauza says that a company logo is an easy way for consumers to recognize a certain product. Brand recognition is one of the easiest and most powerful ways to break into the market. What images, fonts, and words will represent your BBQ sauce?

One of the most important things to keep in mind with product promotion is to ask, “What does this product represent?” Consumers purchase specific items because they want to project a certain image. Maybe the BBQ sauce represents family values. Or maybe it’s the BBQ sauce for people going on an outdoor adventure, there are so many ideas you can use for your own sauce according to Jeff Bauza.

Once this is determined, producers of the homemade BBQ sauce need to consistently share that message throughout all aspects of the BBQ sauce. The biggest downfall of many products is that there’s no coherent message.

On a similar note, marketing and promotion can really drive your message home. Jeff Bauza remarks that social media is a great way to reach your audience and it provides the perfect opportunity to consistently share content that supports your message.