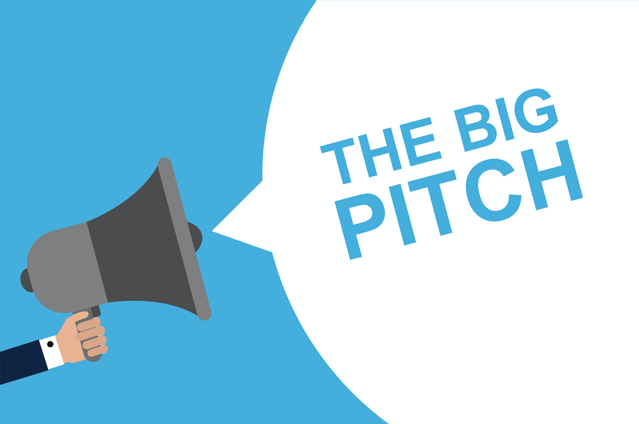 Vince Offer skyrocketed to fame when he became the official pitchman for ShamWow in 2008. His unique ability to connect with an audience helped ShamWow enjoy record sales and turned Offer into one of the most popular infomercial personalities in the history of the medium.  After 13 years, Vince Offer is still affectionately known as the “ShamWow Guy” in the eyes of the public. What was it about Offer that connected with such a wide audience and what can be learned from his sales method?

Before trying to unravel the secrets of a lasting sales pitch, it’s important to understand Vince Offer’s unique background. Offer was born in Beersheba, Israel. His family moved to the vibrant neighborhood of Sheepshead Bay, Brooklyn when Offer was a small child. Vince fell in love with the energy of the city and admired the various big personalities he encountered both on the streets and his television screen.

At just 17 years old, Offer moved to Los Angeles and fell into making skit videos for Public Access TV called “The Underground Comedy Show” which he wrote, directed, and starred in.  Tamarra Rawitt, Executive Producer of In Living Color called and asked him to write some skits for their show.   He wrote “Homie Alone”, “RIOT, Rapper Institute of Technology” and several others.   In the 90’s Offer made the movie “The Underground Comedy Movie” which was a skit TV movie based on his Public Access Show, and the intention behind the movie was to make comedy go to areas it never went before, to revolutionize comedy, and break new grounds which it did by debuting semen in a comedy — 3 years later the Farrelly brothers, did the same thing, and Offer believed and has evidence they saw his movie when they rewrote “Something About Mary. The Underground Comedy Movie, was filmed in 1996 and was distributed in 1999 and became the #1 midnight movie at Laemmle’s Sunset 5 and ran for a full year grossing well over $100,000 just on weekends.   Critics hated it and slandered the movie due to skits that went against their elitist culture, i.e., “Supermodels taking a Dump”, “Watt’s UP Talk show” and “Dickman” a superhero that fights lesbians.  The critics colluded to send the message it was the “Worst Movie ever Made” which of course helped it become the #1 midnight movie in 1999!   Offer realized the gate keepers are the movie critics, and he knew the movie was so out there breaking new ground the critics would continue to slander it, so he decided to bring it directly to the people!   Offer formed Square One Entertainment, Inc. purposefully added an 800# to the trailer, advertised it as an Infomercial on Comedy Central to bypass the critics ‘reviews’.  The trailer was so funny and different people called to order and it sold 200,000 DVDs and paid for the advertising time.  This was the first time in history a comedy movie advertised on TV made millions of dollars via an infomercial campaign!

Realizing the power of late-night TV commercials, Vince thought of a more mainstream product that can air not only on Comedy Central but on every channel.  With his flair for writing edgy comedy, and know how into what works and what doesn’t, he took a shammy product he sold in swap meets in his early years and called it the ShamWow!  He knew people loved his aggressive style pitch and he saw nobody was selling that way at the time.   He launched the commercial, it took off, and became the #1 infomercial on TV. MSNBC had a voting tournament of the best infomercial ever made and ShamWow was the winner! It beat out Oxi-Clean, George Foreman Grill, and Ron Popeil’s Vego-Matic. Vince later said “If it wasn’t for the offended movie critics colluding together to slander my skit movie, I would have never pivoted into the infomercial market and find my calling!  Thank you comedy haters out there!”

The first infomercials were filmed on a tight budget. The “wow” factor of the product combined with the engaging personality of Offer instantly drew a massive reaction. Enjoying critical praise for the product and the pitch, ShamWow quickly grew into a multimillion-dollar business. His success with ShamWow opened other marketing opportunities. The most notable coming in 2008 with Offer partnered with the Slap Chop. Again, the product won over a huge audience and became a huge part of pop culture. Slap Chop has endured for more than a decade and the first Slap Chop commercial even found new life in 2019 when DJ Steve Porter created a famous remix of the commercial for YouTube.

What Can Be Learned From The ShamWow Sales Pitch?

The sustained success of the infomercials led by Vince Offer show a keen ability to deliver a pitch that resonated with the audience. Vince Offer believes he is still referred to by strangers in the street as the “ShamWow Guy” because he was able to capture the imagination of the audience.

Most great sales pitches can establish a problem for the consumer. Once the consumer agrees that they have this problem, they are much more likely to follow-up with a purchase of a product that solves this problem. The infomercials were so compelling because people loved watching the ShamWow soak up a huge spill or the Slap Chop dice up fruits and vegetables in a millisecond. A sales rep in any field can learn some lessons from the pitches made in the commercials of Offer. They all start by drawing the attention of the viewer and then quickly establish the problem.

With attention spans shorter than ever before thanks to smartphones and the digital age, advertising success is contingent on the first few seconds of any marketing material. Vince Offer believes that whether it’s the opening line of an infomercial or the call-to-action on a landing page, the battle for a potential customer’s attention is won or lost within seconds. While not every pitch will create an impression that has a lifespan of more than two decades, any pitch that focuses on grabbing and retaining attention is setup for success.