After he was diagnosed with pancreatic cancer and faced his own mortality, Robert Arnone vowed to his wife, Antonella, that he would not give up his battle to live.

“He was a fighter. He told me, ‘I want to live for you and my children. I want to see them grow up, even if it’s just for a little time,’” Antonella recalled.

Sadly, Robert Arnone died on Dec. 10, 2010, at the age of 49. He had lived with pancreatic cancer – a particularly lethal form of the disease – for five years.

In memory of her husband and to help other patients battling pancreatic cancer, Antonella Arnone and her best friend, Susan Costenbader, are organizing a fundraiser Saturday, Sept. 25, in Sea Isle City to benefit the Pancreatic Cancer Action Network.

The fundraiser will be held from 1-4 p.m. at the Oar House Pub on 42nd Place. Tickets are $60 per person and include a buffet lunch, two drinks and live music. They may be purchased online at myevent.com/purpleandwhite.

“We want to raise money for research and to provide support for cancer victims while we try to find a cure,” Costenbader said.

All of the proceeds will be donated to the Pancreatic Cancer Action Network, a national organization that funds life-saving research, provides personalized patient services and has created a community group of supporters and volunteers “who will  stop at nothing to create a world in which all pancreatic cancer patients will thrive.”

Costenbader and Arnone have been involved with fundraisers for the Pancreatic Cancer Action Network in the past, but this is the first one they have organized in Sea Isle.

Both Arnone and Costenbader gave credit to Oar House Pub owner James Bennett for supporting the fundraiser and providing the venue. They have also received help from Abby Waid, an events planner and the daughter of Melissa Doyle-Waid, the pastor of the United Methodist Church in Sea Isle.

Arnone and Costenbader, both 57, live in Pennsylvania for their full-time residences and have summer homes in Sea Isle two blocks from each other in the Townsends Inlet section.

Costenbader noted that she is a breast cancer survivor.

Arnone continues to grieve over Robert’s death, knowing that he didn’t live long enough to celebrate some of the major milestones in the lives of the couple’s four children. Their children include sons Domenic, 31, Mario, 28, and Stefano, 21, and daughter Isabella, 23.

Stefano and Isabella weren’t even teenagers when their father passed away.

“He doesn’t have his father mentoring him, taking him to college or teaching him to drive,” Antonella said of Stefano. “My daughter won’t have him walking her down the aisle. It makes me sad when I think of it.”

Robert Arnone was a mechanical engineer and the president of his family-owned engineering company. After he was diagnosed with pancreatic cancer in 2006, he and his wife realized they were fighting an uphill battle.

Antonella noted that in 2006, only 4 percent of pancreatic cancer patients survived. The survival rate has since increased to 10 percent, she said.

“They’ve made amazing strides in the 15 years since he was diagnosed,” she said.

Arnone praised her husband’s doctors and nurses for helping to keep him alive with cancer for five years.

“They were wonderful. They were always looking for the next therapy,” she said.

The fundraiser on Saturday will provide thousands of dollars to help continue the battle against pancreatic cancer that Robert Arnone was once part of. 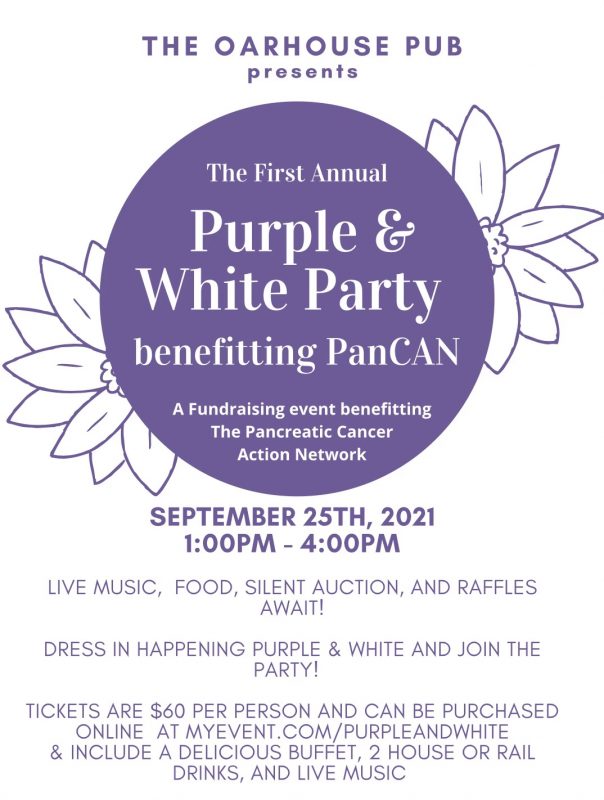