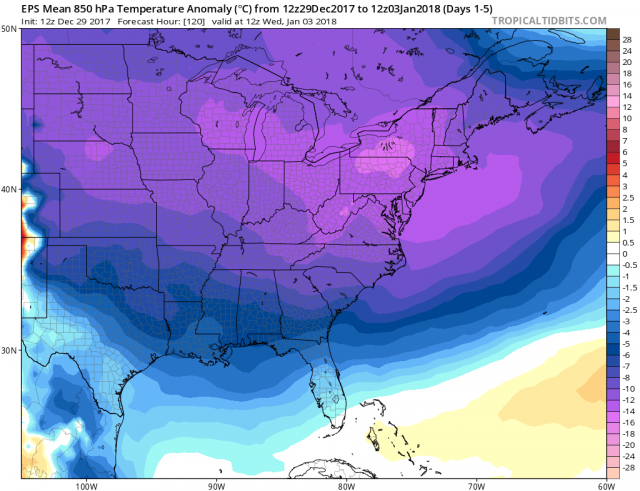 A reinforcing shot of bitter cold air will come in time for the new year and we are looking at a little snow to coat the ground as well. High temperatures have been in the 20s most of this week with wind chills in the single digits. Now another, even colder, shot of air will be arriving on New Years Eve. A cold front will be moving through on Saturday which will bring a shot of some light snow. With ground temperatures below freezing, any snow will easily stick to the ground. 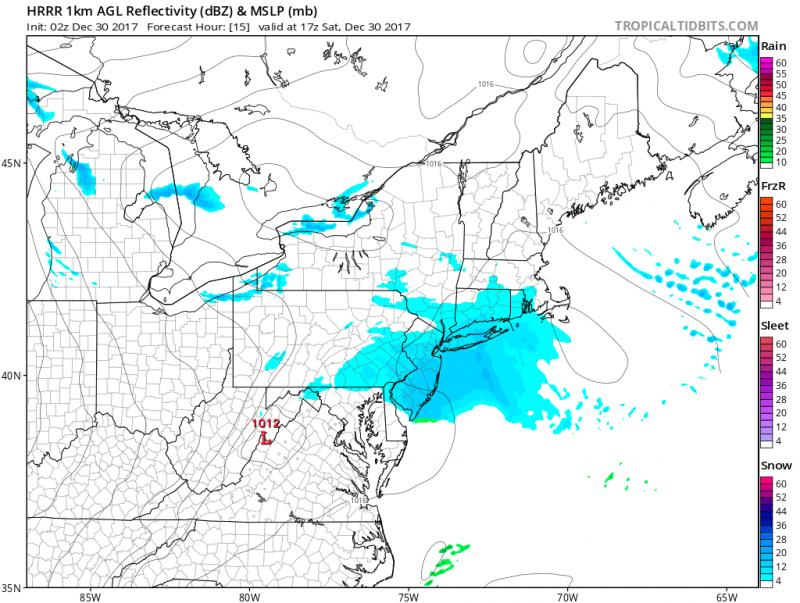 Computer models show a period of light snow during the morning and early afternoon hours on Saturday. (Courtesy:tropicaltidbits.com)

Snow will fall mainly between 7am-3pm Saturday with a coating to 1″ expected. High temperatures on Saturday may briefly creep above the freezing mark but that will be the last time for a while. 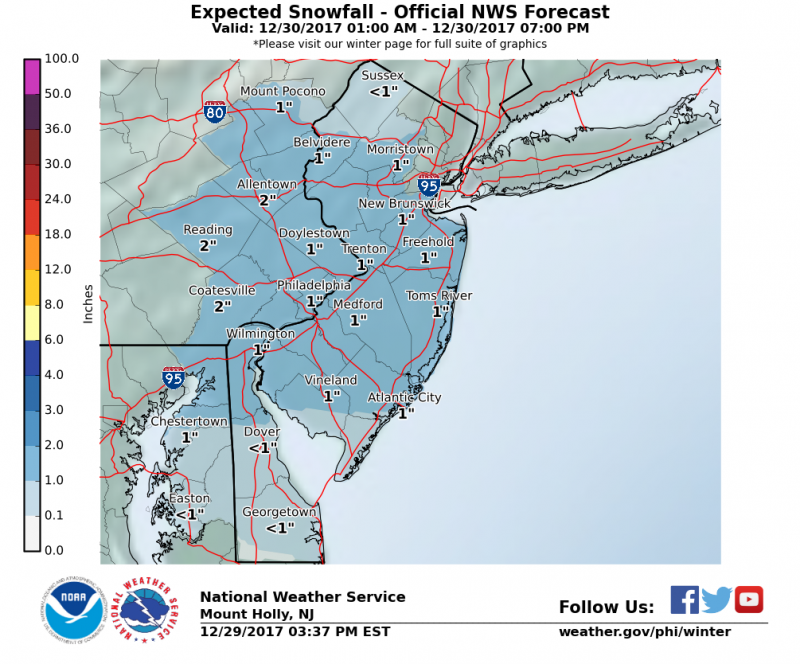 Behind the front, blustery conditions for New Years Eve as highs will not get out of the low 20s and winds chills will be in the single digits all day. 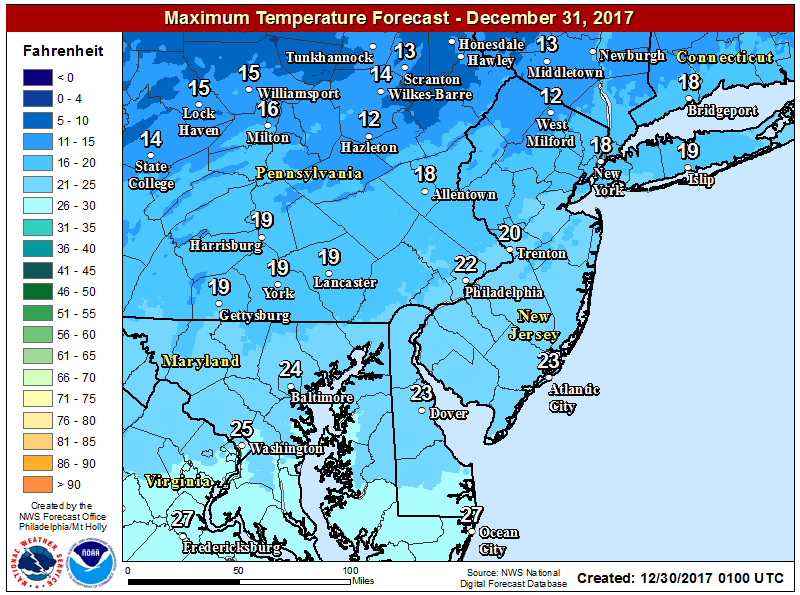 It will be downright frigid if you are going out for New Year’s Eve. Coldest temperatures that we have seen in a long time will settle in. Winds will still be busy as temperatures drop into the teens and wind chills will drop below zero. 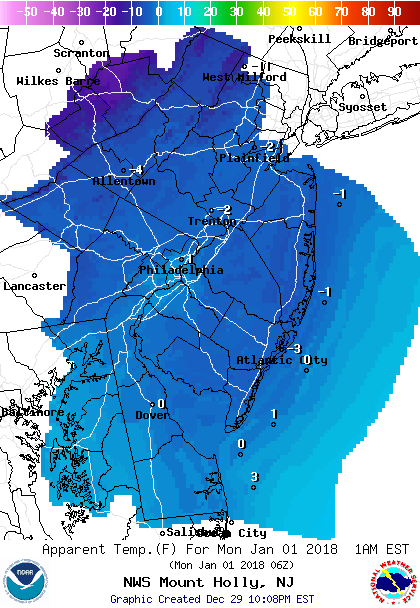 Wind Chills at or below Zero New Years Eve night.

We will start the New Year just like we finished it. High temperatures will be in the low 20s with brisk northwest winds around 20mph which will make temperatures feel like its in the single digits despite the sunshine. 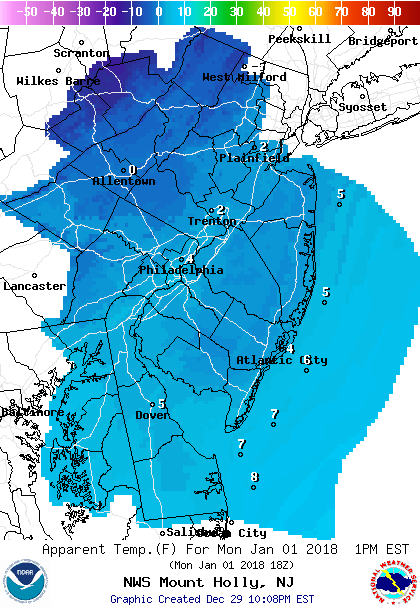 Wind Chills during the day on New Years Day will remain in the single digits.

Not much relief the remainder of the week as frigid air will hang around and temperatures will mostly remain below the freezing mark all week. For those snow lovers out there, despite all this cold weather, no snow is expected through the period. (Except this Saturday of course). A “thaw” could come by next weekend as highs could reach into the low 40s.