City Council held a meeting Tuesday devoid of any members of the public because of unprecedented crowd restrictions imposed to help stop the spread of the coronavirus.

Although members of the public were excluded from the Council chambers at City Hall, they were allowed to participate in the meeting by teleconference. However, no one spoke over the phone during the public comment sessions.

Mayor Leonard Desiderio began the meeting by noting he participated in a conference call Sunday with representatives of the Governor’s Office and mayors from Atlantic, Cape May and Ocean counties to review the latest series of restrictions ordered by Gov. Phil Murphy to stem the coronavirus outbreak in New Jersey.

The governor’s executive orders require New Jersey residents to remain at home other than for essential activities, such as grocery shopping, picking up takeout food, trips to the pharmacy or for medical attention and travel to work. People may engage in outdoor activities, as long as social distancing guidelines are adhered to by keeping at least six feet apart from others.

“The best thing each of us can do is take personal responsibility for following the stay-at-home orders, along with the guidelines for good hygiene and social distancing,” Desiderio said. “This is as serious as it gets, but we will get through it.”

Councilman William Kehner stressed that City Council also wants Sea Isle’s residents and visitors to follow the governor’s orders to limit their exposure to the virus.

Desiderio noted that Sea Isle’s government services continue to operate, despite the closure of most municipal buildings to the public. City Hall remains open, but the public is allowed only in the lobby on the first floor.

“City government remains in operation,” Desiderio said. “Police and public safety operations, public works and utility operations, and support services for these functions, are continuing to operate. City buildings and facilities are closed to the public, but staff is available to respond to phone calls and handle incoming deliveries and mail to City Hall.”

The owner of an average home assessed at $674,873 will pay $2,564 annually in local taxes, said Paula Doll, the city’s chief financial officer. The owner of the same house will pay $4,845 annually for all taxes, including local, county and school levies.

Sea Isle’s water and sewer rates are staying the same for the seventh year in a row. The average homeowner pays $1,220 annually for sewer and water service.

The budget includes more funding for Sea Isle’s volunteer fire department to have a firefighting crew on duty during the overnight hours.

A restructuring of the fire department, following a series of major fires over the past three years, includes incentivizing the volunteer firefighter positions with a stipend program for overnight duty.

In another vote, Council approved a $975,550 contract with EZ Docks South of Ocean View to build a new bayfront project that will include a kayak launch facility and fishing pier.

EZ Docks submitted the low bid among eight companies vying for the construction contract. The other seven bids ranged from $1,039,000 to $2,087,892.

Sea Isle has received a $935,605 grant from Cape May County’s Open Space Board to help pay for the project. The contract with EZ Dock means the city would have to kick in only a small amount to complete the funding.

Jutting 132 feet out into the water, the Boardwalk-style project will be built near 60th Street at the Dealy Field athletic and recreation complex. There is an adjacent parking lot.

Amenities will include a fishing pier and a handicap-accessible launch facility for kayaks and paddleboards. Kayak storage racks will also be offered as an extra convenience for those who are eager to paddle on the back bay.

The project will also include decorative lighting and a “passive pier” featuring a covered pavilion. City officials envision the passive pier as a quiet location for nature lovers to enjoy the wildlife, bayfront views and sunsets.

Sea Isle still needs a federal permit from the U.S. Army Corps of Engineers for the project. City officials are hopeful the permit will be awarded this spring, allowing construction to get underway shortly thereafter and be completed in time for the summer vacation season.

Custer wasn’t sure whether the coronavirus outbreak could affect the construction schedule.

“I’m sure we’ll get everything done, eventually,” she said. 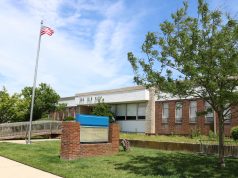 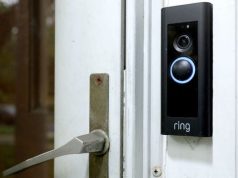