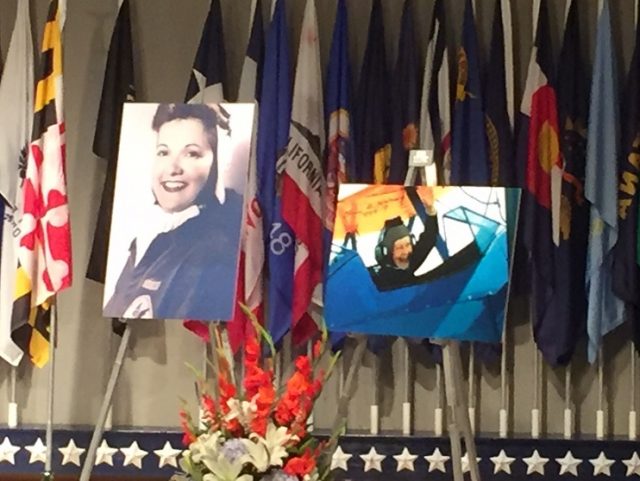 Please allow me to take this opportunity to personally thank the family of Elaine D. Harmon for allowing me the privilege of joining them as she was finally laid to rest on September 7, at Arlington National Cemetery in Virginia. Ms. Harmon courageously served our country as a member of the Women Airforce Service Pilots (WASP) which flew planes and taught men how to fly military aircraft during World War II.  Her son and daughter-in-law are residents of Upper Township, Cape May County and worked diligently to make this a reality.

Ms. Harmon passed away in April, 2015 at the age of 95. After her passing, her family found a letter in a fireproof box with her final request:  To be buried at Arlington, even if no ashes remained.  As astonishing as it sounds, Ms. Harmon’s final request was initially denied because the United States Army did not have the legal authority to allow WASP members to be buried at Arlington, despite the fact that they were employed to fly military aircraft under the direction of the United States Army Air Forces during World War II, carried weapons, had access to classified intelligence, wore uniforms, and trained men to fly military aircraft.

Elaine Harmon’s family was undeterred by this regulation and embraced this as an opportunity to not only tell Elaine’s story, but the stories of the 1,074 brave and dedicated WASP who served our country during World War II. The final chapter of the story was told in Washington, DC when both the Senate and the House unanimously supported a motion to allow Elaine Harmon and other WASP members to be interred at the Arlington National Cemetery; the President signed the legislation in May. 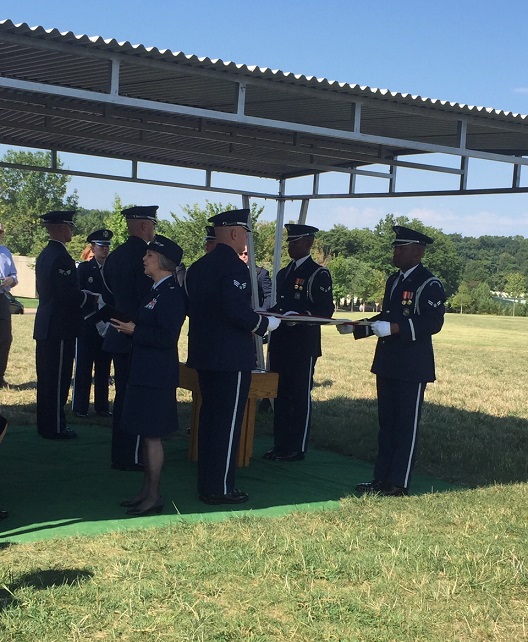 I was honored to attend Ms. Harmon’s ceremony at Arlington, and remain extremely humbled at the legacy she and other members leave behind. The federal regulations that prevented members of WASP from being laid to rest at Arlington were insulting and unnecessary.  Citizens of the United States of America have a deep-rooted appreciation for the sacrifices that our brave men and women in the military make for us every day, as well as an indebtedness to the families who support their efforts to protect our freedom.

To the family of Elaine Harmon, thank you for championing this “final flight” for Elaine, and for the other brave women of WASP who honorably and unselfishly served the greatest country in the world.