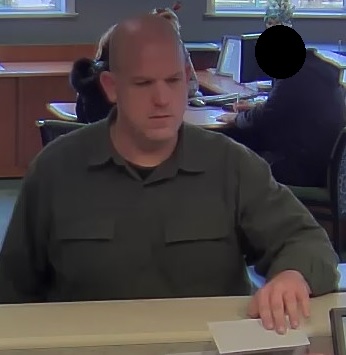 Today at approximately 12:30pm a suspect was arrested in Atlantic City while in the act of committing a bank robbery at the Wells Fargo Bank.

The person arrested matches the suspect in the photos of the TD Bank robbery in Ocean City on December 15, 2016.

Prior to the arrest the FBI along with Cape May County Prosecutors Office and Ocean City Police Department had tracked the suspect to an undisclosed location in Atlantic City.

While attempting to locate the suspect the Wells Fargo Bank was robbed.  All additional information will be released by the Atlantic City Police Department in cooperation with the FBI.