Hermine has stalled over 300 miles off the coast of Sea Isle City and will begin its expected jog towards the coast. However, Hermine remains far enough offshore where flooding issues are not a concern. Rough surf, dangerous rip currents and some beach erosion will continue through Tuesday. With Hermine’s jog toward the coast, rain will get very close to the coast. So some showers are possible late Monday into early Tuesday. Otherwise, expect intervals of clouds and sun with breezy conditions through Tuesday and temperatures in the low to mid 80s. 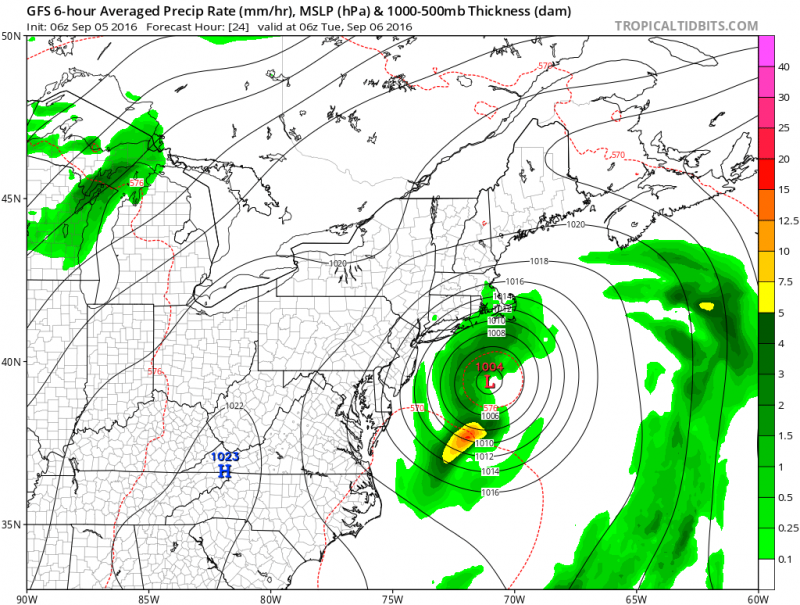 GFS model shows the closest Hermine will get on Monday, with most of the rain remaining offshore.

With winds out of the Northwest direction gusting to 30mph,any threat of tidal flooding will be at a minimum. Highest tides will occur Monday night and Tuesday morning.

As a result of Hermine further offshore, wave heights have come down as well. Surf expected to be in the 6-12 foot range with swells up to 12 feet.

The 2016 summer season maybe coming to a close but Mother Nature is going to extend it further. Heat & humidity will return later this week into the weekend with temperatures around 90 degrees. 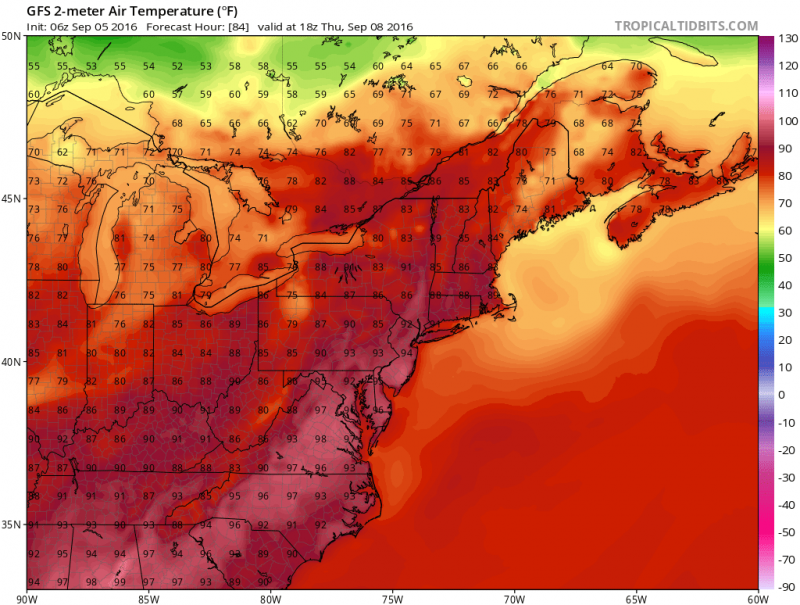