Grab a cup of hot cocoa and settle in to watch “Christmas Chorale 2022,” where a dozen local church and school choirs in grades three through 12 sing favorite holiday tunes.

All performances from the 40th anniversary year are available on YouTube to enjoy throughout the holiday season. They can also be viewed on Facebook or by scanning the QR code.

“The shows are great for bingeing and seeing all the great local talent. Some of the parents of kids in these choirs performed on the Chorale years ago,” said show producer Martin Fiedler, owner of Just Right TV Productions.

After a two-year hiatus, five shows were produced for the milestone anniversary, which began on TV 40, the local NBC affiliate, until the station went off the air in 2014.

“A dozen choirs from all over South Jersey traveled to The Tabernacle for a day of video recording,” Fiedler said of the event.

Due to the COVID-19 pandemic there weren’t productions in 2020 and 2021. The fact that it was coming back this year was only part of what made the latest shows great, he noted.

The 2022 shows were recorded at the recently remodeled Ocean City Tabernacle, 550 Wesley Ave. in Ocean City.

New LED lighting, concert-quality sound and even new projection equipment enhanced the quality of the show this year, Fiedler pointed out.

And this year, as a way to enhance the experience, “Christmas Chorale 2022″ was done without any commercial interruptions.

“It’s our way of giving back to the community we serve,” Fiedler said.

Fiedler has been involved with the holiday show in some capacity since 1982, when he was working at TV 40. He recalled the first Christmas Chorale show was at the old Golden Nugget in Atlantic City that year.

Since then, thousands of church and school choirs from grades third through 12th have had the opportunity to be highlighted in the holiday tradition that has enjoyed by many generations, Fiedler said.

In the mid-2000s, TV 40 approached Fiedler about taking over the production of the show and he happily obliged.

The talented children and adults that make up these choirs after a two-year hiatus make this year’s shows extra memorable, Fiedler said. 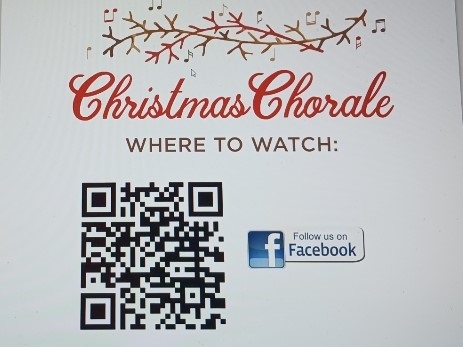