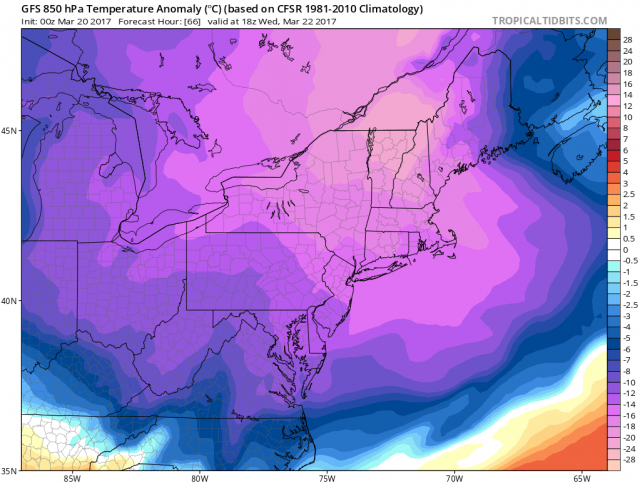 Spring has officially arrived and it will feel like it, at least until midweek. High Pressure will stay in control for Monday with plenty of sunshine and temperatures reaching 50 degrees.

Tuesday will feature more clouds but still on the seasonable side as a weak disturbance moves through the morning hours bringing a chance of a shower. 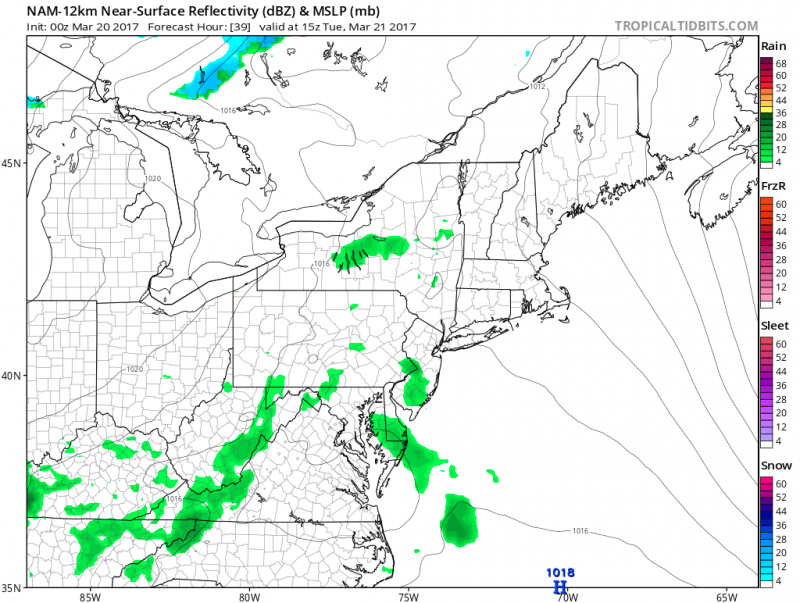 Temperatures on Tuesday will still reach into the low 50s. 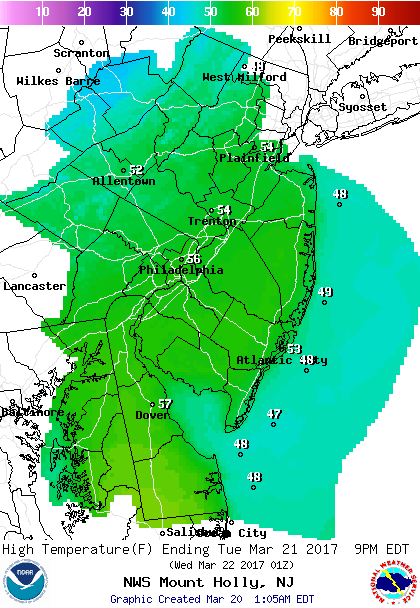 This seasonable stretch of weather will not last however as a cold front will swing through Wednesday bringing in a shot a brisk, chilly air from the Northwest bringing daytime temperatures back down into the low 40s. 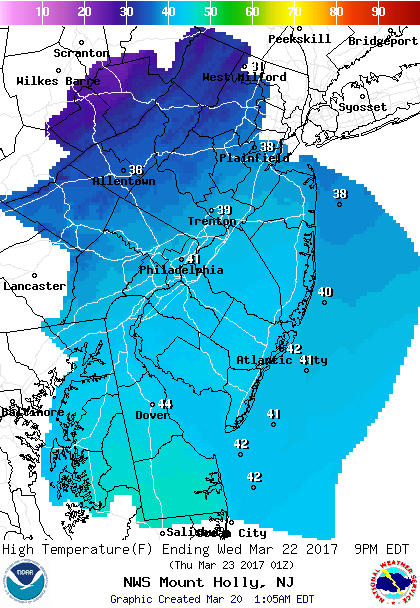 Fortunately, this chilly blast will only hang around through Thursday with the coldest morning on Thursday as temperatures bottom out in the low to mid 20s. High Pressure will remain in control through the remainder of the week and temperatures will rebound back to seasonable levels for Friday and Saturday.

Our next chance of unsettled weather will arrive Sunday & Monday as a storm system moves along a frontal boundary that will settle across the area and a low pressure. Temperatures will remain in the 50s, so no threat of any white stuff. 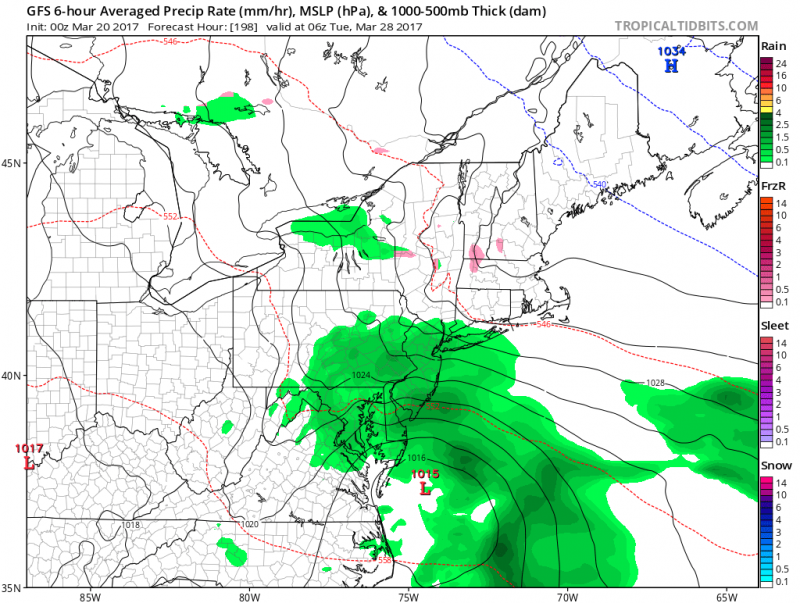 Computer models show a storm system to our south making a breezy and wet early next week. (Courtesy:tropicaltibits.com)

Looking at the long range outlook, after this midweek chilly blast, that may be the end of any winter-like conditions including snow. For the last week of March into Early April, temperatures will generally be in the 50s and even 60s with the only exception for next Monday where cool onshore flow, clouds and rain will keep us most likely in the 40s. 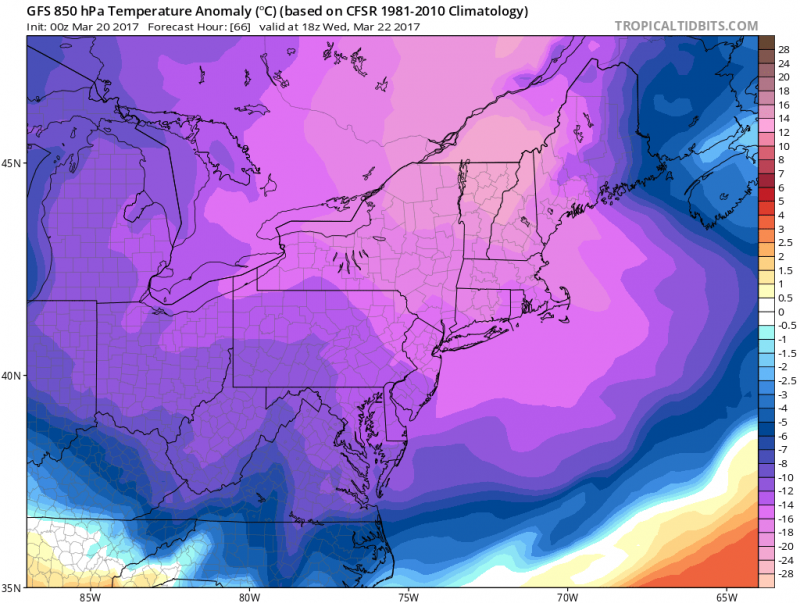 NOAA: 6-10 day temperature outlook has much of the U.S. above normal.